At the lowest monitoring level at the tower, dew point temperature and relative humidity are also reported. 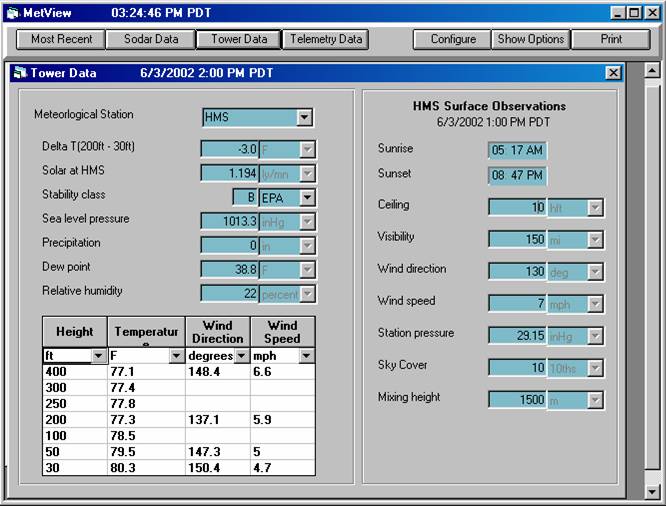 At the Hanford Meteorology Station, the duty meteorologist records selected observations that are read and reported by MetView. These include: