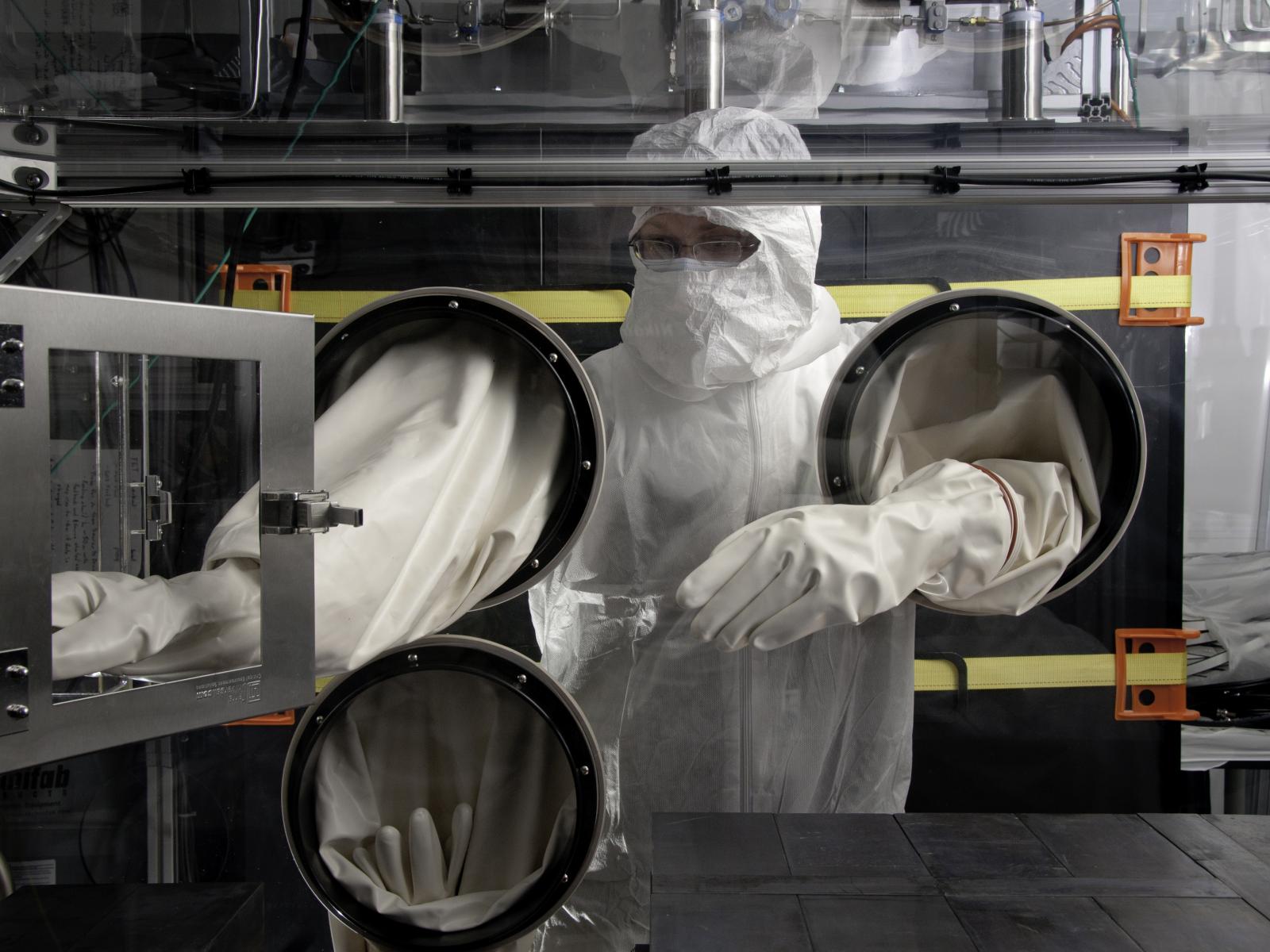 Sixty feet underground, researchers work in clean rooms using an electroforming process to produce high-purity copper with ultra-low levels of naturally occurring radioactivity. The materials, some of the purest ever made, are a key ingredient in sensitive detectors used to advance fundamental physics research and support important security and environmental missions.

This high-purity copper is produced in PNNL’s Shallow Underground Laboratory, one of the most modern laboratory spaces in the Department of Energy complex dedicated to low-background detector system development and production. The depth of the facility shields against radioactive backgrounds induced by cosmic rays, the most difficult source to shield against on the Earth's surface. A cleanroom air filtration system and positive pressure relative to the outside protects the facility from the radioactivity found in dust.

Through advances in materials storage, purity, and fabrication, PNNL scientists build highly sensitive radiation detectors to meet international security and basic research challenges. The nearly 6,600-square-foot facility houses some of the world’s most sensitive instruments to test materials for trace levels of radioactivity and supports international treaty verification to prevent and counter acts of terrorism. The laboratory also plays a significant role in the search for dark matter in the universe.

Take a tour of the lab here.