Putting and pulling electrical power
in and out of chemical bonds

Fossil fuels are one of the most familiar examples of storing energy in chemical bonds. Energy is released when the bonds in chemical compounds, like petroleum, coal, and natural gas, are broken. But, energy is also stored in other chemical forms, including biomass like wood, gases such as hydrogen and methane, and batteries. These other chemical forms are key enablers for decarbonization of our electric grid, industrial operations, and the transportation sector.

Chemical storage to gird the grid and run the road

Hydrogen and other energy-carrying chemicals can be produced from diverse, domestic energy sources, such as renewable energy, nuclear power, and fossil fuels. Converting energy from those sources into chemical forms creates a high energy density fuel. Hydrogen can be stored as a compressed gas, liquid hydrogen, or inside materials. Depending on how it is stored, it can be kept over long periods and is not seasonally dependent like pumped hydro.

Chemical storage can add power into the grid and also store excess power from the grid for later use. Alternatively, many chemicals used for energy storage, like hydrogen, can decarbonize industry and transportation. The flexibility of being able to return stored energy to the grid or sell the chemical for industrial or transportation applications provides additional opportunities for revenue and decarbonization not possible for storage devices like batteries.

PNNL has long held a position of leadership in chemical energy storage. PNNL’s expertise in chemical storage research and development supports the U.S. Department of Energy’s Hydrogen and Fuel Cell Technologies Office, the Bioenergy Technologies Office, and the Office of Fossil Energy. Our capabilities have contributed to the development of hydrogen production technologies, catalysis for hydrogen production and fuel cells, storage infrastructure, and materials development and characterization, including component postmortem analysis and safety.

For hydrogen storage, PNNL is involved in accelerated materials discovery and development, including ceramics, polymers and polymer composites, and catalysts needed to create production systems and storage devices for the chemicals that will store energy in their bonds. Distinctive facilities at PNNL are designed to synthesize these materials and scale-up systems for testing. Additionally, PNNL is at the cutting edge of chemical energy storage in molecules other than hydrogen such as formic acid, ammonia, methanol, ethanol, and other organics.

Advanced characterization capabilities tell researchers how the materials will hold up under severe operating conditions. PNNL conducts performance assessment and validation of the systems under simulated service conditions down to the component level.

Chemical energy storage scientists are working closely with PNNL’s electric grid researchers, analysts, and battery researchers. For example, we have developed a hydrogen fuel cell valuation tool that provides techno-economic analysis to inform industry and grid operators on how hydrogen generation and storage can benefit their local grid. It goes beyond simply determining the levelized cost of electricity by including the values of grid services beyond energy storage. This analysis includes the potential to sell hydrogen on the commercial market. It can also be used to size the electrolyzer, which uses electricity to split water to make hydrogen and oxygen, and fuel cells for highest potential revenue.

For hydrogen generation, PNNL leads development of solid oxide electrolyzer cells that efficiently break down the bonds in water to produce oxygen and hydrogen gas. Our expertise includes:

Other hydrogen production methods we’ve developed include systems to convert landfill gas and other waste gases to hydrogen and solid carbon, which eliminates carbon dioxide emissions, and the Solar Thermochemical Advanced Reactor System, which concentrates solar energy to provide heat for many different hydrogen production technologies.

There are two fundamental ways to store hydrogen—it can be stored in physical containers as a compressed gas or a liquid, or it can be kept using materials-based storage, in which hydrogen is stored in a chemical compound.

For physical storage, PNNL examines carbon fiber tank components and design and manufacturing processes. We’ve developed the “tankinator” tool to project the costs of this type of physical storage.

Hydrogen is converted to electricity using fuel cells that, broadly speaking, operate at either high temperatures or low temperatures. PNNL is a leader in developing high-temperature solid oxide fuel cells. For low-temperature proton-exchange membrane fuel cell technologies, we are addressing critical cost barriers. For example, through PNNL’s Institute for Integrated Catalysis, we are demonstrating a new catalyst that contains ultra-low amounts of expensive platinum.

One of the key challenges for hydrogen infrastructure is the transportation cost. The least expensive way to transport hydrogen is through a pipeline. To access the millions of miles of natural gas pipelines already in place, PNNL is part of a large team evaluating the impact of blending hydrogen with natural gas. In addition, we are leading a team studying the impact of storing hydrogen gas in underground geologic structures.

When pipelines can’t be used, liquid hydrogen is a preferred state to move hydrogen. A liquid hydrogen tanker can replace four to sixteen compressed gas tankers, depending on which compressed gas tanker is used. However, current technologies to convert hydrogen gas to its liquid state typically involve lowering the temperature to minus 423 degrees Fahrenheit, which takes a lot of energy.

PNNL is developing a novel approach using materials with a magnetocaloric property to cool and liquefy hydrogen gas. When a magnetocaloric material is removed from a strong magnetic field, it cools rapidly. PNNL researchers are exploiting this effect to make a new cryogenic cooling system that is twice as efficient as current technologies and has similar or even lower capital costs. PNNL research could reduce the energy, and therefore the cost, required for liquefaction by 50%.

PNNL is part of DOE's Hydrogen Materials Compatibility Consortium (H-MAT), which studies hydrogen interaction with materials. Industry needs to know how materials change and perform under the effects of hydrogen and the impact of temperature and pressure swings that occur during storage and use. PNNL leads studies and testing of polymers that are used for liners, hoses, and sealing valves.

Safety is crucial for the use of hydrogen in energy storage systems. PNNL runs the H2Tools portal for the DOE Hydrogen and Fuel Cell Technologies Office. This portal provides information for first responders to learn more about the difference between handling gasoline emergencies versus potential hydrogen incidents. H2Tools is a one-stop-shop for hydrogen safety, lessons learned, hydrogen properties, and useful calculators.

Converting electrical energy into chemical energy and back again can be an efficient way to store energy for later use. In the case of hydrogen, nothing but water is emitted during the process, so this technology can lead to decarbonizing some of the fuels that power our electric grid and our transportation sector—especially for heavy, long-haul trucks. 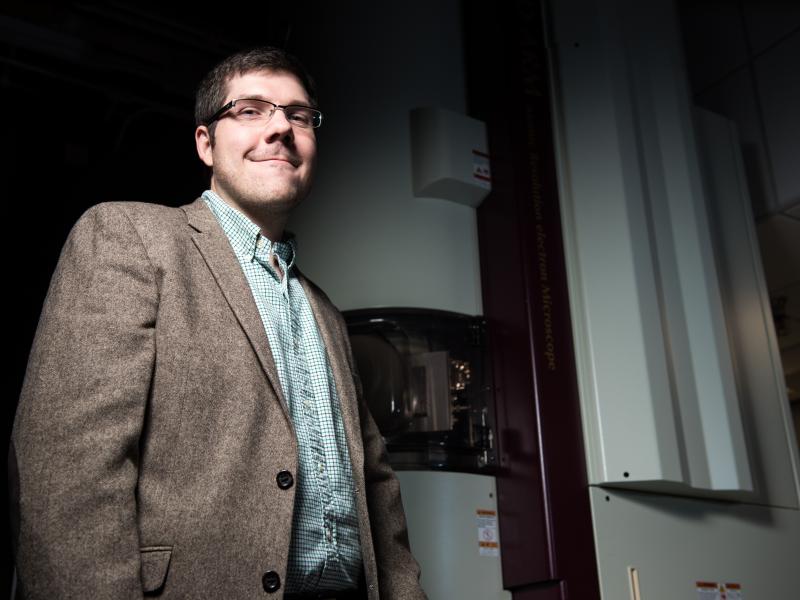 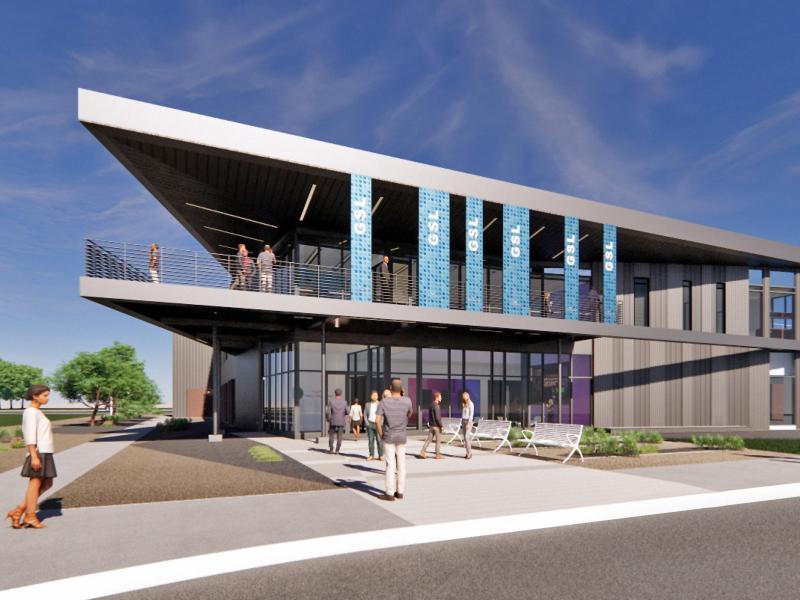 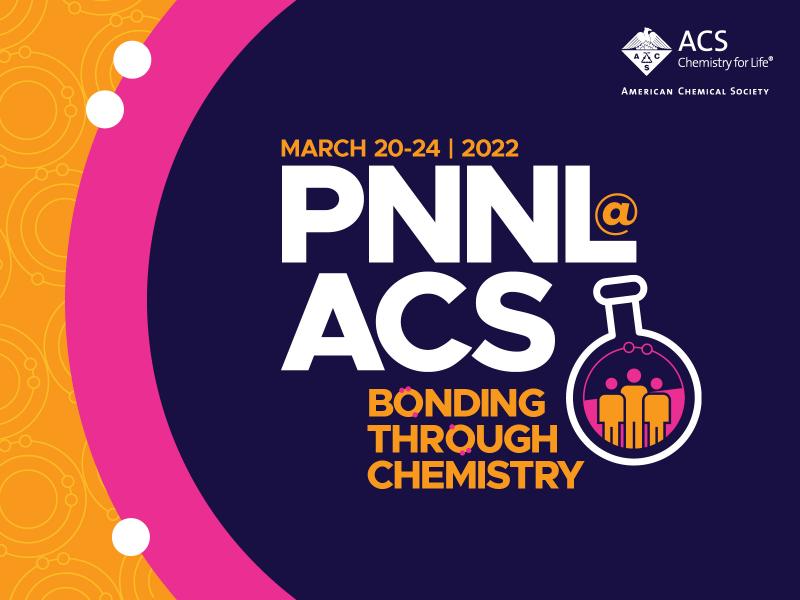