While still in the Define Source menu, the user can switch to the Source Term folder to select a set of constituents and associated quantities to be released to the environment. The user can begin this process by selecting from a large number of standard release scenarios with their constituents and quantities released already pre-defined. The selected scenario can be edited or a new scenario created. To add additional release constituents, the user chooses new chemicals using a pull-down menu. Release quantities can be adjusted individually or the entire inventory can be scaled up or down by a user-defined factor. The physical characteristics (e.g., radioactive decay rates) for each chemical are stored in a system data library. 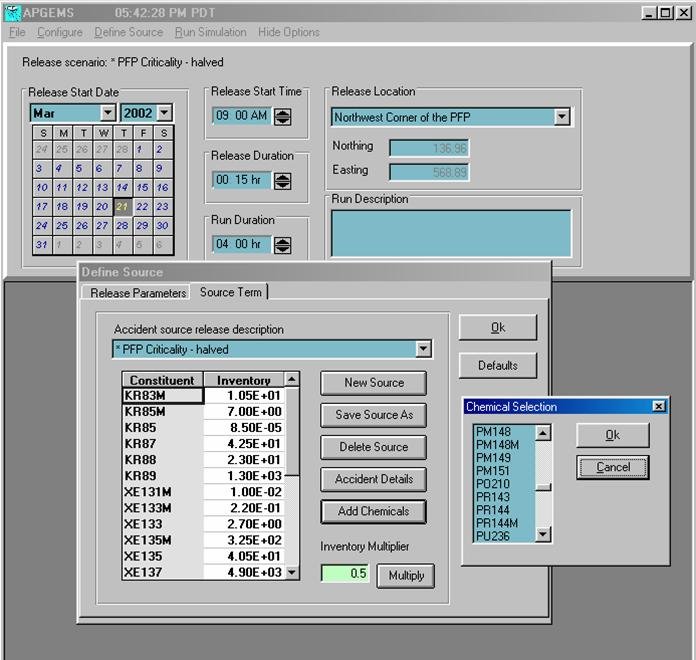 In this example, the source term is based on a PFP Critically scenario in which the release quantities are halved. This scenario involves the release of 24 individual radionuclides to the atmosphere. The Add Chemicals button has been clicked and the user is now able to select additional chemicals to add to the release inventory.