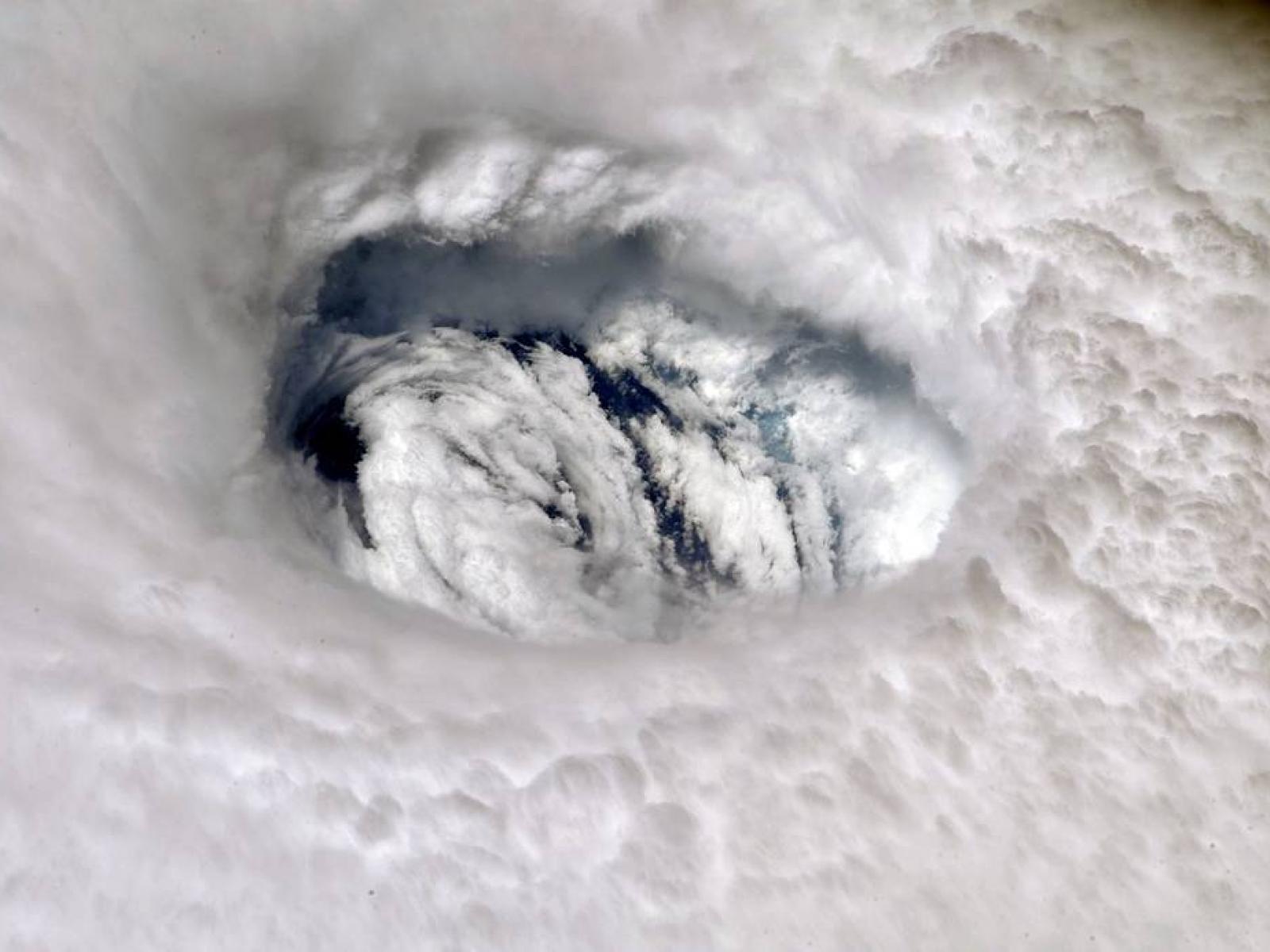 Hurricanes and their effects cause billions of dollars' worth of damage each year. And it's only going to get worse as storms get stronger. PNNL scientists are using a broad range of capabilities to help us prepare for and respond to these extreme events. Here, the eye of Hurricane Dorian is seen from the International Space Station in an image captured by astronaut Nick Hague in 2019.

Hurricane damages cost an average of $20.5 billion per event in the United States. Their effects are widespread and often chronic, with loss of infrastructure, communities, and lives. The aftershocks ripple out farther still—pressure is mounting on the nation's electricity grid as the frequency and intensity of hurricanes climb ever higher.

Scientists at the Department of Energy's Pacific Northwest National Laboratory are working to better prepare authorities, emergency responders, and communities in the face of these increasingly extreme weather events. All while keeping our electricity flowing.

The front lines of hurricane response and recovery are riddled with overturned lives and costly damages, often over vast areas. While hurricanes themselves can't be stopped, David Judi, leader of the Earth Systems Predictability and Resiliency group at PNNL, is spearheading solutions to better prepare for and counteract the worst effects of these extreme events.

Coordinating closely with the federal interagency system, which includes the Federal Emergency Management Agency (FEMA), Judi and his group use 7-day weather forecasts to drive flood models, such as the Rapid Infrastructure Flood Tool (RIFT), that estimate the areas that will be hardest hit. Coupling this with high-resolution topography data allows the team to account for local features, such as levies, that can significantly affect flooding and the distribution of damage in a hurricane's path.

"Using this information, authorities can more effectively organize and strategically place resources, including emergency shelters, response personnel, and backup equipment for critical facilities like hospitals and nursing homes," Judi said. They can also bolster and secure the electric grid to reduce long-term damage and minimize short-term power outages for customers.

The tools developed by Judi’s group aren’t just valuable in the lead-up to a storm. They also help communities by providing both situational awareness during an event and information to help them rapidly recover once the winds subside. Led by PNNL data scientist Andre Coleman, the group also uses a suite of tools known as Rapid Analytics for Disaster Response (RADR; one such tool, RADR-Fire, is used by PNNL researchers to combat wildfires) to detect on-the-ground flood extents and damaged infrastructure by harnessing satellite imagery. This helps energy managers and utility companies identify affected substations, for example. This is especially useful in cases of flooding, helping spot and triage inundated areas not accessible by foot in the early stages of recovery.

PNNL is taking on the heavyweights of the storm world—really any major event since 2016, including Harvey in 2017, Florence in 2018, and Ida just last year. The remnants of Ida, not to mention the storm itself, have become a case study in the effort to better understand climate change and its effects.