As wildfire season blazes on, PNNL researchers are fighting back with science 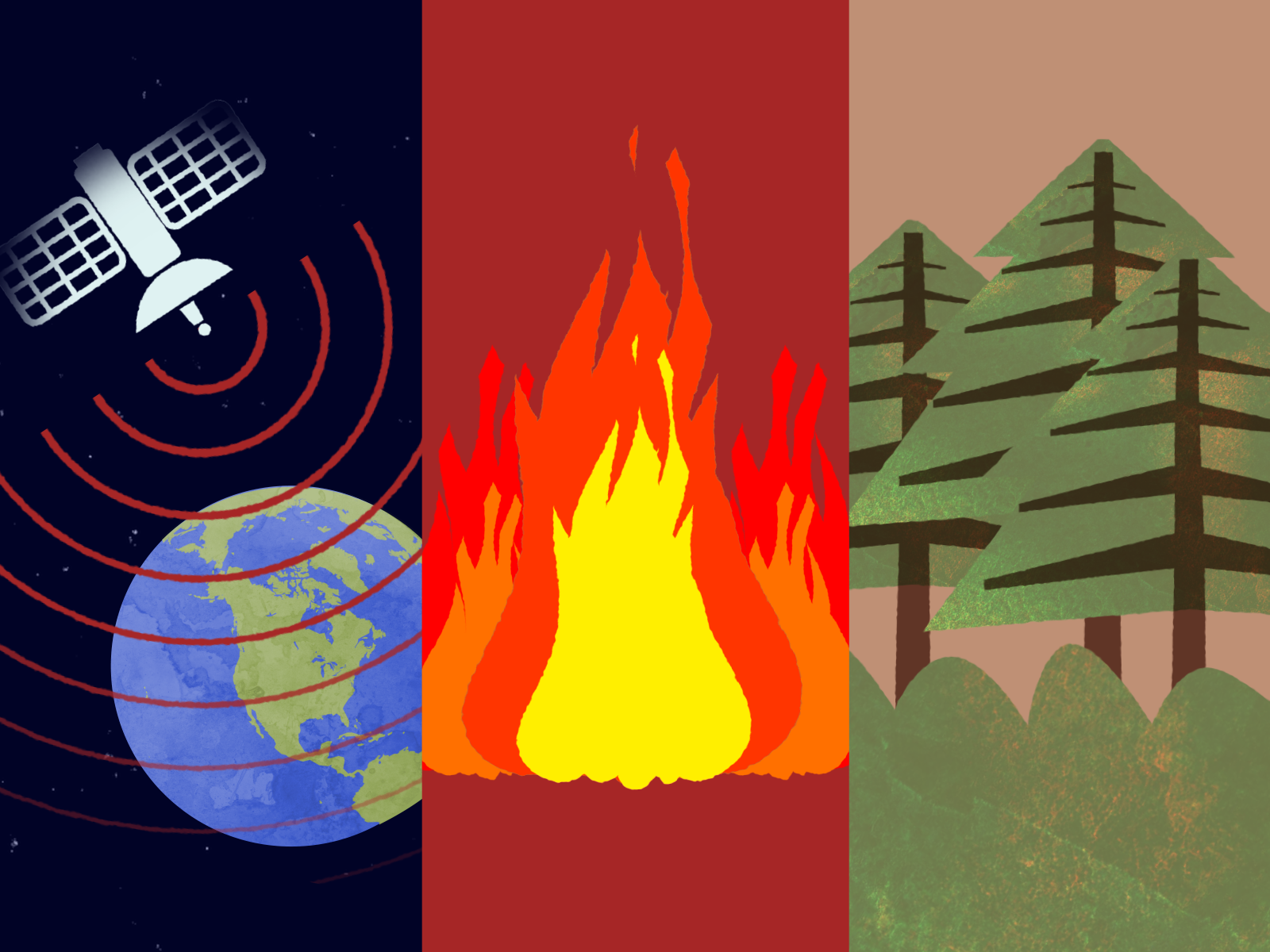 Wildfire has ravaged the Western United States throughout the last decade. Over three million acres have already burned across the country this year. As fires spark earlier and extend further into autumn each year, turning from “fire seasons” to “fire years,” the National Interagency Fire Center reports that many Western U.S. regions show above-average fire potential.

From predicting big blazes to preventing future fires, researchers at the Department of Energy’s Pacific Northwest National Laboratory (PNNL) are tackling the problem of increasingly intense wildfires from numerous scientific angles. And they’re keeping our lights on in the process.

While firefighters battled blazes on the frontlines in 2021, a team of scientists helped from a unique vantage point: outer space. PNNL data scientist Andre Coleman leads RADR-Fire, the satellite image processing system that maps active fires. RADR-Fire helps firefighting personnel, utilities operators, and other decisionmakers better understand a fire’s behavior so they can make informed choices in the midst of natural disaster.

But it’s also a planning tool. The same information gathered by the RADR-Fire system can help utility operators assess risk by identifying areas that are most prone to wildfire and which energy infrastructure needs protection. Sensors riding aboard many different satellites—one of them an experimental sensor aboard the International Space Station—grant a sweeping view of Earth’s surface.

Some satellite-based sensors can reveal where fuel is strong, like areas with dry, densely packed vegetation. Others show where vulnerable infrastructure, like transmission lines or generating stations, fall within a fire’s path. Coleman’s team has worked with firefighters to add new capabilities to the system, like the ability to flag where fire retardant drops have landed. As firefighters battle fires on the ground, RADR-Fire provides valuable intel from above.

RADR-Fire accomplishes the task quickly and more equitably. Where fire observation aircraft are often dedicated to the largest, most dangerous fires, RADR-Fire can assess smaller wildfires that rarely get scarce aircraft attention, whether they’re inching toward cities or moving through uninhabited countryside. Its sensors can peer through smoke and detect heat, showing exactly where and how hot fires are burning even when visibility is low.

RADR-Fire is not a single-point panacea, however. The mapping ability is just one crucial tool among many, meant to support ongoing wildfire management efforts. Today, Coleman and his team use a similar satellite network to share seasonal, near-term forecasts of fire risk with power utilities. By processing sensor data focused on vegetation surrounding energy infrastructure, Coleman maps the “fuelscape,” flagging especially water-starved areas that are rich with dry, fire-sustaining fuel.

“These seasonal forecasts are really an extension of our RADR-Fire work,” said Coleman. “At its core, RADR-Fire is about monitoring active wildfires. But we’ve extended our tools using satellite remote sensing to now understand the condition of fuels, so we get the most current and updated picture of what’s going on.”

Coleman’s team helps utilities identify other grid-related risks. If a substation or powerline corridor is surrounded by dry brush and humidity levels are low, they can flag not just that fire risk, but also the impact of a regional power shutoff. Utilities must understand the consequences of power shutoffs for a variety of services, including hospitals, assisted living facilities, police stations, water treatment and delivery, and more.

Stopping fires before they start

Zeroing in on the Wenatchee region in Washington State, which lays claim to the largest wildfire in state history, the team worked to see how different land use patterns can make this area more resilient to both wildfire and climate change.

“By mimicking nature, and adding complexity to landscapes, it helps prevents future fires from getting out of control,” said Wigmosta.

With approximately 500 million acres of public, private, state, and tribal forests supported by USFS management, prioritizing which areas to focus these efforts with limited resources has been challenging.

Approaches like Wigmosta’s also offer other benefits, such as reducing smoke from future fires by 33 percent and even strengthening streamflow by 7 to 10 percent.

Many of the agencies charged with flagging fire risk rely on well-known fire weather factors to estimate danger. Drive through a public forest and you might see a color wheel indicating the chance of fire: green when risk is low, red when factors like high temperatures and strong winds point to heightened danger. But wildfires—and all the variables that shape their intensity—are more complex than that.

A few basic factors like temperature and wind speed can give a rough estimation of risk. To get a more robust and accurate picture of wildfire behavior now and in the future, however, we must consider more.

That’s why atmospheric scientist Ruby Leung led a team of scientists in designing a new approach to projecting wildfire behavior. A new pair of models considers an expanded list of 28 “wildfire predictors” that project wildfire behavior now and, when paired with models that estimate climate change, several decades into the future.

The dryness of vegetation, the level of atmospheric moisture, the number of people living nearby—these and other variables can deliver a more complete picture of how likely it is that a fire strikes, how far it burns, and how much smoke it releases into the atmosphere.

Projecting how fire emissions rise and fall in tomorrow’s climate was the original goal of the work, said Leung, which began in partnership with the Environmental Protection Agency and was further supported through HyperFACETS, a climate science project sponsored by the Department of Energy’s Office of Science. Though future fire behavior will vary by region, fire emissions are projected to rise.

The new approach uses artificial intelligence to tease out which variables are most important for predicting burn area and smoke levels. Just as an artificially intelligent system can deftly sort pictures of cats and dogs, so too can it sort which fire-predicting variables are key for skillful predictions.

Tracking fire emission levels is important for its widespread risk to human health, said Leung. But that importance will only grow as fires burn stronger.

“When we think about pollution,” said Leung, “we often think about emissions from car exhaust or from burning fossil fuels. Yet pollutants from wildfire emissions could surpass those two and become the biggest source of pollutants in the future as fire emissions increase while anthropogenic emissions will be curbed.”

When researchers paint increasingly thorough pictures of tomorrow’s wildfires, many stand to benefit. Utility operators are better equipped to protect energy infrastructure from natural disasters, decisionmakers are more informed when managing responses to a changing climate, and the scientific community holds a greater understanding of extreme weather.