The Heat Is On—Is the Grid Ready? 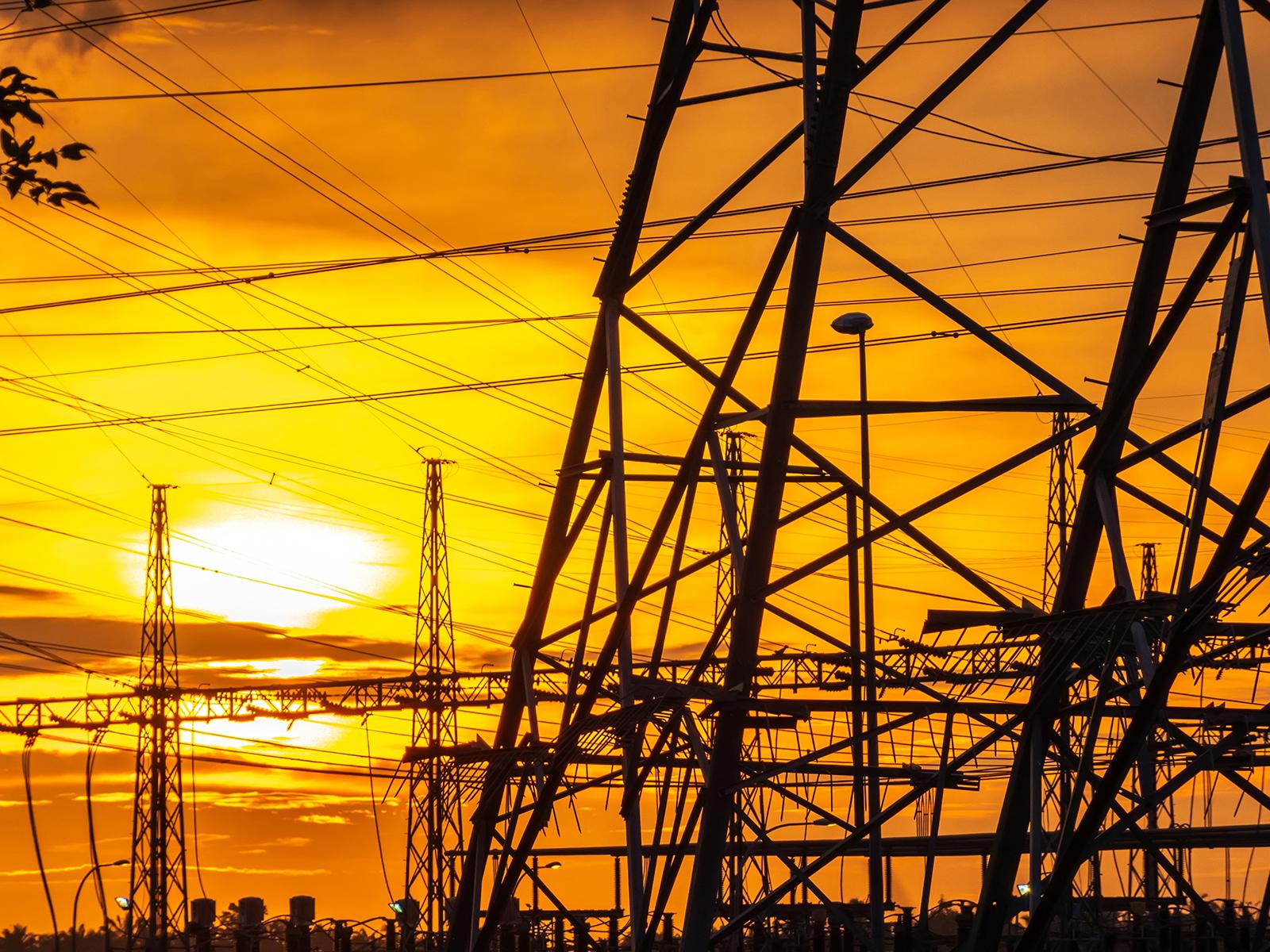 Aging energy grids weren’t designed to handle the stress of climate change. Nor are they designed to withstand the energy impact from extreme events like heat waves, droughts, or fires.

As yet another heat wave shattered temperature records in the Pacific Northwest in mid-2021, threats of rolling blackouts rippled throughout the region.

These recurring extreme weather threats offer a sobering reminder that aging energy grids weren’t designed to handle the stress of climate change. Nor were they designed to withstand the energy impact from extreme events like heat waves, droughts, or wildfires, which are predicted to become more frequent and intense, according to Pacific Northwest National Laboratory’s (PNNL’s) Nathalie Voisin, a PNNL Earth scientist who is part of a team working on grid resilience in relation to climate change.

In the Pacific Northwest, which is dependent on hydropower to help generate electricity, more frequent heat waves, water scarcity, and increased wildfire risk put increased pressure on an overburdened power grid. Currently, over 90% of the western United States is facing drought conditions. One year ago, it was 40%.

To relieve some of that pressure, research teams at PNNL are focused on prevention. They are working to predict future drought scenarios and create hydropower and grid contingency plans, implement smart electricity load controls, manage forests to reduce the impact of wildfire, and place new grid infrastructure, like energy storage or microgrids, where they are needed most.

“When we’re talking about power shortfalls, even small steps add up. Shifting large appliance use, like a high amount of dishwashers or washing machines, from afternoon and evening peak hours to the morning or the night, or increasing thermostats a couple degrees in the summer and using ceiling or floor fans can make a difference,” said PNNL’s Dhruv Bhatnagar, an energy systems engineer.

What high temperatures mean for hydropower

The early summer heat wave of 2021 led to a spike in energy demand that left hydroelectric dam operators with a difficult choice: (1) use water to keep up with the surge, leaving less water for late summer, or (2) buy energy on the open market, often at higher prices and from natural gas.

PNNL modelers like Voisin are working to predict these types of events and the impacts to generation and load, including short-term issues like heat waves or longer-term issues like droughts via efforts like the Department of Energy’s HydroWIRES initiative.

PNNL researchers are using advanced modeling to predict droughts and provide grid operators with information for decisions on how to allocate power during extreme events. For instance, to simulate the impact of climate change on the future power grid, researchers used a computer model called GENESYS. Recent results showed that power systems will be affected by multiple stressors simultaneously, and these impacts compound and aren’t just additive.

PNNL is developing drought scenarios to help operators and regulatory agencies with future planning. This includes predicting future drought conditions and the impacts on hydropower and thermoelectric plants, which can then be used to understand the potential impact on grid operations and guide adaptation.

“This information is used to help operators make risk-informed decisions and determine where vulnerabilities may lie. Ultimately, it will help answer the question—given different stressors, will there be enough power to meet the demand and other power grid needs?” said Voisin.

"Will there be enough power to meet the demand?" - Nathalie Voisin, PNNL Earth scientist

Recently, Voisin and her team evaluated how hydropower operations vary seasonally and annually depending on water availability for the Chelan Public Utility District. For example, they demonstrated that even during a dry summer, when hydropower’s overall generation is limited by low water availability, hydropower maintains its flexibility to support the peak load under extreme events. This highlights the need to better consider the range of services that hydropower can provide to address the resilience of the grid under extreme events.

During an above-normal fire season, like what is currently occurring in California, there will likely be impacts on the grid, either through intentional shutoffs to reduce fire risk or loss of infrastructure due to the fire itself.

“The idea is not to stop all wildfires but to work in advance to reduce their risk, and predict areas that are more prone to them,” said PNNL’s Mark Wigmosta, a PNNL environmental engineer. Wigmosta’s work focuses on forest thinning and restoration with the goal of less fuel for fires.

“The idea is not to stop all wildfires but to work in advance to reduce their risk" - Mark Wigmosta, PNNL environmental engineer

Reducing fuel load in highly dense forests may leave more water in streams and can lead to higher, longer-lasting snowpack. This may produce more water throughout the summer dry season.

“This may provide a way to get more water into the system, depending on location,” said Wigmosta. Another grid benefit is that weaker fires are likely to burn less energy infrastructure. For example, between 2000 and 2016, wildfires caused at least $700 million in damages to 40 transmission lines in California. Nationwide costs from wildfires are significantly higher.

After fires burn, there is typically an increase in runoff and sedimentation. Sediment flows downstream, builds up in reservoirs, and “isn’t great for infrastructure, including turbines,” said Wigmosta. Prescribed burns or tree thinning can actually increase flow volumes and improve hydropower operations. And, weaker fires will have less of a negative impact on infrastructure and the grid.

Better technology from buildings to batteries

During peak power demands, like a heat wave, emerging technology offers the potential for consumers to manage or supplement loads. Smart tools, like intelligent load control, automatically manage building energy use during peak electricity demands. PNNL has been working on ways to make buildings more energy efficient, in addition to optimizing the future of hydropower.

Backup or autonomous power sources also offer promise, particularly during emergency situations. Microgrids are self-contained grids that can power key areas, such as hospitals or police stations, during power shortfalls that could occur during extreme events like a wildfire or hurricane. PNNL’s Microgrid Component Optimization for Resilience tool helps streamline the design process for microgrids with the goal of simulating power under a variety of outage conditions.

PNNL is also taking a leadership role in developing new technologies for grid-scale energy storage, which includes a new generation of battery materials and systems and other forms of energy storage. For example, current grid-scale energy storage systems such as pumped storage hydropower use pumps to move water uphill to store renewable energy when demand is low and generate power when demands are high as water flows downhill. PNNL has been working on incremental steps with pumped storage, such as evaluating environmental impacts of newer systems, to enhance future grid resilience or working with international stakeholders to identify strategies to finance and develop new projects. Even concepts like pairing batteries with hydropower are being explored to enhance hydropower’s capabilities and assure reliability during power shortages while reducing environmental impacts.

“Ultimately, we want to prepare for extreme events. Whether it’s through technological innovation, enhancing grid resilience, or supporting long-term planning. We take a holistic approach to tackling these big, long-term challenges to support risk-informed decision-making,” said Voisin. Both she and Wigmosta are also affiliate professors at the University of Washington.

This work was supported by the U.S. Department of Energy’s Office of Energy Efficiency and Renewable Energy and Office of Electricity, among other agencies.