Hydropower in an Evolving Era 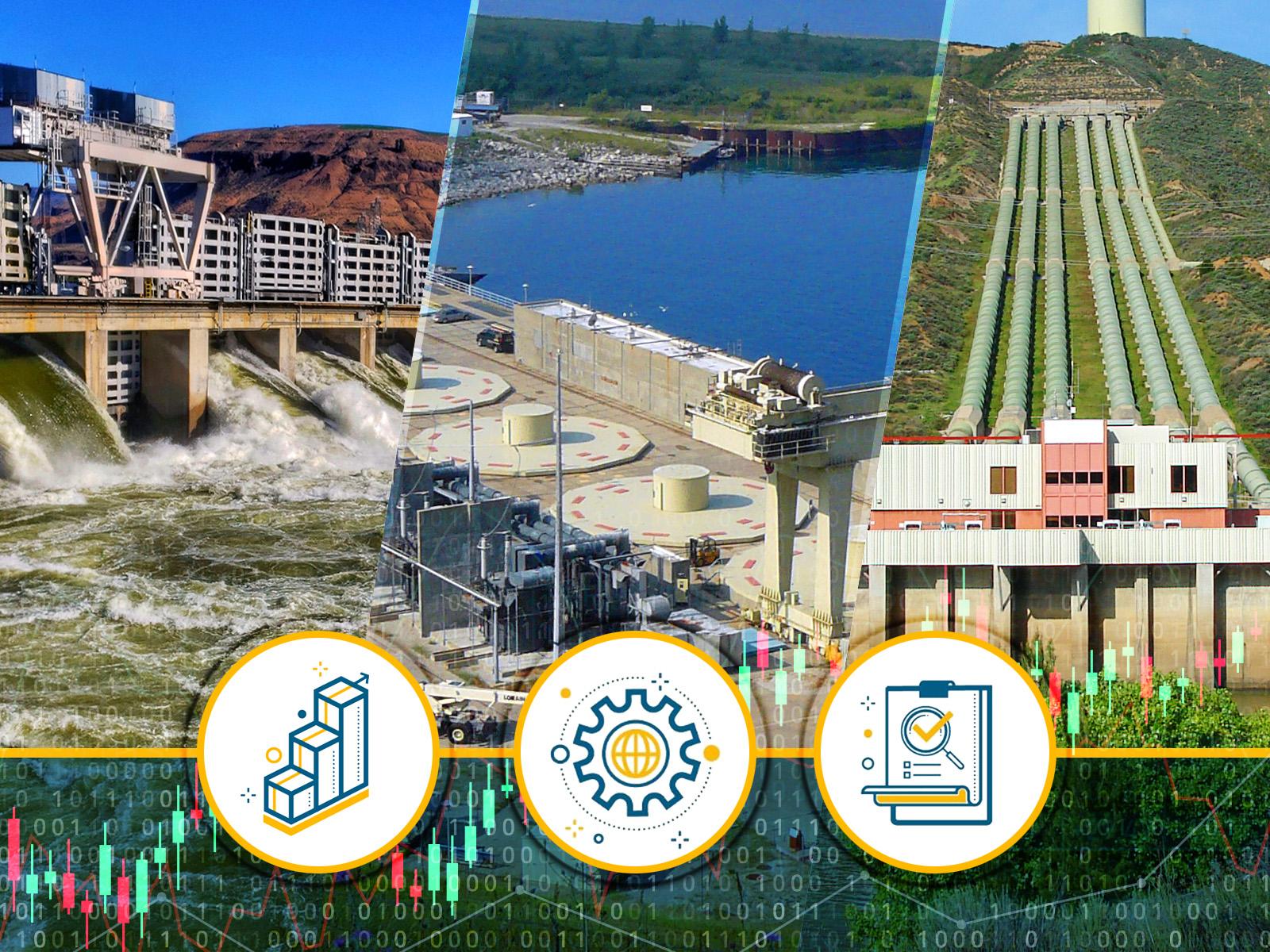 PNNL led a study that assessed the value of hydropower in different regions of the country, particularly evolving system conditions, capabilities and constraints, and operations and planning.

Across the United States, hydroelectric dams are capturing energy from river water to create electricity that powers everything from street lights to mega industrial plants.

Hydropower represents 41 percent of all renewable energy generated across the nation and is a key element of a flexible, resilient electric grid.

But in some parts of the country, operations at dams are changing, partly because other renewable energy resources like solar and wind energy are being used. Changes to regulations, policies, and market conditions are also likely to affect how hydropower operates in the future.

A new study for the U.S. Department of Energy’s Water Power Technologies Office (WPTO) examined these changes to hydropower. The Hydropower Value Study (HVS) explores current hydropower operations and hydropower’s value in different regions of the country. The study found that although market conditions are changing in some regions of the United States, hydropower continues to be a significant contributor to grid reliability and resilience.

The study was conducted as part of WPTO’s Hydropower and Water Innovation for a Resilient Electricity System (HydroWIRES) Initiative, which is designed to understand, enable, and improve contributions from hydropower and pumped-storage hydropower (PSH) to the grid. The study was led by Pacific Northwest National Laboratory (PNNL) and involved research by four other national laboratories.

Through the review of hydropower operations across the United States, the study concluded that hydropower offers a wide variety of grid services that support grid reliability and resilience. This current landscape is expected to be affected by changes in market conditions, requiring resources to operate in ways different from their original specifications, for instance to support the grid’s need for flexible capacity. The study identified market conditions and revenue streams to support the evaluation of alternate hydropower operations taking advantage of innate capabilities, such as vast amounts of energy storage and flexible capacity.

“Hydropower has always been an essential part of our power grid,” said Abhishek Somani, a PNNL economist who is the study’s principal investigator and first author on the report. “Although its role is changing, it will continue to be one of the grid’s mainstays.”

“By looking at different regions, we were able to see the differences in market conditions and how hydropower adapts to changing market conditions, both in terms of operations and the underlying technologies,” Somani said. “Depending on whether it’s California or the Midwest, the answers can differ substantially.”

For example, the study found that PSH operations in California have changed dramatically in response to the increasing use of solar energy. PSH comes from pumping and releasing water between two reservoirs at different elevations. In contrast, the Midwest has the biggest PSH facility in the nation and operations have remained unchanged with increasing penetration of renewables, Somani said, indicating that the market conditions are very different in the two regions.

The study team also found that alternative revenue opportunities are emerging for hydropower resources in the form of new grid services. However, the exact form and volume of service required will differ from region to region. Additionally, the ability of hydropower resources to provide these services will depend on the hydrological conditions and socio-economic-environmental tradeoffs in a region.

Each national laboratory involved in HVS had an area of focus. PNNL’s role was to analyze grid services according to hydropower resources and markets. Nathalie Voisin led a yearlong, data-driven task looking at grid services provided by water. In a collaboration with the Chelan Public Utility District, Voisin evaluated how hydropower operations vary by seasonal and annual conditions.

While a common expectation is that “hydropower is flexible, but environmental constraints limit this flexibility,” said Nathalie Voisin, a PNNL water resource engineer, “it was important to demonstrate when there is flexibility and when there isn’t; how we can predict it; and how to influence it with markets.”

Next steps for hydropower research

HVS has already informed ongoing research for the HydroWIRES Initiative. The study concluded that operational strategies need to change and that hydropower will need new, innovative technologies to support grid services in the future. Additional research could also reveal how hydropower resources can work cooperatively with batteries and storage devices.