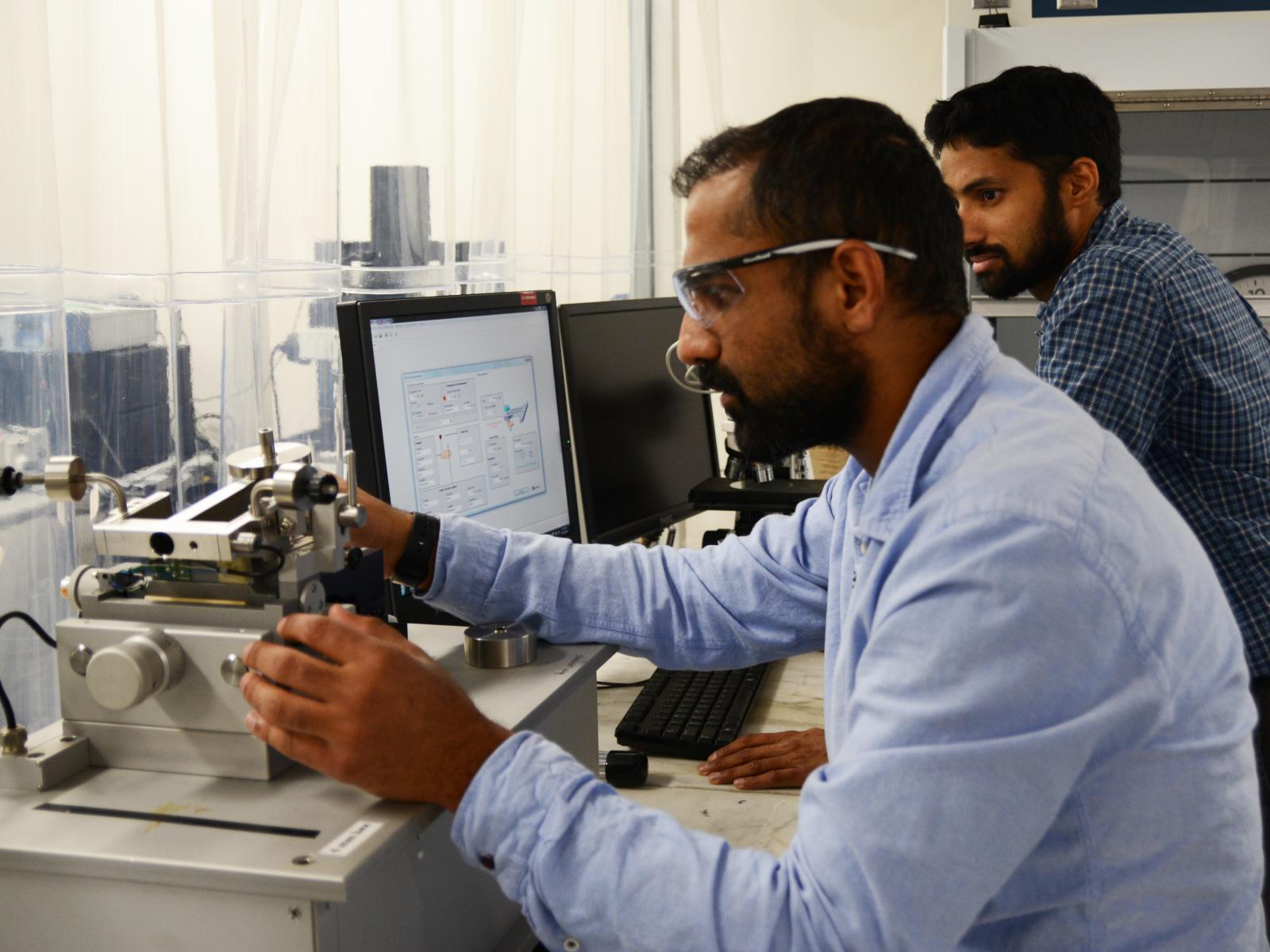 Finding new, low-cost ways to make better metal alloys and composites is one of the holy grails of the materials research world. Scientists at the U.S. Department of Energy’s Pacific Northwest National Laboratory (PNNL) are finding a lot of success using solid phase processing approaches to create materials with improved properties. To understand what’s happening and why, they are peering all the way to the atomic level of the materials’ microstructures. One recent study was published this month in Communications Materials.

Throughout history, from the Bronze Age, to the Iron Age, to modern times, the art of the possible in metals production has largely been limited to processes in which the metal is first melted and then subjected to a number of energy-intensive steps to produce alloys and, ultimately, useful products. Melt-based processing approaches have been very successful, but they are limited in the kinds of metal alloys and composites that can be made and the properties that can be achieved.

In solid phase processing, metals are not melted but instead are subjected to a mechanical shear force. This mixes the metals to create alloys or composites, to locally modify the material properties, or to produce welds between two materials. Shear involves applying pressure while sliding metals or materials against one another. This creates friction—and thus heat—to combine and transform the materials.

This study focused on a lightweight aluminum silicon alloy widely used in the defense, aerospace, and automotive industries. The team used shear force to restructure the alloy at the nano-level. The distribution of the silicon was changed at the atomic level, making the microstructure much more robust than identical materials produced conventionally,” according to PNNL materials scientist Arun Devaraj.

“We analyzed how shear force introduces a hierarchical nanostructure,” said Devaraj. “Compression tests showed that the nanostructure created with shear had almost double the strength compared to the microstructure of the same alloy formed by casting.” Devaraj and his team created micropillars out of the cast alloy before and after shear and measured the amount of force needed to compress each group.

In the marriage of an aluminum-silicon alloy, aluminum is the soft, sensitive one. Silicon is brittle and hard, with a tendency to break. Before the experiment, the cast alloy silicon particles were small—about 10 microns on average—and distributed in and between the much larger aluminum grains.

Using atom probe tomography and electron microscopy at EMSL—the Environmental Molecular Sciences Laboratory, a DOE Office of Science User Facility at PNNL—the team observed how the shear force changes the alloy’s microstructure. The silicon particles fractured into smaller and smaller pieces until they were almost dissolved into the aluminum. The aluminum grains became much smaller. Both the aluminum and silicon phases displayed increased intermixing as a result of shear deformation.

Understanding the influence of extreme shear deformation on a metal alloy’s microstructure is crucial for optimizing novel solid phase materials processing methods. It’s also useful knowledge for the field of tribology, which deals with the interactions between two surfaces in relative motion with each other, such as ball bearings and other pieces of equipment used in transportation.

PNNL’s Solid Phase Processing Science Initiative, a laboratory investment, funded this research as part of its efforts to advance the fundamental understanding of solid phase materials synthesis pathways and to enable the manufacture of next-generation materials and components that could make a difference in multiple industries, including aerospace, transportation, energy, and metals recycling.