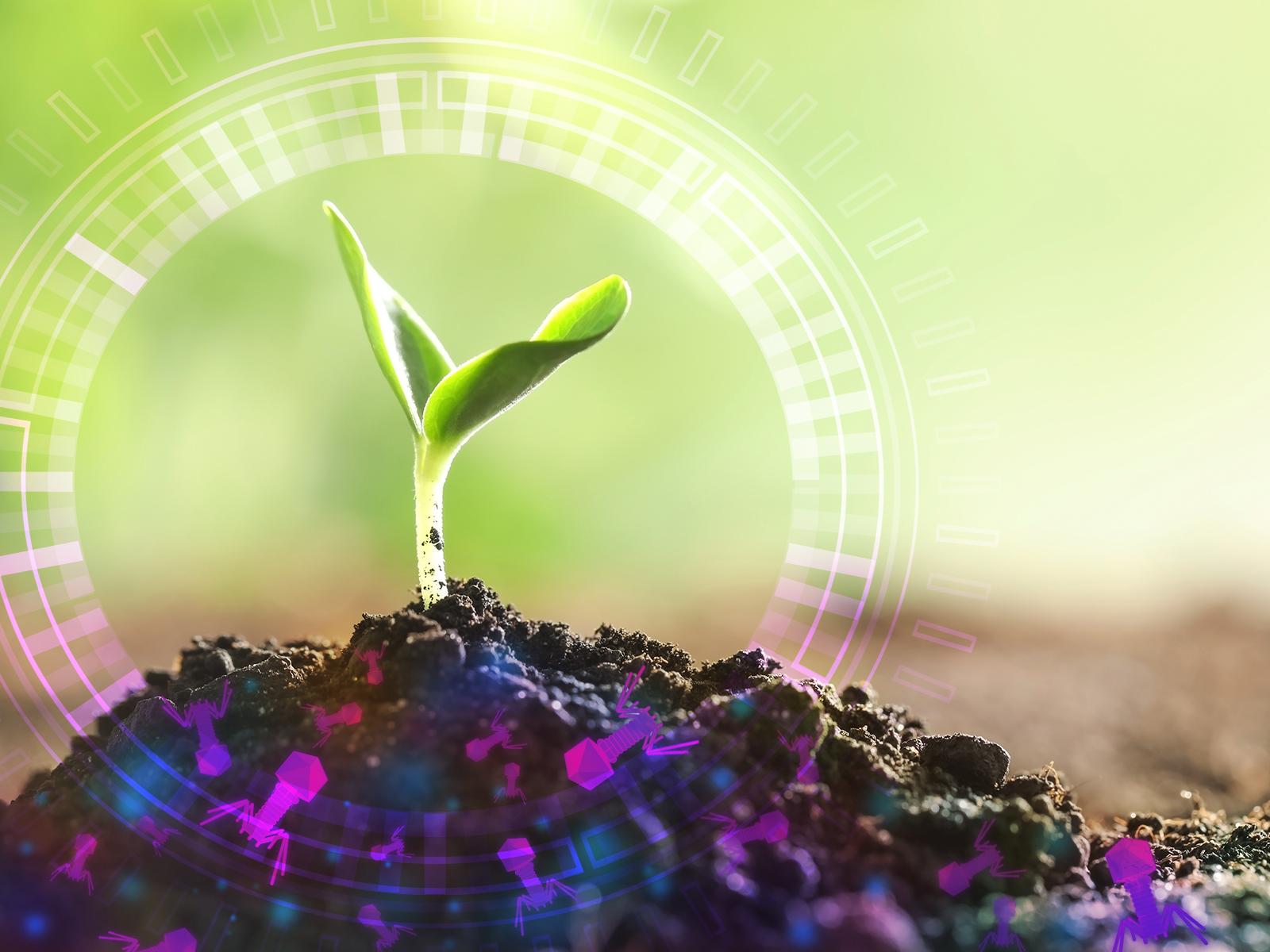 Soil is teeming with viruses.

Soil is the unsung hero of our lives. It provides nourishment to crops to provide us with food, offers drainage for rainwater into aquifers, and is a habitat for a variety of organisms. On the microscopic level, soil thrives with life, harboring microbes, such as fungi and bacteria that work cooperatively with plants. Despite being such an important part of our lives, not much is known about exactly what exists just below the Earth’s surface.

In new research from Pacific Northwest National Laboratory (PNNL), scientists used bioinformatics and deep sequencing to identify soil viruses and better understand their roles in the Earth. Most of these viruses infect bacteria, and are thus thought to play an important part in maintaining microbial populations.

“Viruses are abundant in nature,” said Janet Jansson, chief scientist for biology and PNNL Laboratory Fellow. “Because there are so many of them in every soil sample, identifying different viruses becomes a challenge.”

Along with collaborators from Washington State University; Oregon Heath & Science University; Iowa State University; and EMSL, the Environmental Molecular Sciences Laboratory, a Department of Energy Office of Science user facility at PNNL; the PNNL scientists collected soil samples from grasslands in Washington, Iowa, and Kansas and began a deep dive into the soil composition. They leveraged the massive DNA sequencing abilities of the Joint Genome Institute, computing power of the National Energy Research Scientific Computing Center, and multi-omics expertise from EMSL to unearth previously unknown soil viruses. Their results were published in mBio and Communications Biology.

The scientists chose Washington, Iowa, and Kansas for their soil samples because each location gets a different amount of rainfall. Eastern Washington is much drier compared to Iowa, while Kansas sits in the crossroads between the two in terms of soil moisture.

“We chose to take samples from places with different amounts of soil moisture to see if this made a difference in the types and amounts of viruses there,” said Wu. “Wetter soil contains more bacteria, and many soil viruses infect bacteria.”

The scientists noticed that certain viruses are much more abundant in dry soil than wet soil.

“In drier climates, there tend to be fewer, but more diverse, microbes in the soil,” said Wu. “The relative scarcity of bacterial hosts means that it’s in the virus’s best interest to keep the host alive.”

The researchers also discovered that in drier soil, viruses were more likely to contain special genes that they could potentially transfer to their bacterial hosts.

This work was supported by the Department of Energy’s Office of Science Biological and Environmental Research program. This is a contribution of the scientific focus area “phenotypic response of the soil microbiome to environmental perturbations.” Portions of this research were performed by EMSL, the Joint Genome Institute, and the National Energy Research Scientific Computing Center at the Lawrence Berkeley National Laboratory.