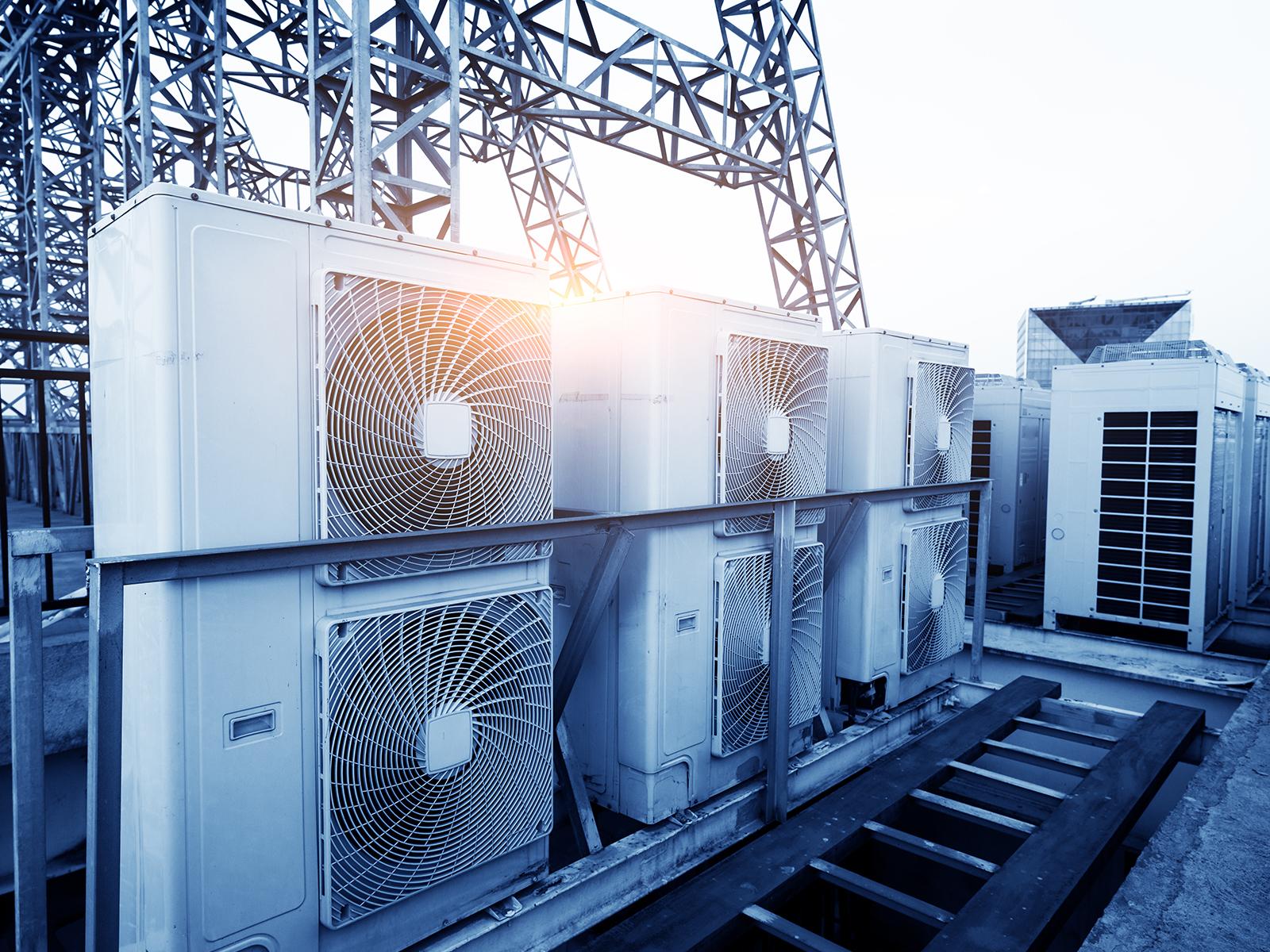 (Photo by Wang An Qi | Shutterstock.com)

Nearly 20% of electricity used worldwide is used for cooling buildings. Left unchecked, this number could triple by 2035. One solution: develop technologies to make cooling more efficient.

But the story about how this recent discovery came about is a bit unexpected. Small defects in the material increased the adsorption in a perfectly imperfect way.

“We knew something unexplained was happening with our results, but weren’t exactly sure why”— Radha Motkuri, PNNL chemical engineer

“It was unusual—you know? We knew something unexplained was happening with our results, but weren’t exactly sure why,” said Radha Motkuri, a PNNL chemical engineer who led the study, which was selected as a HOT article and in the top 10% of publications in Angewandte Chemie.

Some of the world’s big discoveries were made by accident, such as nylon, the invention of microwaves, or even shatterproof glass. In the case of cooling, some small glitches led to big insights.

For the past decade, Pete McGrail, a PNNL Laboratory Fellow, and Motkuri, along with their team, have been studying materials that are more efficient at adsorbing common refrigerants used in their adsorption cooling technology. They’ve made big strides in engineering different types of porous materials that host refrigerants. But they thought there might be unexplored potential in other nanoporous materials, including COPs.

“As climate issues continue to grow, finding ways to reduce energy consumption, such as through alternative and more efficient cooling, is an absolute must,” said McGrail. “This research builds upon our 2017 R&D 100 Award winning cooling technology.”

Polymers are used in all walks of life, from shampoos to space suits. They can be combined with other elements to serve different purposes—when combined with carbon, for example, they can be turned into polyester and nylon.

The team tested 23 different COPs to see their potential for adsorption cooling or refrigeration. Most plateaued with low adsorption capacities, which means they couldn’t adsorb anymore and were maxed out. But, two didn’t—the adsorption increased. And kept climbing.

“We thought something was wrong with the instrument when we tested adsorption capacities. The rates were way higher than we expected,” said Motkuri.

So, they tried again. They got the same results. Two compounds, called COP-2 and COP-3, had sky-high adsorption capacities. They were so high that it was beyond what the researchers were expecting. So, Motkuri reached out to a collaborator in France, Guillaume Maurin at the University of Montpellier, with expertise in molecular simulations to predict the adsorption of these two polymers.

Like a slinky, COP-2 and COP-3 are chemical rings of carbon and nitrogen, all stacked together. They had to unpack each layer to see how it affected adsorption.

Weirdly, the simulated COP-2 and COP-3 structure models didn’t lead to adsorption levels they saw at the lab bench. In the simulations, the adsorption plateaued. In the lab, however, it exponentially climbed.

“That’s when we realized something else was going on,” said Motkuri. “And, our team had an idea.” Based on prior work, the researchers knew small defects play an interesting role in adsorption. “What if we added defects to these COP structure models in the simulation?”

Defects that are anything but defective

Maurin and his team used simulations to create small holes, or defects, in the material by removing some of the chemical features from the rings.

“That’s when we saw something magical happen,” said Motkuri. The adsorption increased, and the adsorption for the highly defective polymers lined up with the lab results.

They found that strategic defects enhance adsorption in COPs, which explained the increased rates they saw in the lab.

“Two of the COPs we were testing in the lab had defects to begin with,” said Maurin. “Sometimes things work out, even when it’s a bit unexpected.”

Why is efficient cooling so important for the climate?

Cooling isn’t just for comfort on a hot summer day. Extreme heat is a deadly health hazard. With rising global temperatures, some populated regions could become too hot to be habitable certain parts of the year.

Additionally, future power demands are expected to climb, and air conditioning already takes a lot of energy. In 2019, 8.5% of U.S. electricity consumption was from air conditioners, according to the International Energy Agency. Worldwide, electric grids may become overwhelmed as the number of cooling systems increases, populations grow, and incomes increase, enabling more people to afford air conditioners.

This becomes particularly important in areas where energy doesn’t come from green sources. Air conditioning is expected to substantially increase in countries where it is currently less common, such as Indonesia or India.