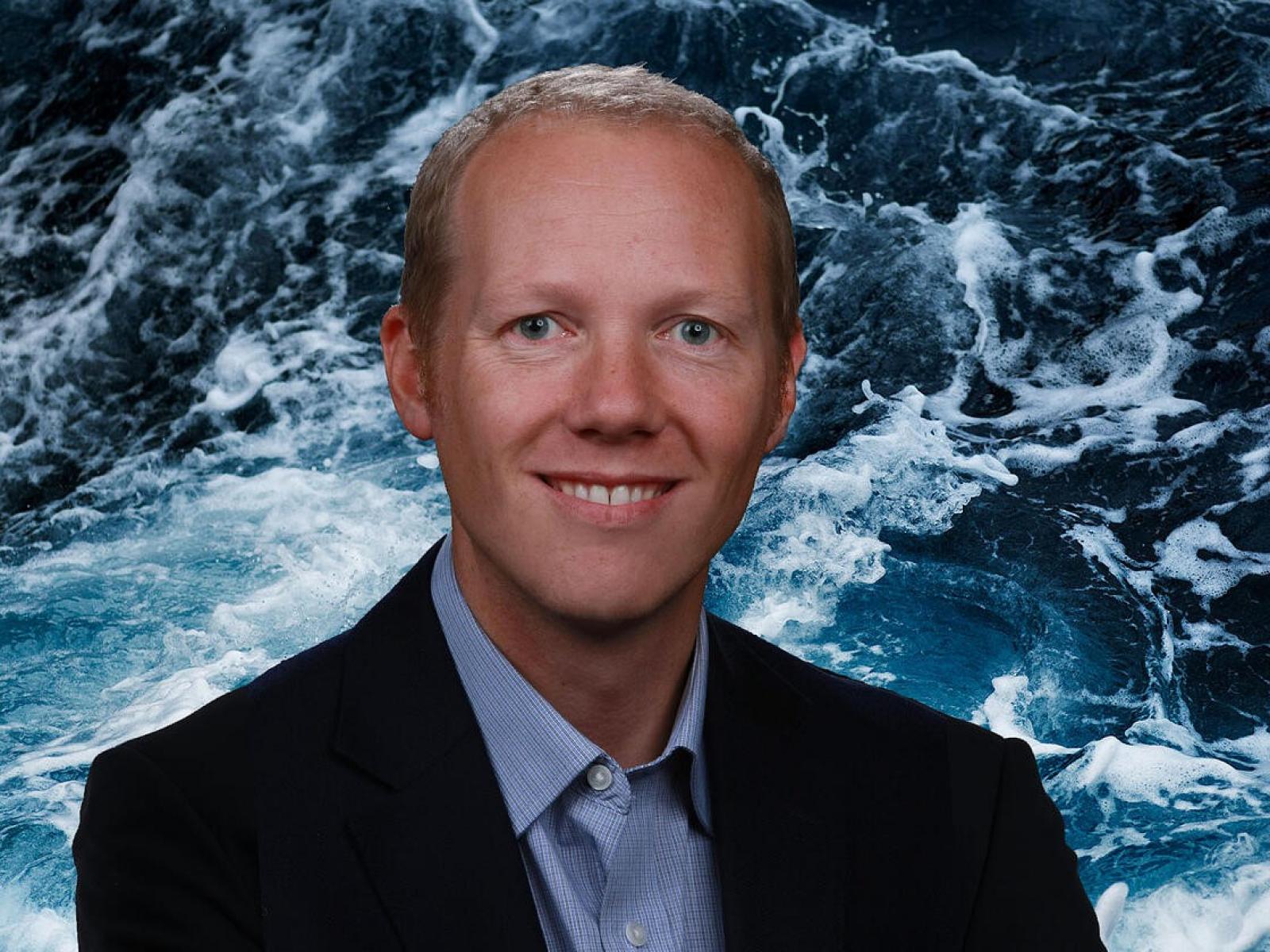 The ocean holds many solutions to mitigate the effects of global climate change. Marine energy technologies hold promise as part of a carbon-neutral energy portfolio to decrease our nation's dependence on fossil fuels. The U.S. Department of Energy (DOE) Water Power Technologies Office (WPTO) Triton Initiative strives to advance this emerging industry by contributing to the development of environmental monitoring technologies to support the deployment of marine energy devices.

Meet Simon Geerlofs. He is the senior advisor for Pacific Northwest National Laboratory's (PNNL's) Marine and Coastal Research Laboratory (MCRL) whose thought leadership contributed to the inception of Triton. From this effort, he continues to guide the development of ocean-based climate solutions and projects at MCRL. Geerlofs specializes in policy, partnership, and program development at the intersection of coastal science, energy innovation, and the blue economy. He works directly with DOE in support of WPTO's Powering the Blue Economy Initiative, as well as with the Wind Energy Technology Office to engage communities and stakeholders in offshore energy planning and development processes. His job is to help understand the future of the blue economy, position PNNL to best support DOE’s coastal science needs, and work with partners to create impactful programs through collaboration.

Geerlofs' path to this role was far from linear. In his undergraduate studies, he studied history and anthropology at the University of Washington, leading him to archaeological sites across the western United States for four years doing Section 106 National Environmental Policy Act regulatory work to protect historical sites. While Geerlofs enjoyed regulatory-based environmental work, he craved a job that focused more on the big picture of how humans interact with the environment. Geerlofs pursued this connection during his graduate studies at the University of Washington School of Marine and Environmental Affairs, which he expected to lead to a career in coastal cultural resources. Through his studies, his interests turned more toward integrated coastal management, which includes understanding coastal resources and how government agencies manage them. Soon, Geerlofs found himself capitalizing on a dynamic learning opportunity, traveling to Washington, D.C., to serve as a John A. Knauss Marine Policy Fellow and later as a legislative assistant for ocean policy for U.S. Senator Maria Cantwell of Washington.

As a Fellow and legislative assistant, Geerlofs worked closely with Congress and stakeholders to enact marine policy initiatives and legislation, including a reauthorization of the Magnuson-Stevens Fishery Conservation and Management Act, which guides management of U.S. fisheries. In this role, Geerlofs found a knack for building partnerships and working with stakeholders to sculpt a shared vision and generate action around important ocean topics. After his stint on Capitol Hill, this aptitude guided him through his work as the marine programs manager for the Northwest Straits Commission, a conservation initiative that brings together scientists and community members in northwest Washington to protect the ecosystems and species in the Salish Sea.

Geerlofs joined PNNL in 2009 and within that same year, he started a management and operating (M&O) assignment with DOE’s Wind and Water Power Technologies Office in Washington, D.C. These assignments are designed to provide laboratory expertise directly to DOE program offices and bolster relationships between DOE and scientific and technical talent at national laboratories like PNNL.

During his M&O assignment, Geerlofs’ focus was on advancing the then Wind and Water Power Technology Office's environmental research portfolio across offshore wind, marine energy, and hydropower technologies. At the time, the Wind and Water Power programs were managed under a single technology office (they have since split into two offices: the Wind Energy Technologies Office and WPTO) and the Water Power Program had only recently been authorized by Congress. Geerlofs’ M&O assignment was a unique opportunity to contribute to the formation of a new DOE program office and build initial partnerships between DOE, the National Oceanic and Atmospheric Administration, the Bureau of Ocean Energy Management, and other federal partners working to understand the potential (and potential impacts) of marine energy and offshore wind. When he returned from Washington, D.C., in 2010, he continued his work in this field and became the wind and water power program manager for PNNL. After another M&O assignment with WPTO in 2017–2019 to launch the Powering the Blue Economy Initiative, Geerlofs settled into his current role as senior advisor for the Coastal Sciences Division, as well as an advisor to PNNL’s Program Development Office for Ocean-Based Climate Solutions.

Combining science, technology, and the field

Geerlofs played a critical part in bringing the idea of Triton’s first research projects to fruition. When he was the wind and water power program manager at PNNL, DOE became interested in better understanding the limitations of existing technology to assess environmental impacts of marine energy systems. PNNL scientists were leading DOE-funded environmental effects research at MCRL. This research focused on laboratory and modeling studies to assess the relationship between potential sources of stress to marine animals from marine energy. However, measuring impacts in the field near operating marine energy devices proved difficult, partially due to the lack of appropriate monitoring technologies, platforms, and data analysis systems designed for the task. This research/technology gap motivated conversations with DOE about a systematic approach to understand marine energy impacts and the technology necessary to monitor them. According to Geerlofs, "it is important to understand that solving environmental problems around marine energy is a technology challenge; it has to involve an interdisciplinary approach." This sentiment, along with the awareness that MCRL could provide a specialized asset to explore marine energy and environmental interactions in a controlled field setting, inspired the idea of Triton. "At its core, Triton is about assessing risks to species we care about and the ecosystems they depend on. Marine energy is a new use of ocean space, and we need to understand its potential impacts. The Triton Initiative seeks to provide the real-world data needed for that," says Geerlofs.

At the time, DOE was interested in a smaller-scale venue to test instrumentation in a controlled field setting. The Triton concept was developed to bridge environmental impacts research with technology development using MCRL as a real-world testing setting for environmental monitoring technology developers with access to PNNL's expertise. The hope was that this model would create a broader mechanism for MCRL to offer support to industry partners seeking the advancement of innovative technologies for marine energy applications. Geerlofs reflects that Triton felt like a proof of concept, that it was a pivotal moment to demonstrate the value of MCRL to DOE and the research community. "It couldn't fail," he adds.

Initially, Triton supported the 2014 DOE Funding Opportunity Announcement awardees, including the University of Washington's first-generation Adaptable Monitoring Package and PNNL-engineered technology development like EyeSea automated video analysis. Triton quickly proved that MCRL was a viable site to conduct this work and that PNNL’s staff were the right people to enhance the research. Since then, Triton has become a leader in environmental monitoring for marine energy and continues to expand its mission to include the Triton Field Trials, advanced studies of stressor-receptor interactions, and predictive modeling.

Geerlofs' early contributions to the Triton Initiative, his foresight for the needs of the future, and his role in guiding that vision are invaluable.

Geerlofs is a self-described "coastal person." This love for the ocean means he intrinsically understands its value and potential to help assuage the chief issues concerning our planet through the transformative power of interdisciplinary science. Climate change is Geerlofs’ main concern. The ocean possesses several keys to mitigate the effects of climate change, including harnessing carbon-free energy through offshore wind and marine energy technologies, carbon sequestration, and decarbonization. "The marriage of the ocean as an energy resource but also as a decarbonization opportunity is the future." He sees an opportunity for Triton to integrate sensors in support of the Powering the Blue Economy Initiative. There is a need for researchers to find ways for marine energy systems to power monitoring or ocean observing technologies to serve climate action, and Triton has the expertise to make this possible. "We need ocean data to understand what's happening out there," says Geerlofs, "and we have the opportunity to help DOE envision ocean-based climate solutions.” He sees ocean sensing and monitoring at the heart of these climate-mitigation efforts, and he knows Triton is a leader in monitoring technology—the possibilities for this pairing are immense.

As DOE's only marine laboratory, MCRL holds a specialized mission space where we can blend the applied energy objectives of DOE with the coastal sciences mission. "MCRL exists to address challenges and realize opportunities pertaining to our ocean, where those challenges and opportunities intersect with DOE mission space. We have an amazing group of people, the support of DOE sponsors, and awesome local and academic partnerships to help us do so." Geerlofs feels that Triton helped put MCRL on the map, and he believes in the project's capacity to contribute to truly Earth-changing science. 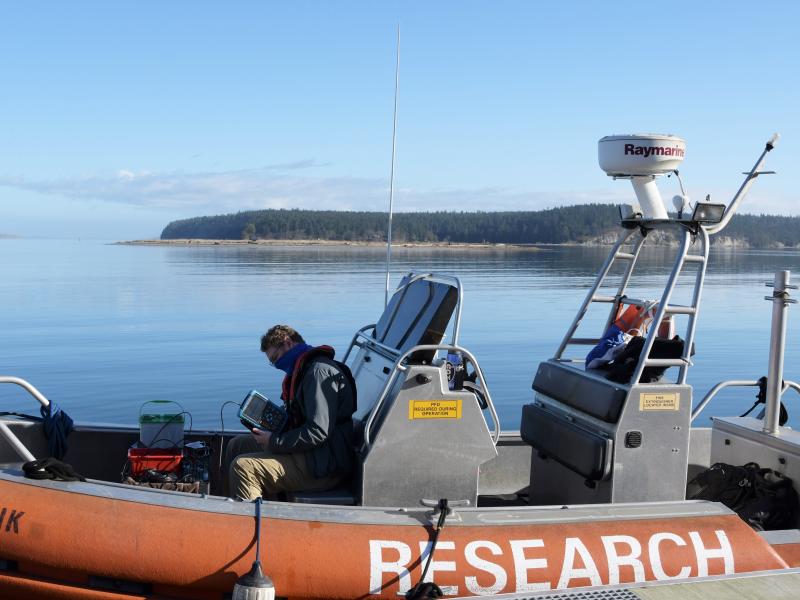 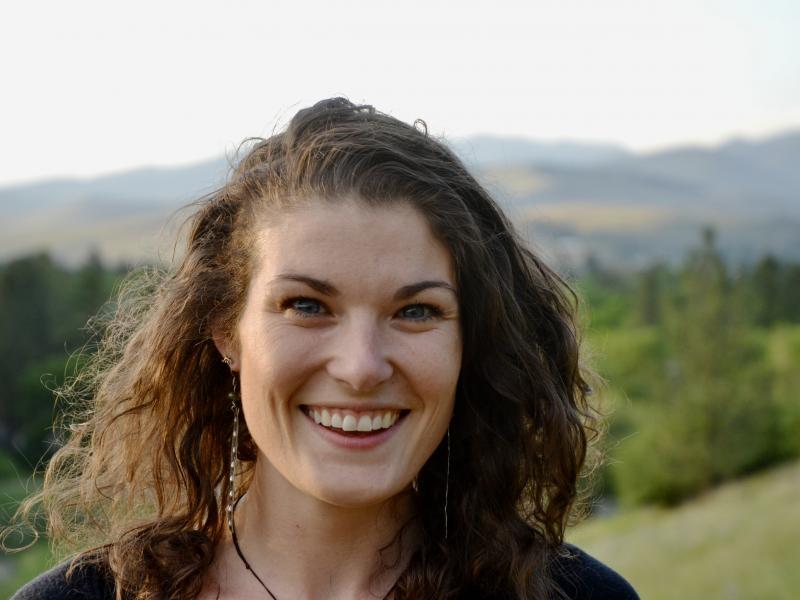 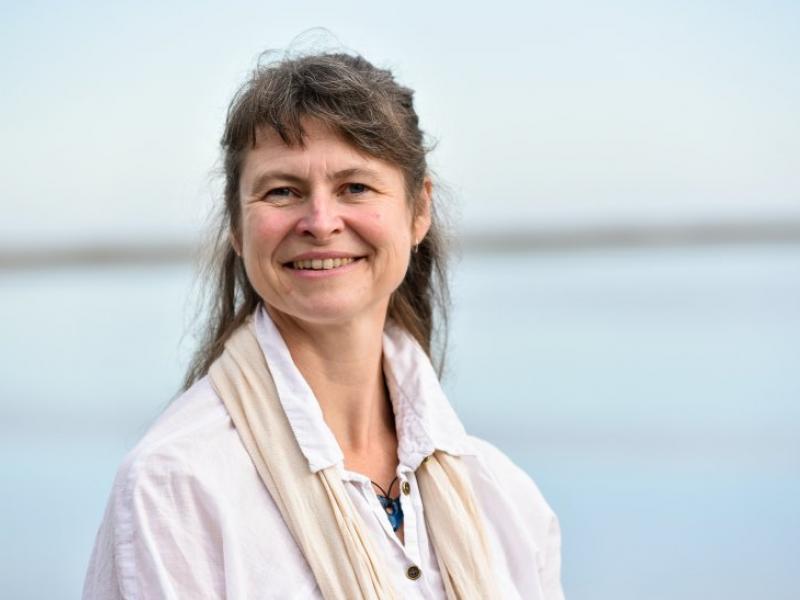