While warming is likely to surpass the limit set by the 2015 Paris Agreement, just how much remains a question 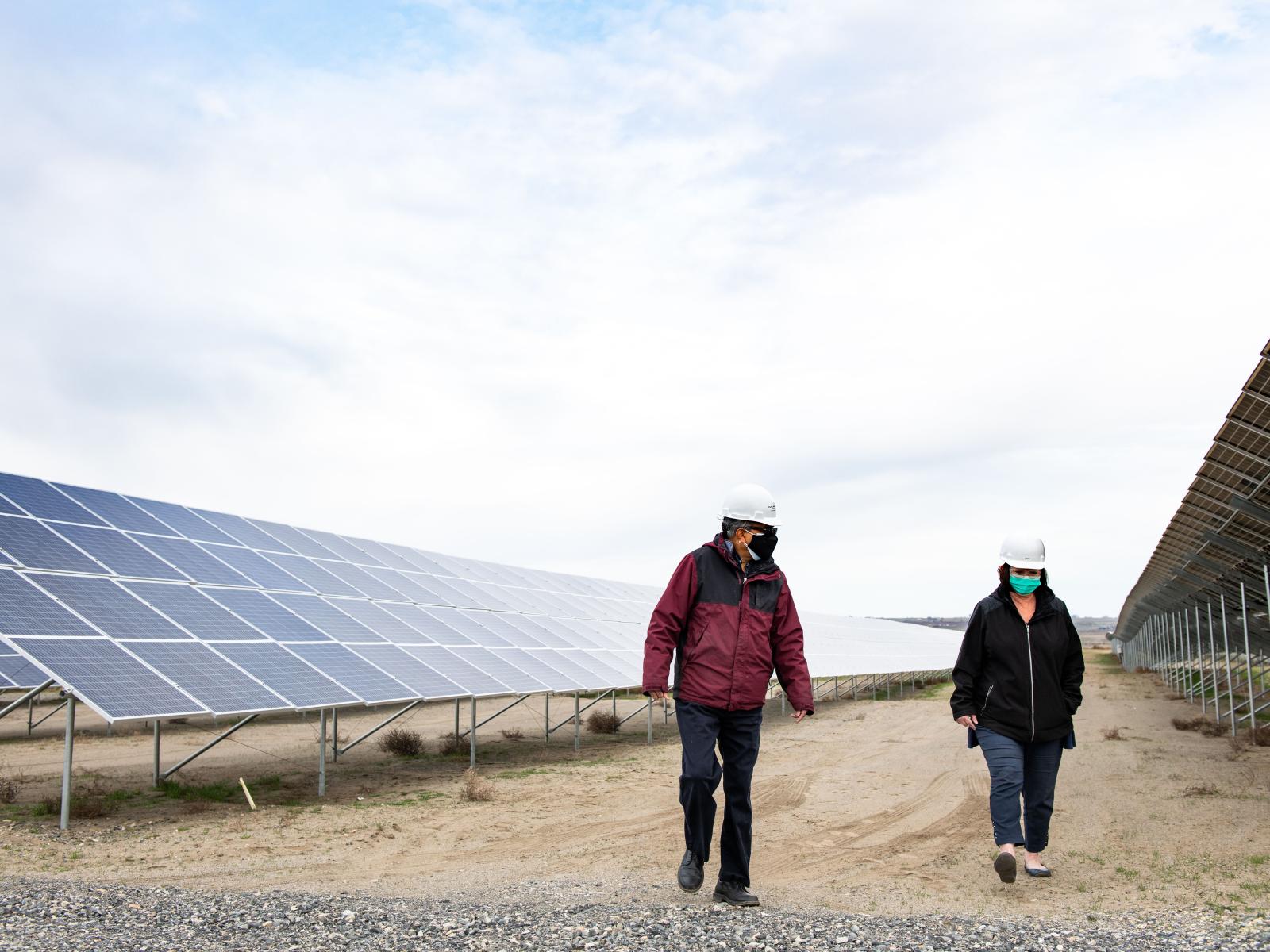 More ambitious climate pledges could bring net-zero carbon dioxide emissions within this century, according to new research. Such a path is marked by rapid transformations throughout the global energy system and the scaling up of low-carbon technologies like renewables, nuclear energy, as well as carbon capture and storage, said the new study's authors.

We are going to overshoot.

But countries can curb time spent in a warmer world by adopting more ambitious climate pledges and decarbonizing faster, according to new research led by scientists at the Department of Energy’s Pacific Northwest National Laboratory, the University of Maryland and the U.S. Environmental Protection Agency. Doing so, they warn, is the only way to minimize the overshoot.

While exceeding the 1.5-degree limit appears inevitable, the researchers chart several potential courses in which the overshoot period is shortened, in some cases by decades. The study published today in the journal Nature Climate Change, during the 2022 United Nations Climate Change Conference, also known as COP27, held in Sharm El Sheikh, Egypt.

“Let’s face it. We are going to breach the 1.5 degrees limit in the next couple of decades,” said corresponding author and PNNL scientist Haewon McJeon. “That means we’ll go up to 1.6 or 1.7 degrees or above, and we’ll need to bring it back down to 1.5. But how fast we can bring it down is key.”

Every second shaved off the overshoot translates to less time courting the most harmful consequences of global warming, from extreme weather to rising sea levels. Forgoing or delaying more ambitious goals could lead to “irreversible and adverse consequences for human and natural systems,” said lead author Gokul Iyer, a scientist alongside McJeon at the Joint Global Change Research Institute, a partnership between PNNL and the University of Maryland.

“Moving fast means hitting net-zero pledges sooner, decarbonizing faster, and striking more ambitious emissions targets,” said Iyer. “Every little bit helps, and you need a combination of all of it. But our results show that the most important thing is doing it early. Doing it now, really.”

During COP26 in 2021, the same research team found that the then updated pledges could substantially increase the chance of limiting warming to 2 degrees Celsius over pre-industrial levels. In their new paper, the authors take an additional step in answering the question of how to move the needle from 2 °C to 1.5 °C.

“The 2021 pledges don't add up to anywhere near 1.5 degrees—we are forced to focus on the overshoot,” said PNNL scientist Yang Ou, who co-led the study. “Here, we're trying to provide scientific support to help answer the question: What type of ratcheting mechanism would get us back down and below 1.5 degrees? That's the motivation behind this paper.”

The authors model scenarios—27 emissions pathways in total, each ranging in ambition—to explore what degree of warming would likely follow which course of action. At a base level, the authors assume that countries will meet their emissions pledges and long-term strategies on schedule.

In more ambitious scenarios, the authors model how much warming is limited when countries decarbonize faster and advance the dates of their net-zero pledges. Their results underscore the significance of “ratcheting near-term ambition,” which entails rapid reductions in carbon dioxide emissions from all sectors of the energy system, immediately and through 2030.

If countries uphold their nationally determined contributions through 2030 and follow a 2 percent minimum decarbonization rate, for example, global carbon dioxide levels would not reach net zero this century.

Taking the most ambitious path outlined, however, could bring net-zero carbon dioxide emissions by 2057. Such a path, the authors write, is marked by “rapid transformations throughout the global energy system” and the scaling up of “low-carbon technologies like renewables, nuclear energy, as well as carbon capture and storage.”

“The technologies that help us get to zero emissions include renewables, hydrogen, electric cars, and so on. Of course those are important players,” said Iyer. “Another important piece of the puzzle is the technologies that can remove carbon dioxide from the atmosphere, like direct air capture or nature-based solutions.”

The most ambitious scenarios outlined in their work are meant to be illustrative of the pathways on offer. But the central takeaway remains clear throughout all modeled scenarios: if 1.5 degrees is to be reattained sooner after we warm past it, more ambitious climate pledges must come.

This work was supported by the U.S. Environmental Protection Agency.