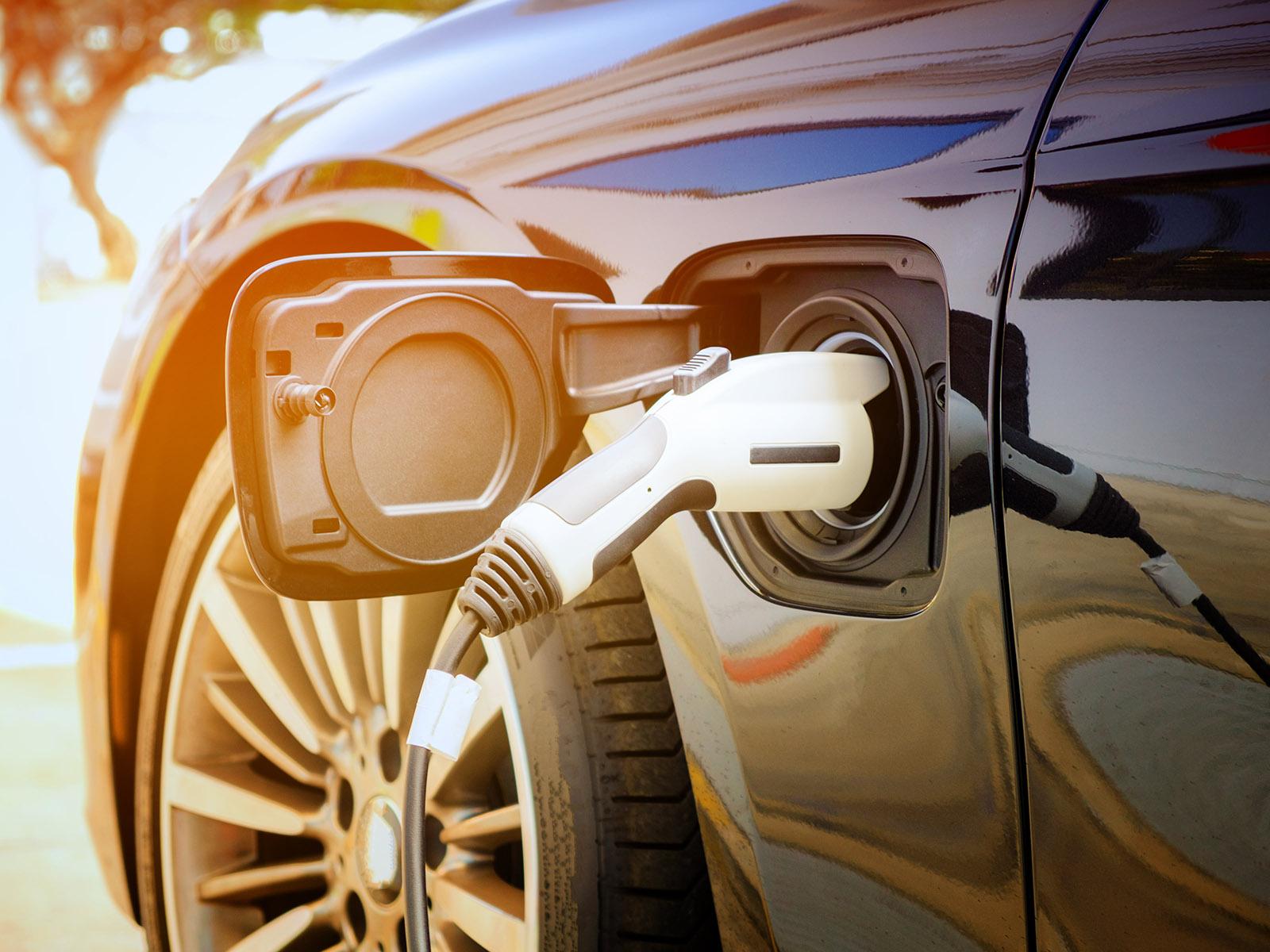 The effort to create electric-vehicle batteries that last longer, are less expensive and hold more energy is intense among battery researchers worldwide.

RICHLAND, Wash.—Researchers have increased the lifetime of a promising electric vehicle battery to a record level, an important step toward the goal of lighter, less expensive and long-lasting batteries for future electric vehicles. The work is reported June 28 in the journal Nature Energy.

Such batteries—the goal of research groups the world over—are seen as an important part of the solution to reduce the effects of climate change, and scientists are exploring a dizzying array of options.

One solution on the horizon is a lithium-metal battery for electric vehicles. These batteries hold almost twice the energy of their widely used lithium-ion counterparts, and they’re lighter. That combination offers the enticing prospect of an electric vehicle that would be lighter and go much farther on a single charge. But lithium-metal batteries in the laboratory have been plagued by premature death, lasting only a fraction of the time of today’s lithium-ion batteries.

Now, a team of scientists at the U.S. Department of Energy’s Pacific Northwest National Laboratory has created a lithium-metal battery that lasts for 600 cycles, far longer than other reported results. That means it can be fully charged and discharged 600 times before it dies.

It’s a big step forward for a promising technology, but lithium-metal technology is not yet ready for prime time. While the lithium-ion batteries used in electric vehicles today hold less energy, they last longer, typically at least 1,000 cycles. But vehicles won’t go as far on one charge as they would with an effective lithium-metal battery.

The new research was done through DOE’s Innovation Center for Battery500 Consortium, a multi-institution effort led by PNNL to develop electric vehicle batteries that are lighter, more energy intensive and less expensive than those currently used. PNNL leads the consortium and is responsible for integrating the latest advances from partner institutions into devices known as high-energy pouch cells and demonstrating improved performance under realistic conditions.

The PNNL team found a way to increase the battery’s lifetime by taking a surprising approach. Instead of using anodes with more lithium, the team used incredibly thin strips of lithium, just 20 microns wide, far thinner than the width of a human hair.

“Many people have thought that thicker lithium would enable the battery to cycle longer,” said Jie Xiao, who along with Jun Liu, the director of the Battery500 Consortium, is a corresponding author of the paper. “But that is not always true. There is an optimized thickness for each lithium-metal battery depending on its cell energy and design.”

The lithium-metal battery created by the Battery500 team has an energy density of 350 watt-hours per kilogram (Wh/kg)—very high but not unprecedented. The value of the new findings has more to do with the battery’s lifetime. After 600 cycles, the battery retained 76 percent of its initial capacity.

Just four years ago, an experimental lithium-metal battery could operate for 50 cycles. That has increased rapidly; two years ago the PNNL team achieved 200 cycles—and now 600. Moreover, the PNNL battery is a pouch cell, which more closely mirrors real-world conditions than does a coin cell, a less realistic type of device used in many battery research projects.

The team’s decision to try thinner lithium strips was based on its detailed understanding of the molecular dynamics of the anode as explained in the Nature Energy paper.

The scientists found that thicker strips contribute directly to battery failure. That’s due to complex reactions around a film on the anode known as the solid electrolyte interphase, or SEI. The SEI is the byproduct of side reactions between lithium and the electrolyte. It acts as an important gatekeeper that allows certain molecules to go from the anode to the electrolyte and back again while keeping other molecules at bay.

It’s an important job. An SEI working effectively allows certain lithium ions to pass through but limits unwanted chemical reactions that reduce battery performance and accelerate cell failure. A primary goal for researchers has been to reduce unwanted side reactions between the electrolyte and the lithium metal—to encourage vital chemical reactions while restraining unwanted ones.

The team found that thinner lithium strips are adept at creating what one might call good SEI, while the thicker strips have a higher chance of contributing to what one might call harmful SEI. In their paper, the researchers use the terms “wet SEI” and “dry SEI.” The wet version retains contact between the liquid electrolyte and the anode, making important electrochemical reactions possible.

But in the dry version, the liquid electrolyte doesn’t reach all of the lithium. Simply, because the lithium strips are thicker, the electrolyte needs to flow into deeper pockets of the lithium, and as it does so, it leaves other portions of the lithium dry. This stops important reactions from occurring, effectively smothering necessary electrochemical reactions, and contributes directly to the early death of the battery.

It’s an important issue, especially in realistic batteries like pouch cells, where the amount of electrolyte available is 20 to 30 times less than that used in experimental coin cells.

Consider how a frying pan gradually builds up a layer of grease if not cleaned thoroughly after each time it is used. Over time, the layer builds up and acts as a barrier, reducing the flow of energy and making the surface less effective. In the same way, an unwanted, dry SEI layer prevents the effective transfer of energy needed inside a battery.

Progress thanks to Battery500

The progress on lithium-metal batteries has been substantial, thanks to the Battery500 Consortium. The goal is to increase the amount of energy packed into a long-duration, safe, affordable battery. More energy per pound of material translates to a lighter vehicle that can go farther on one charge. Today’s electric vehicle batteries are in the neighborhood of 200-250 Wh/kg; Battery500 is aiming for a cell level of 500 Wh/kg.

“The Battery500 Consortium has made great progress in increasing the energy density and extending the cycle life,” said Distinguished Professor M. Stanley Whittingham of Binghamton University, the 2019 Nobel Prize laureate in chemistry and a coauthor of the paper. “But much more needs to be done. In particular, there are safety issues with lithium-metal batteries that must be addressed. That’s something that the Battery500 team is working hard to resolve.”

The work was funded by DOE’s Office of Energy Efficiency and Renewable Energy’s Vehicle Technologies Office. Much of the microscopy to evaluate the battery was done at EMSL, the Environmental Molecular Sciences Laboratory, a DOE Office of Science user facility located at PNNL.

Pacific Northwest National Laboratory draws on its distinguishing strengths in chemistry, Earth sciences, biology and data science to advance scientific knowledge and address challenges in sustainable energy and national security. Founded in 1965, PNNL is operated by Battelle for the U.S. Department of Energy’s Office of Science, which is the single largest supporter of basic research in the physical sciences in the United States. DOE’s Office of Science is working to address some of the most pressing challenges of our time. For more information, visit PNNL's News Center. Follow us on Twitter, Facebook, LinkedIn and Instagram.

Electron Microscopy in the Age of Automation