Critical coastal events, happening once a century in recent times, to occur every year on average 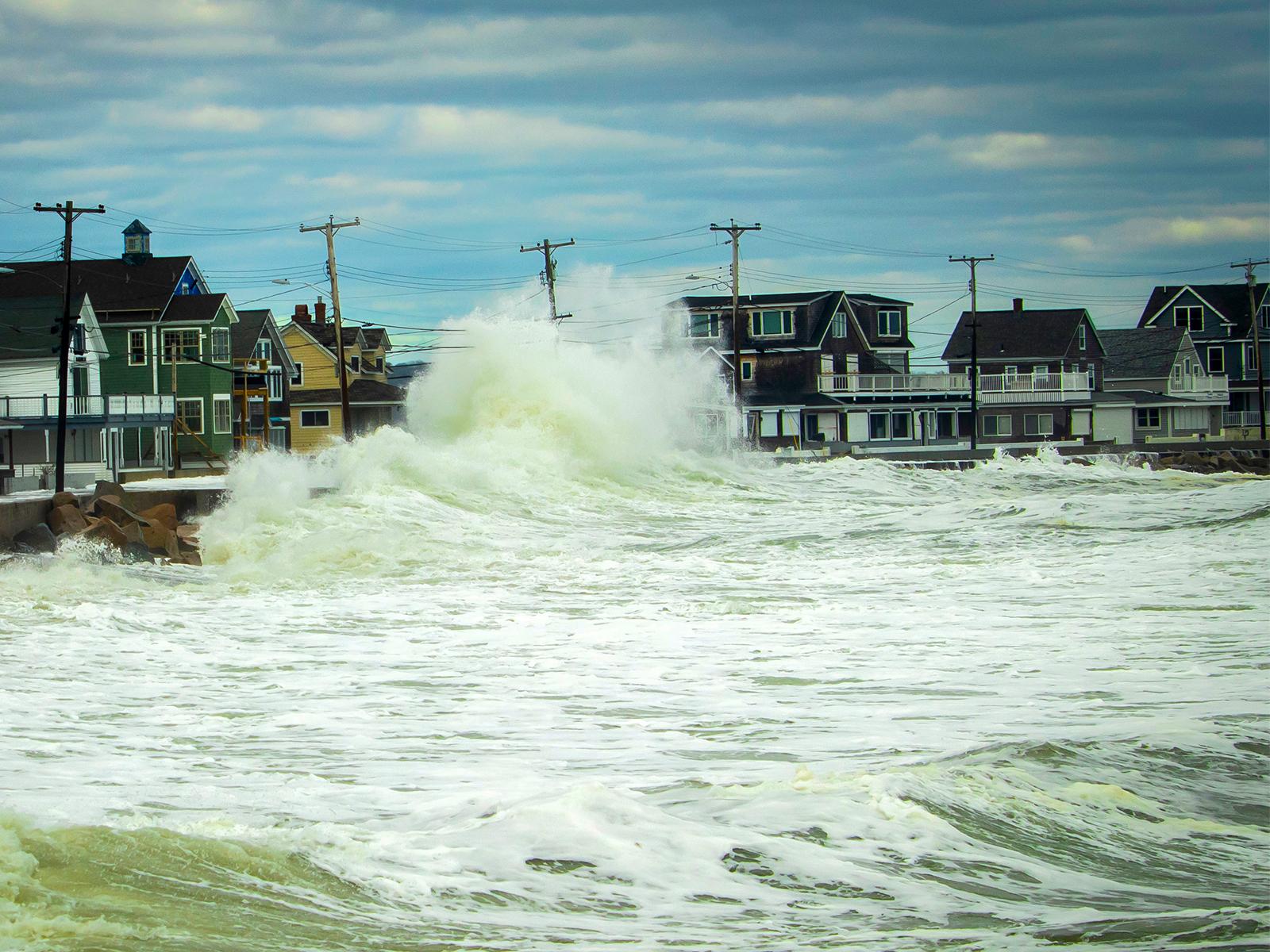 COLLEGE PARK, Md.—The news has been packed in recent months with severe climate and weather events—record-high temperatures from the Pacific Northwest to Sicily, flooding in Germany and the eastern United States, wildfires from Sacramento to Siberia to Greece. Events that seemed rare just a few decades ago are now commonplace.

A new study, appearing in the journal Nature Climate Change August 30, looks specifically at extreme sea levels—the occurrence of exceptionally high seas due to the combination of tide, waves and storm surge. The study predicts that because of rising temperatures, extreme sea levels along coastlines the world over will become 100 times more frequent by the end of the century in about half of the 7,283 locations studied. That means, because of rising temperatures, an extreme sea level event that would have been expected to occur once every 100 years currently is expected to occur, on average, every year by the end of this century.

While the researchers say there is uncertainty—as always—about future climate, the most likely path is that these increased instances of sea level rise will occur even with a global temperature increase of 1.5 or 2 degrees Celsius compared to preindustrial temperatures. Scientists consider these temperatures the lower end of possible global warming. And the changes are likely to come sooner than the end of the century, with many locations experiencing a 100-fold increase in extreme sea level events by 2070.

Claudia Tebaldi, a climate scientist at the Department of Energy’s Pacific Northwest National Laboratory, led an international team of researchers in the analysis. She brought together scientists who have led previous large studies of extreme sea levels and the effects of temperatures on sea level rise. The team pooled its data and introduced a novel synthesis method, treating the alternative estimates as expert voters, to map out likely effects of temperature increases ranging from 1.5 C to 5 C compared to preindustrial times.

The scientists found, not unexpectedly, that the effects of rising seas on extreme sea level frequency would be felt most acutely in the tropics and generally at lower latitudes compared to northern locations. Locations likely to be affected most include the Southern Hemisphere, areas along the Mediterranean Sea and the Arabian Peninsula, the southern half of North America’s Pacific coast, and areas including Hawaii, the Caribbean, the Philippines and Indonesia. In many of these regions, sea level is expected to rise faster than at higher latitudes.

“One of our central questions driving this study was this: How much warming will it take to make what has been known as a 100-year event an annual event? Our answer is, not much more than what has already been documented,” said Tebaldi, who notes that the globe has already warmed about 1 C compared to preindustrial times.

The new study mirrors the assertion of the 2019 Intergovernmental Panel on Climate Change report, which stated that extreme sea level events would become much more common worldwide by the end of the century due to global warming.

“It’s not huge news that sea level rise will be dramatic even at 1.5 degrees and will have substantial effects on extreme sea level frequencies and magnitude” said Tebaldi. “This study gives a more complete picture around the globe. We were able to look at a wider range of warming levels in very fine spatial detail.”

The best- and worst-case scenarios put forth by the study vary, due to uncertainties that the study authors represented in remarkable detail. In one scenario, at the pessimistic end, 99 percent of locations studied will experience a 100-fold increase in extreme events by 2100 at 1.5 C of warming. In another, at the optimistic end, about 70 percent of locations don’t see much of a change even with a temperature increase of 5 C.

The authors call for more study to understand precisely how the changes will affect particular communities. They point out that the physical changes that their study describes will have varying impacts at local scales, depending on several factors, including how vulnerable the site is to rising waters and how prepared a community is for change.

Tebaldi, the corresponding author, is a scientist at the Joint Global Change Research Institute, a partnership between PNNL and the University of Maryland where researchers explore the interactions between human, energy and environmental systems.

The study was funded by the U.S. Environmental Protection Agency and DOE’s Office of Science.