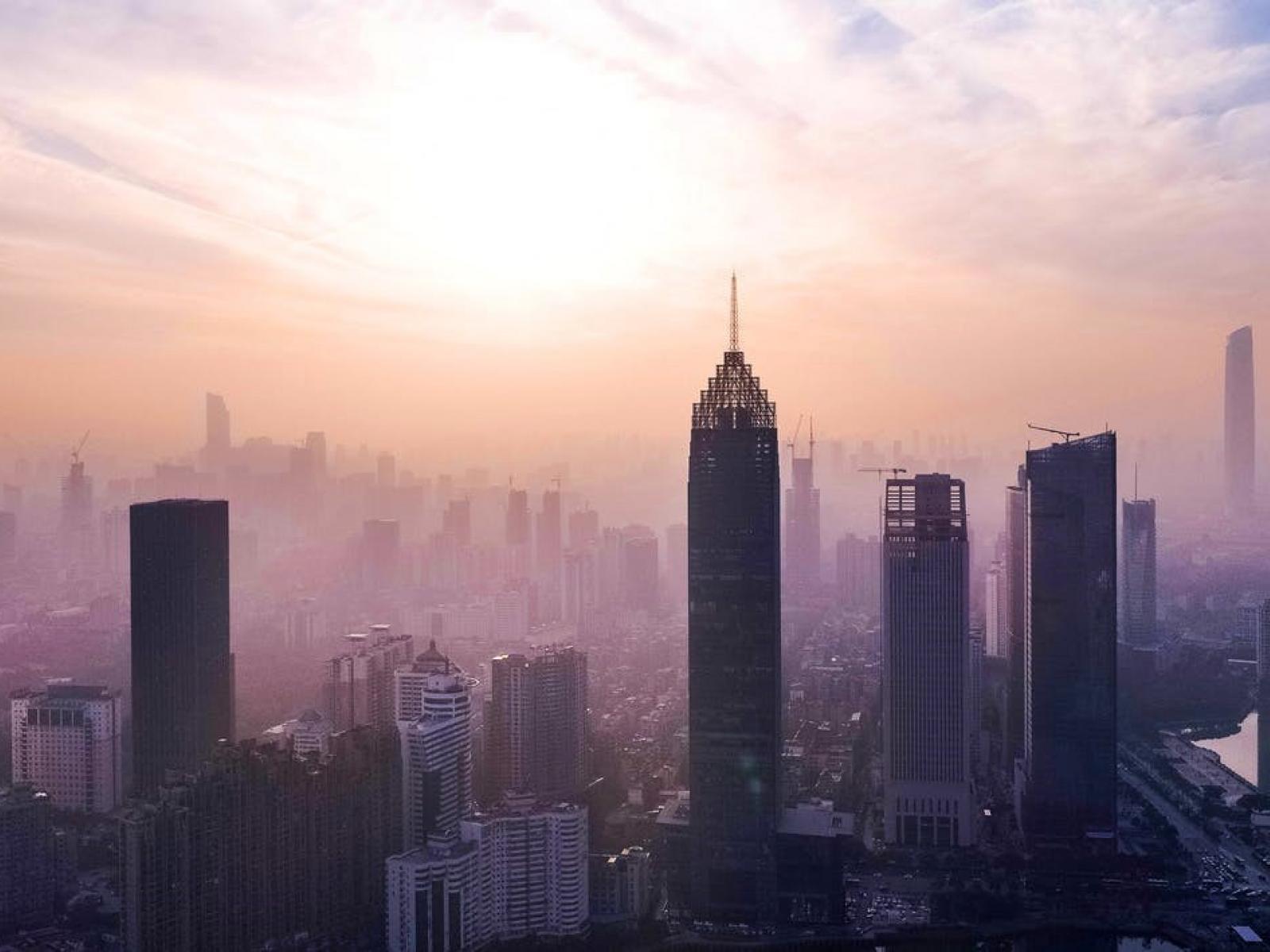 PNNL scientist Dr. Xiao-Ying Yu and her team recently uncovered information about the formation of secondary organic aerosols, a primary pollutant of concern in terms of climate change.

Global climate change is often at the forefront of national and international discussions and controversies, yet many details of the specific contributing factors are poorly understood. Many questions remain unanswered about just how broad humans’ effect on Earth’s shifting climate really is.

New insights about a prolific pollutant

Now, PNNL scientist Dr. Xiao-Ying Yu and her team have discovered important information about the formation of secondary organic aerosols (SOAs), which are quickly becoming a primary pollutant of concern in terms of climate change.

SOAs are airborne molecules produced from parent organic molecules, often known as volatile organic compounds (VOCs), by a series of photochemical reactions. VOCs enter the atmosphere as gases emitted from the biosphere and are currently released in massive quantities from human activities, such as burning fossil fuels like gasoline, coal, and natural gas. VOCs can also come from pesticides and household products like paints, adhesives, and air fresheners. When taken up in airborne water, VOCs are primed for reactions that form SOAs.

SOAs don’t just contribute to atmospheric changes—they are also important players in human health and can have adverse effects on our respiratory and circulatory function.

Using a special device—System for Analysis at the Liquid Vacuum Interface (SALVI)—invented by Yu, the team uncovered several underlying factors and mechanisms behind SOA formation, including the layer of liquid water that often covers the surface of airborne particles and takes up VOCs. The team’s research was conducted at EMSL, the Environmental Molecular Sciences Laboratory, a U.S. Department of Energy (DOE) user facility located at PNNL. Yu’s research builds off chemical imaging techniques developed in her group at PNNL, as well as off a body of work that comprises some 10 to 15 years of study on surfaces and interfaces. The team’s results show that the interface between the water layer and the air around it is important in SOA formation because it facilitates the reactions that create SOAs from VOCs. See the team’s paper, published in Environmental Science and Technology, here.

Even so, because light plays such a central role in SOA development, it might seem that the risk of SOA exposure would lessen or disappear at night. Not so fast. The team’s companion work, published in npj Climate and Atmospheric Science, shows that both daytime and nighttime chemistry can occur, meaning that SOAs are still forming after the sun goes down. Although the exact reasons for this are not yet clear, Yu and her team are on a promising track. While several chemical species crucial to SOA development are produced by photochemistry, clusters of ions involving organics (carbon-based molecules) and water stored in the liquid layer around other organics have only been speculated about before. Yu and her team found that these cluster ions may be equally important to the formation of SOAs, enabling continued formation even after the sun sets.

By better informing global process models and predictions, the information revealed by Yu and her colleagues about SOAs can help us better understand the myriad ways that humans are affecting Earth’s climate.

PNNL’s Materials Synthesis and Simulation Across Scales Initiative—better known as MS3—and mission seed Laboratory-Directed Research and Development (LDRD) program both provided vital funding for Yu’s work. Although MS3 is now completed, it focused on supporting research that both contributed to a carbon-neutral economy and sought to understand the development of ion clusters that leads to the initial phases of secondary particle formation. The program was committed to facilitating the synthesis of materials that encourage energy efficiency, renewable energy production, and carbon sequestration. Fundamental work like Yu’s, that strives to understand the basic mechanisms of what happens to the substances that human activities produce, is essential to PNNL’s scientific mission.

PNNL’s mission seed LDRD is geared toward supporting research and generating capabilities that support the fundamental science missions of the DOE’s Office of Science.