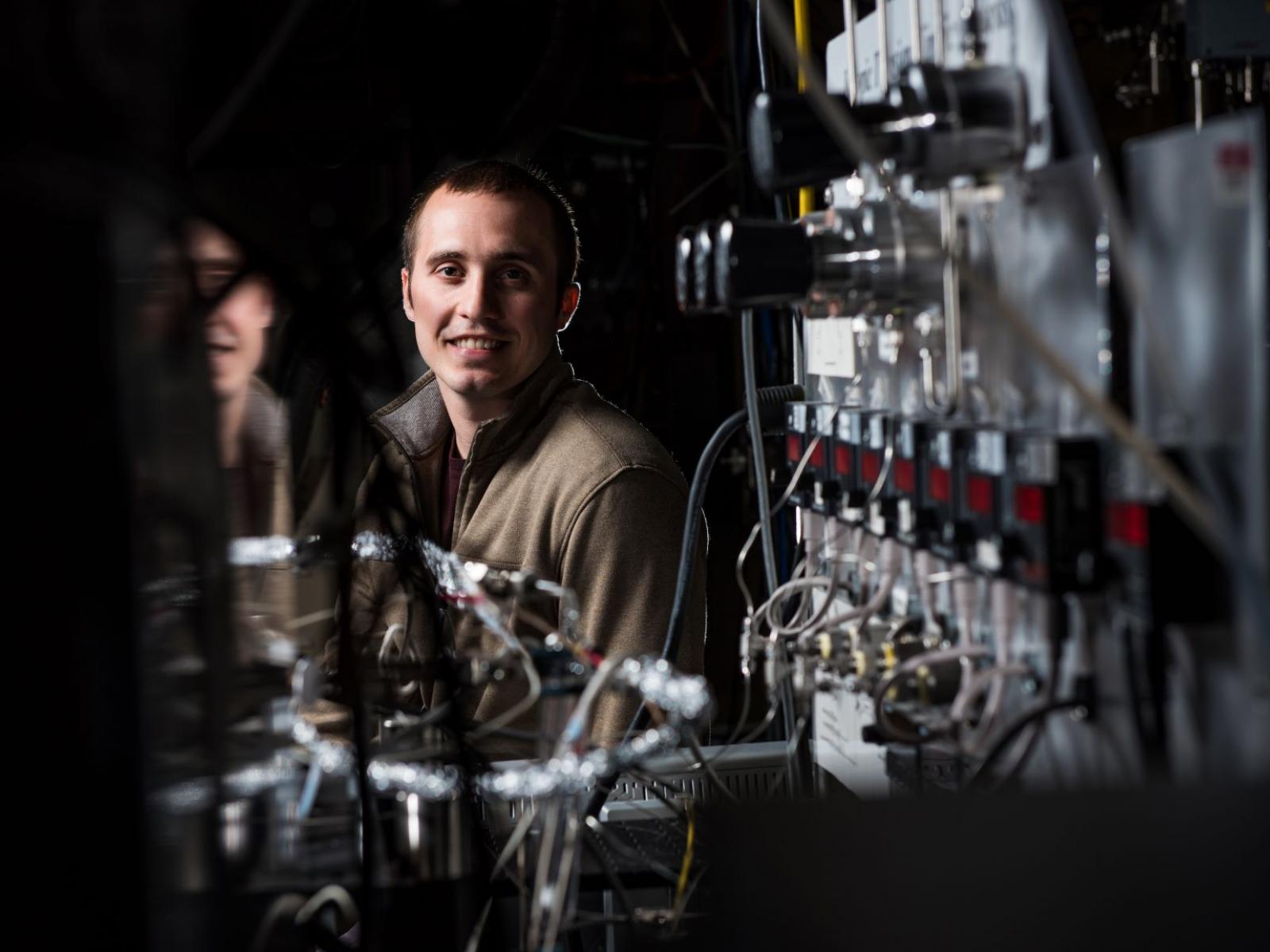 Researchers at PNNL have solved a mystery for a chemical reaction essential for fuel and fertilizer production. The so-called water-gas shift reaction forms hydrogen fuel and carbon dioxide from carbon monoxide and steam. The research addresses a fundamental question in the chemical transformations that are accomplished using catalysts, chemicals that help speed up reactions and are used to make thousands of consumer and industrial products.

The discovery, published in the October 2019 issue of Nature Catalysis, addresses a fundamental chicken-or-egg question in catalysis: Do interactions between chemical reactants and the catalyst create an “active site” or does an “active site” already exist within the catalyst?

Using a combination of sophisticated techniques that can track the reaction in real time, the researchers, led by Janos Szanyi and Vassiliki-Alexandra (Vanda) Glezakou, determined experimentally that the active site is not intrinsic to the catalyst. Instead, it’s created when the catalyst encounters that reactant.  The PNNL team answered the question by observing distinct changes in catalyst properties before and after encountering that reactant.

“Our new understanding has provided us with a roadmap to develop more efficient catalysts,” said Nicholas Nelson, a PNNL postdoctoral research associate and first author on the research article. “One such avenue is to use a single-metal atom as the catalytic site, as opposed to several hundred metal atoms stuck to each other. This will maximize catalyst efficiency by ensuring that each metal atom participates in the reaction.”

If researchers could develop faster, more stable catalysts to drive the water-gas shift reaction, it would increase manufacturing efficiency for fertilizer ingredients, such as ammonia, or fuels such as hydrocarbons, methanol, and hydrogen.

“This discovery could also lead to fuel cell technology becoming more pervasive in the energy sector, which may lower transportation emissions and diversify our energy portfolio,” Nelson said.

The discovery is the culmination of more than two years of experiments performed within PNNL’s Institute for Integrated Catalysis, which explores and develops the chemistry and technology of catalyzed processes that enable a carbon-neutral future. The researchers used a specialized piece of equipment that can “see” the reaction happening in real time. By combining two forms of spectroscopy, researchers were able to follow the reaction process in unprecedented detail, sorting out precisely when and how the chemicals combined and how products were generated. The combination of instrument capability and experiments using unconventional gas sequences were critical to identify the key intermediate during the water-gas shift reaction.

The intermediate in this reaction, termed a carboxyl, was theoretically proposed over 10 years ago, yet has not been detected experimentally until now. The evolution and detection of this intermediate is an important finding that changes the way scientists think about the interaction between hydrogen and single-metal atom catalysts. The new insight will not only aid in the development of catalysts for water-gas shift but also numerous other reactions involving hydrogen.