A New Era of Accelerator Science 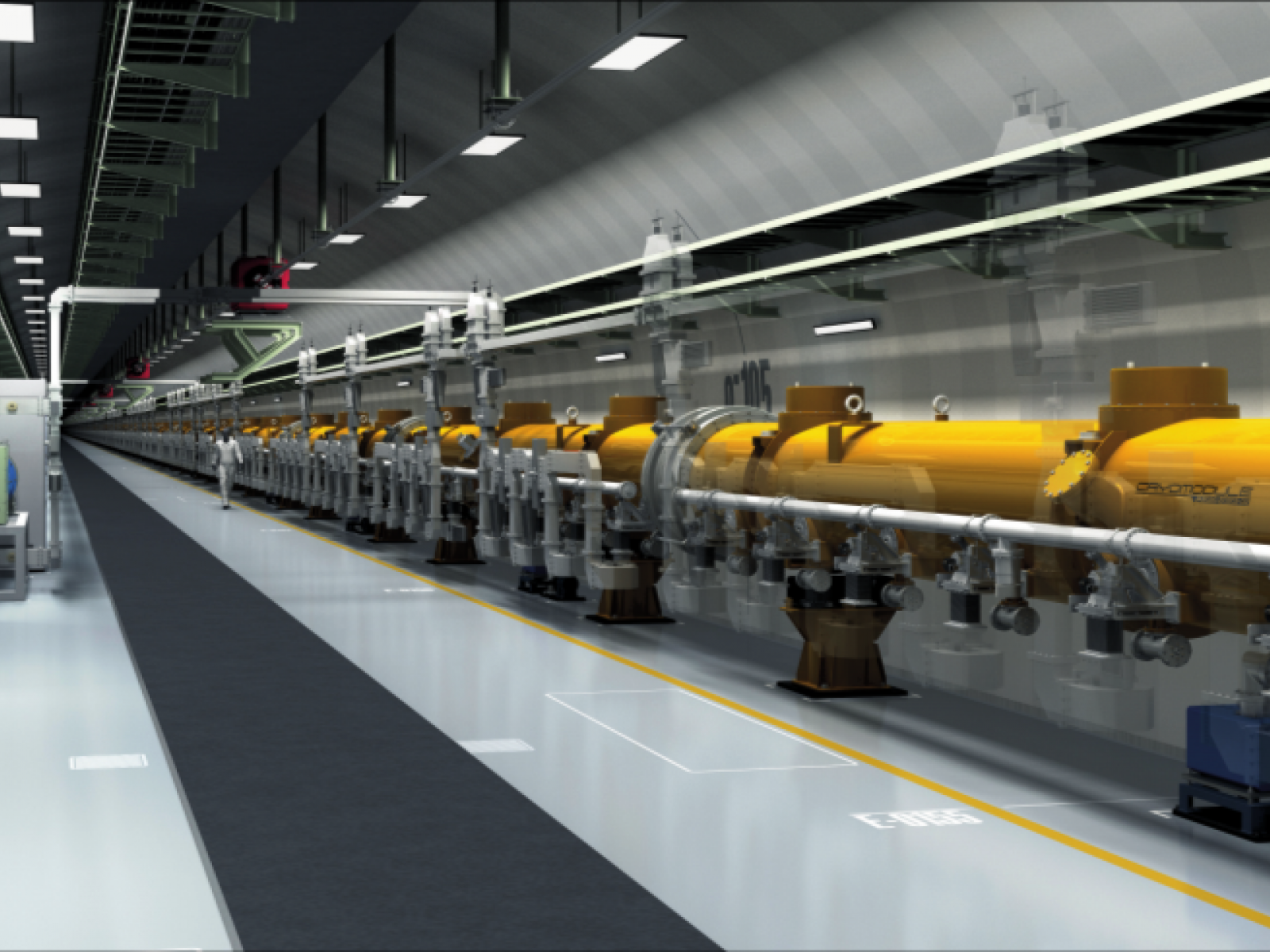 A conceptual view of the proposed International Linear Collider tunnel.

Even before the Large Hadron Collider (LHC) in Switzerland detected the elusive subatomic particle known as the Higgs boson in 2012, scientists around the world were already hard at work planning for the next particle accelerator. Arguably some of the most sophisticated scientific machines on the planet, these engineering marvels take decades to plan, build, test, and start.

Such is the case for the proposed International Linear Collider, or ILC.

“To fully understand the Higgs particle’s role in nature and go beyond our current theories, we need even more sensitivity and precision, and that’s what the ILC and its experiments are designed to do,” said Jan Strube, a physicist at Pacific Northwest National Laboratory (PNNL). His research pairs advanced computing with high energy physics to optimize the detection capabilities of current and future experiments.

Strube also holds a joint appointment at the University of Oregon’s Institute for Fundamental Science and is one of the leading researchers in the United States working to define the experimental requirements for the new ILC to achieve the desired precision.

The ILC, envisioned by scientists to operate in Japan, is under discussion by the United States, Japanese, and European governments. The U.S. Department of Energy (DOE) expressed support for the ILC during a workshop organized by the international physics community in October 2020.

In an article for the CERN Courier published in January 2021, Strube and colleagues from Germany and Japan outline the future of particle physics research using linear colliders, which could improve our understanding of dark matter and help answer fundamental questions about the universe. The Courier covers high energy physics efforts around the world and is published by the European Organization for Nuclear Research, or CERN, one of the largest and most respected centers for scientific research and home of the LHC.

Final proof for the Standard Model

The Standard Model of physics, established in the 1960s, is an encompassing theory that explains three of the four fundamental forces of nature: electromagnetism, weak and strong interactions, and gravity. Discovery of the Higgs boson by the LHC confirmed the mathematical equations for the first three of these forces, except for a couple of glaring omissions—an explanation for dark matter being one of them, Strube said.

Scientists believe they can fill the gaps with more precise measurements from electron-positron collisions in a “Higgs Factory” focused on producing mostly Higgs bosons in a clean laboratory for more detailed study.

The ILC—designed as a straight tunnel 21 km long for the initial stage of the facility—provides a clean, precise environment for measuring miniscule changes in energy from particle collisions. The tunnel can be extended up to 50 km to achieve higher energies for unique physics measurements beyond the Higgs boson.

Research and development for the ILC detectors has focused on low-mass tracking and high granularity sensors for unprecedented resolution. As described in the Courier article, the ILC’s polarized beams and high luminosity will lead to at least one order of magnitude improvement over the current knowledge for many Standard Model observables.

In addition to answering questions about the fundamental laws of nature, the technology developed through the work could lead to further advances in medicine, industrial processes, and research facilities—all priorities for DOE.

A new phase for the ILC

The European Strategy for Particle Physics recently prioritized the first phase of the next accelerator as a “Higgs Factory.” Initial steps for a proposed ILC would involve working toward a preparatory laboratory for technical coordination prior to construction while continuing inter-governmental discussions on matters related to governance, resource sharing, and operations.

For nearly a century, DOE has stewarded collaborative accelerator research as a prime example of their unique capabilities for conducting “science at scale.” This teaming approach has led to advances in a variety of fields, such as fusion, high-performance computing, artificial intelligence, and others.

If the ILC were to move forward, Strube anticipates PNNL may contribute expertise in machine learning and data analytics. These capabilities could enhance a variety of experimental facets including simulation and modeling software, data throughput and management, and facility operations.

Strube envisions the new accelerator has the potential for discovering and unveiling the nature of dark matter, a top priority in particle physics research both at PNNL and around the world. According to the planned timeline, if the ILC were to proceed, the facility would undergo commissioning around 2035.