As the Mercury Rises, the Urban Heat Penalty Grows, Especially at Night 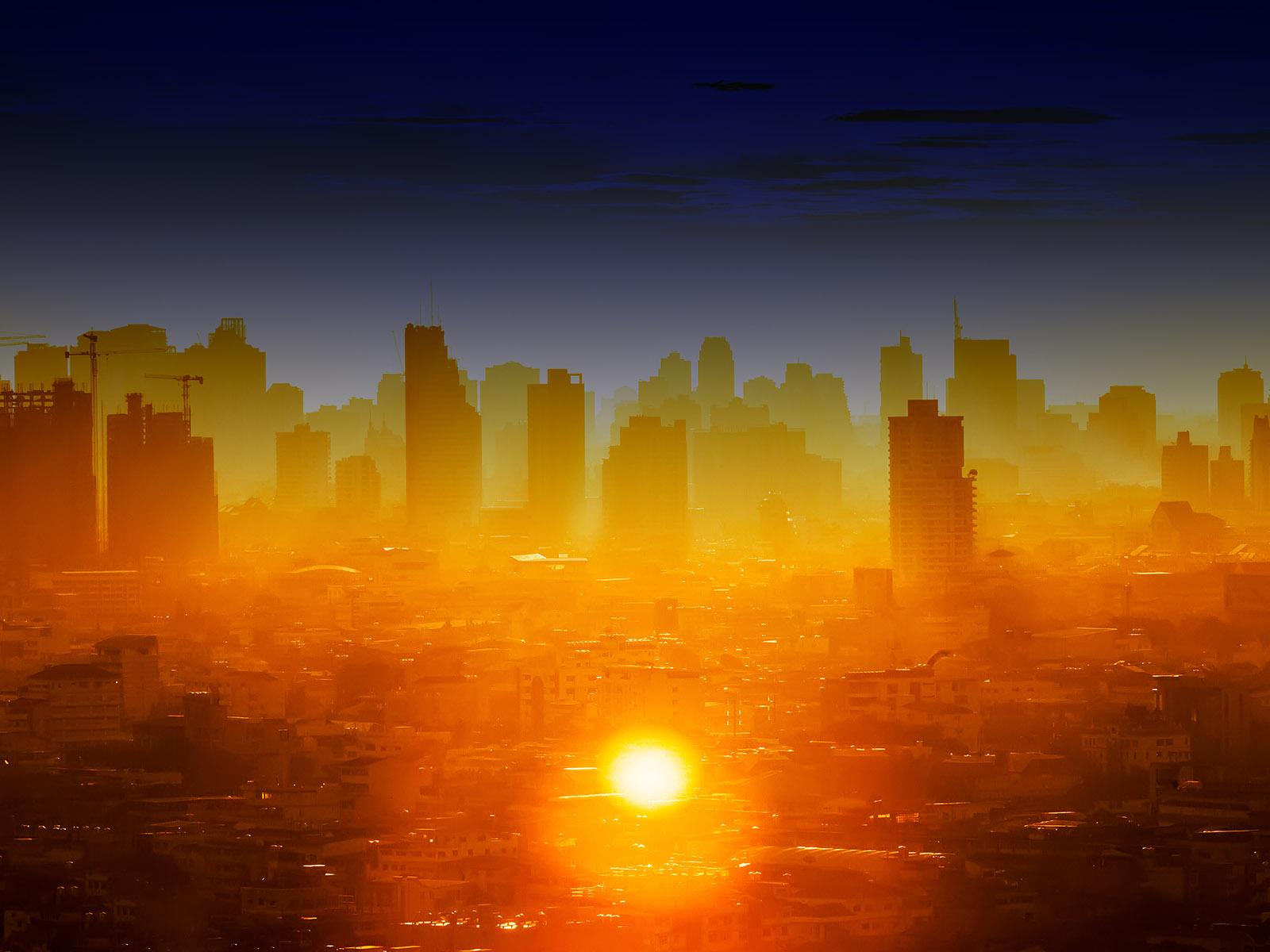 Urban areas like Miami soak up energy in the daytime, then release heat at night, driving up temperatures significantly in some areas.

But urban living isn’t so cool when it comes to summer weather.

Living in a city translates to an extra two to six hours of uncomfortable weather per day in the summer for people in the eastern and central United States, according to research published Dec. 9 in Geophysical Research Letters. The scientists present this and related work this week at the annual meeting of the American Geophysical Union.

The additional uncomfortable hours occur mainly at night. Cities bake in the summer sun, with concrete, dark pavement and structures soaking in the heat during the day and releasing it at night, raising the nighttime heat index.

Living in a city boosted the nighttime urban heat stress index anywhere from 1.9 to 4.9 degrees Celsius (about 3.5 to 9 degrees Fahrenheit) compared to nearby rural areas. The effect in the daytime was much less. During daylight hours, some cities actually become slightly more comfortable due to lower humidity.

Researchers at the Department of Energy’s Pacific Northwest National Laboratory also found that when a heat wave hits, the heat penalty of living in a city grows even more. Though everyone in the region is experiencing warmer temperatures, the extra amount of heat that the city residents feel compared to their rural neighbors becomes even larger. The hotter it is, the bigger the penalty—a concern especially in light of future global warming.

Because more than four out of five Americans live in urban areas, the scope of the penalty is likely extensive. Extreme heat is now listed routinely as a leading weather-related cause of death in the U.S., usually ahead of floods, wildfires and hurricanes.

“People have known about the urban heat island effect for more than 180 years, but the fact that the differences between nighttime and daytime and among different cities is so substantial is somewhat surprising,” said PNNL atmospheric scientist Yun Qian, corresponding author of the paper.

Gap between urban and rural

The researchers found that in the U.S. cities studied, a temperature increase of 1 degree C (about 2 degrees F) translates to an extra 30 minutes of uncomfortable weather in a day for city residents. That means a heat wave, or future warming, that increases the background temperature 6 degrees C—roughly 11 degrees F—could translate to three more hours of uncomfortable weather in a day.

That’s above and beyond the extra discomfort that other residents living in less urban areas in the same region experience.

To do the study, scientists designed and ran a climate-urban model and analyzed the results for six summers, from 2008 to 2013. The study included large cities such as New York, Boston, Philadelphia, Washington, Atlanta, Miami, Chicago, Detroit, Houston and Dallas. The scientists looked at the heat stress index, which describes how the temperature feels when humidity is taken into account.

Then the team calculated “heat caution hours,” which they defined as hours when the heat index reached above 27 degrees C, or about 80 degrees F—the dividing line they used between comfortable and uncomfortable.

The team observed a competing dynamic between temperature and humidity in cities. When it comes to comfort, cities have the advantage when it comes to humidity. There’s usually less humidity in urban areas because there aren’t as many plants, trees and other vegetation to give off moisture. But uncomfortable higher temperatures in cities are a more powerful factor, with an impact about five times that of humidity.

In all the cities studied, the air became more uncomfortable at night as temperatures rose, regardless of humidity. Beyond that, the effects of urban living varied a bit from region to region.

At night, urban areas in the Northeast, such as New York and Philadelphia, experienced the largest nighttime penalty, with the heat index increasing up to about 4.5 degrees C.

In many cities, urban living makes the daytime hours less comfortable too. Philadelphia, Washington, New York and Chicago all experience a higher heat index and more heat stress during the daytime, compared to more rural regions nearby. But because of lower humidity that accompanied higher temperatures in cities, daytime comfort was slightly enhanced in the southern and eastern United States, including Dallas, Houston, Atlanta and Miami.

“It’s important to note the differences between cities,” said coauthor T.C. Chakraborty. “What is useful for heat mitigation in Chicago, for example, may be different than what is useful in Miami. Even within one city, different neighborhoods can be very different—for example, an area along a river compared to a neighborhood with no grass or water nearby.”

Along with Qian, former PNNL postdoctoral researcher Chandan Sarangi, now at the Indian Institute of Technology in India, is a lead author of the paper. Other PNNL authors are Jianfeng Li, Ruby Leung and Ying Liu.

The research was funded by the DOE Office of Science.