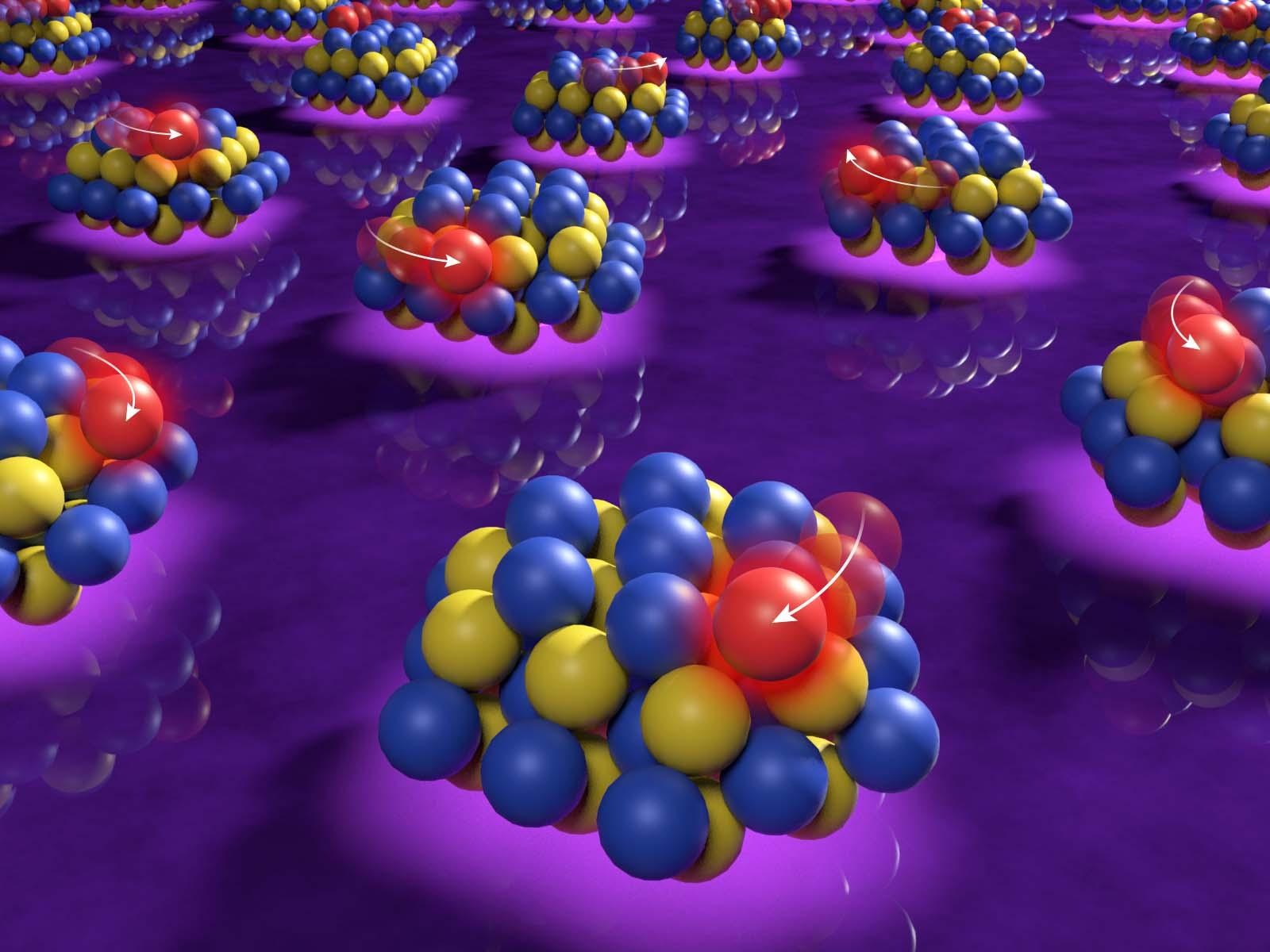 Platinum atoms attached to islands of cerium oxide on a silicon dioxide support.

RICHLAND, Wa.— A multi-institutional research team recently reported in the journal Nature a discovery that simultaneously reduces the need for rare and expensive platinum and improves its ability to speed up economically important chemical reactions. The research team solved a long-standing sticky problem: when metal atoms are exposed to the conditions required for chemical reactions, they tend to clump together.

Yong Wang, a Laboratory fellow at Pacific Northwest National Laboratory, and a Regents Professor in Washington State University’s Gene and Linda Voiland School of Chemical Engineering and Bioengineering, described the discovery in a news story issued by WSU.

“The stabilization of precious metals to allow each atom to be a catalyst is a holy grail in the catalysis field,” said Wang, who also serves as an associate director of PNNL's Institute for Integrated Catalysis. “We are not only using the least amount of platinum group metals but are also making each atom much more reactive.”

The research team solved the problem by carefully placing the metal atoms on cerium oxide “islands” anchored in a silicon dioxide support. This configuration held the individual metal atoms tightly in place.

The discovery could be important for many types of industrial applications, including vehicle emission controls, and production of fuels, fertilizers and other applications. For instance, a PNNL research team recently used the principles described in this study to develop a promising method to upcycle plastic waste. The discovery also supports PNNL and Department of Energy efforts to reduce critical mineral use and develop more efficient catalytic reactions.

The research was supported by the Department of Energy, Office of Science, and the National Science Foundation. Read the full research article.