Plastic Upcycling: From Waste to Fuel for Less 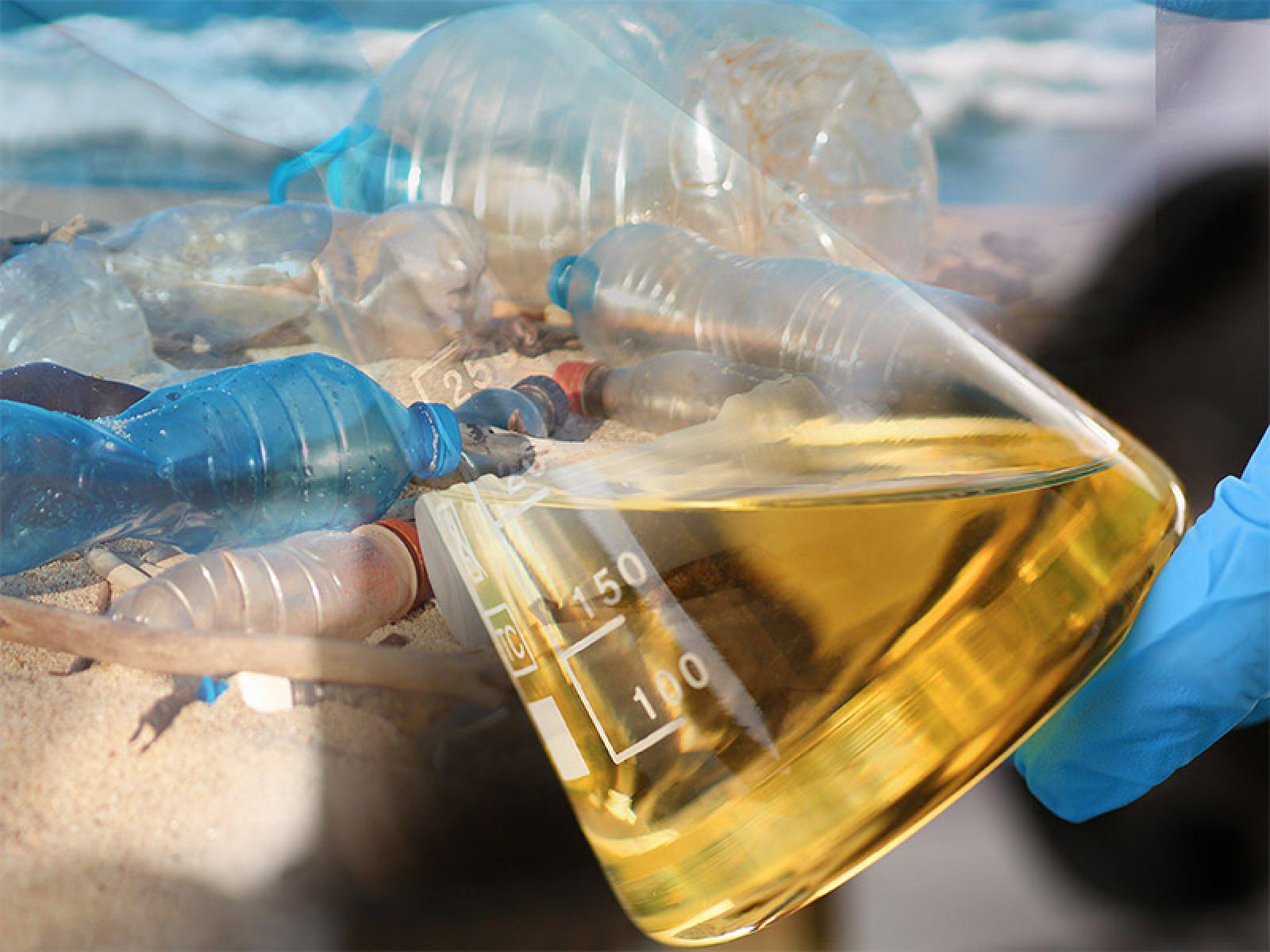 Plastic waste may one day be upcycled to useful commodity chemicals instead of ending up in the environment.

“The key discovery we report is the very low metal load,” said Pacific Northwest National Laboratory chemist Janos Szanyi, who led the research team. “This makes the catalyst much cheaper.”

The new method more efficiently converts plastics to valuable commodity chemicals—a process termed “upcycling.” In addition, it produces much less methane, an undesirable greenhouse gas, as a byproduct, compared with other reported methods.

“It was very interesting to us that there had been nothing previously published showing this result,” said postdoctoral research scientist Linxiao Chen, who presented the research at ACS. “This research shows the opportunity to develop effective, selective and versatile catalysts for plastic upcycling.”

Petroleum-based plastic waste presents an untapped source of carbon-based chemicals that can serve as the starting material for useful durable materials and fuels. Very little plastic is currently recycled, mainly for economic and practical reasons. But PNNL scientists are trying to change the dynamic by applying their expertise in efficiently breaking chemical bonds.

The research team discovered that reducing the amount of the precious metal ruthenium actually improved the polymer upcycling efficiency and selectivity. In a study recently published in ACS Catalysis, they showed that the improvement in efficiency happened when the low ratio of metal to support structure caused the structure to shift from an orderly array of particles to disordered rafts of atoms.

A track record of PNNL expertise in single-atom catalysts helped the team understand why less is more. The research team observed the transition to disorder on the molecular level and then used established theory to show that single atoms are actually more effective catalysts in this experimental work.

The work builds on research in atom trapping and single-atom catalysts by Yong Wang, a professor of chemical engineering at Washington State University, Pullman, and a PNNL Laboratory fellow.

“There has been a lot of effort from a material perspective to try to understand how single atoms or very small clusters can make effective catalysts,” said Gutiérrez.

At ACS, Chen also described new work that explores the role of the support material in improving the efficiency of the system.

“We have investigated cheaper and more easily available support materials to replace cerium oxide,” said Chen. “We found that a chemically modified titanium oxide may enable a more effective and selective pathway for polypropylene upcycling.”

Learning how to tolerate chlorine

To make the method practical for use with mixed plastic recycling streams, the research team is now exploring how the presence of chlorine affects the efficiency of the chemical conversion.

“We are looking into more demanding extraction conditions,” said chemist Oliver Y. Gutiérrez, an expert in industrial applications for catalysis. “When you don't have a clean plastic source, in an industrial upcycling process, you have chlorine from polyvinylchloride and other sources. Chlorine can contaminate the plastic upcycling reaction. We want to understand what effect chlorine has on our system.”

Now, that fundamental understanding may help convert waste plastic that would usually end up as pollution in the environment into useful products.

The research was supported by the Department of Energy, Office of Science. This research also used resources from the Advanced Photon Source, an Office of Science user facility operated for DOE by Argonne National Laboratory.