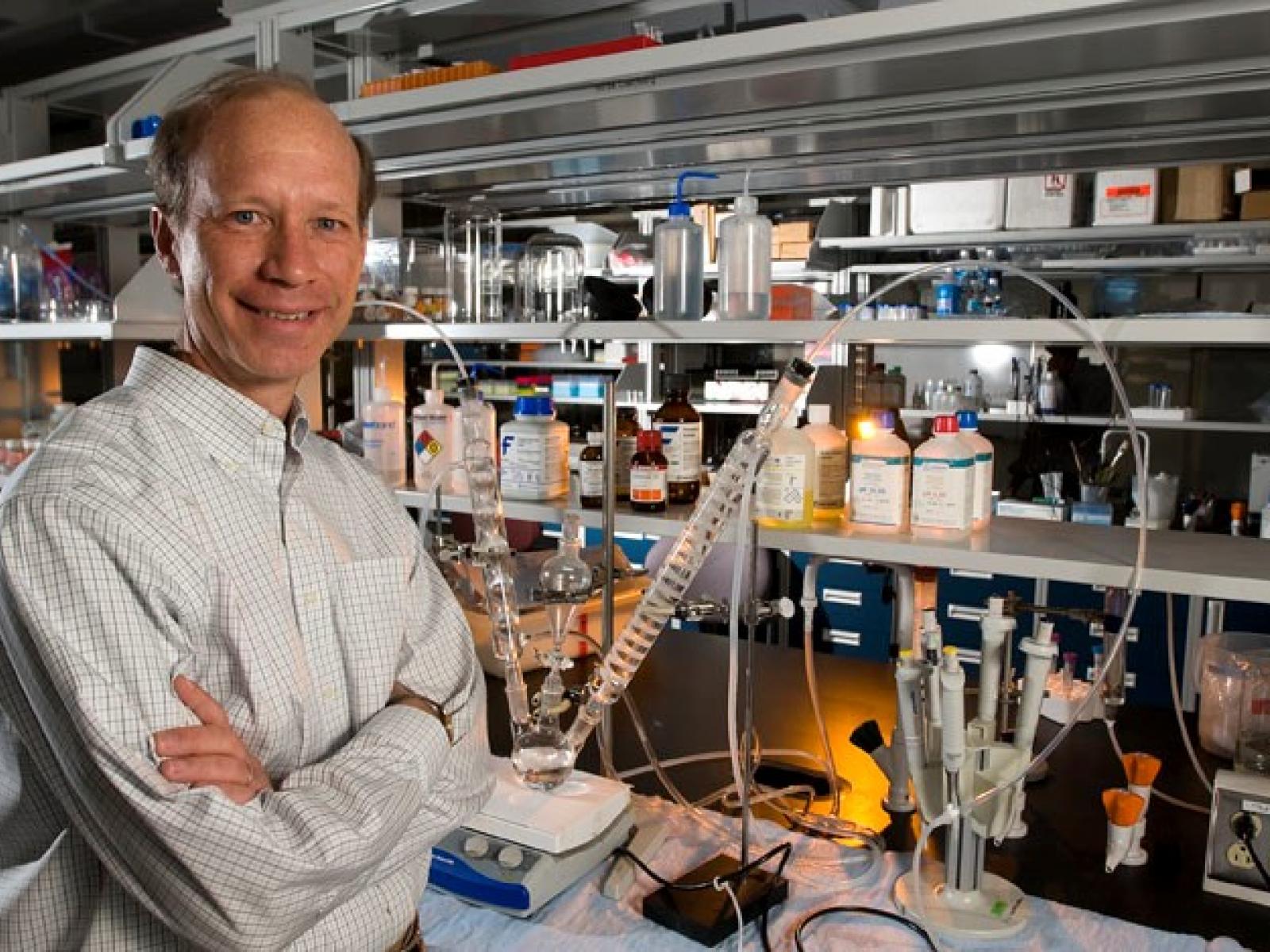 PNNL’s Mike Hochella is a pioneer in bridging disciplines to solve some of the toughest environmental problems.

When burning coal, carbon dioxide gets a lot of attention, but what if it isn’t the only culprit? It turns out it’s not, and there are also tiny, toxic nano-particles released that float through the atmosphere and have worldwide health implications.

“Worldwide, nearly 3 million people die prematurely from lung disease each year. And now we know a lung toxin that we had no idea existed before,” said Michael F. Hochella, Jr., a Pacific Northwest National Laboratory Earth scientist and Laboratory Fellow who has a joint appointment with Virginia Tech.

This discovery is the reason Hochella was recently awarded the highest honor in the field of environmental geochemistry—the C.C. Patterson Award by the Geochemical Society, the most prestigious geochemistry society in the world. In addition, Hochella also is being honored this summer by the American Chemical Society for his lifetime of work in the general field of geochemistry.

The story of an unexpected discovery

“It was all serendipitous, which often happens in science,” said Hochella.

In 2014, he was studying the downstream impacts of an accidental and environmentally devastating coal-ash spill into a North Carolina river. While looking at contaminants, he found something very rarely seen in nature—titanium suboxide.

“It was definitely surprising to find it there, even with the spill. I wanted to know how it formed and most importantly if it was toxic,” said Hochella. “Nobody had ever really looked at this before.”

His research showed that when coal is burned, nano-sized naturally occurring titanium oxide crystals in the coal lose tiny amounts of oxygen, converting instantaneously to titanium sub-oxide, then hitching a ride with carbon dioxide into the atmosphere.

The C.C. Patterson award is presented annually to a researcher who has made an innovative, highly original breakthrough in environmental geochemistry that has a significant contribution to our understanding of the Earth’s environment.

The award’s namesake, Clair Patterson, made some big discoveries. “Clair was a geochemical outlier, and his discoveries were hugely impactful to both the Earth and environmental science fields, certainly of Nobel caliber” said Hochella.

For example, he was the first to accurately determine the age of the Earth. He also made the connection between the worldwide health implications of leaded gasoline and spent twenty years campaigning for its removal from fuels.

As a 17-year-old, Hochella wanted to fly airplanes like his dad, and had goals of being an aeronautical engineer.  He became a licensed pilot at 21, a skill he still exercises to this day, but pivoted from engineering with the sunset of the space race in the late 1960s.

"I love to look at the Earth from the sky—and I’m proud to be an Earth scientist,” he said. At the smallest level, he became fascinated with how atoms come together and are pulled apart in the materials that make up the planet.

From there, Hochella wanted to study the world beyond atoms and learn how they interact and drive the broader world, so he became a geochemist. With his unique background in minerology, geochemistry, and nano-science, Hochella is a pioneer in bridging diverse disciplines. For that reason, along with his vast scientific contributions, he is also being honored by the Geochemistry Division of the American Chemical Society for his outstanding contributions to the field of geochemistry. The ACS Division medal is presented every two years for outstanding accomplishments in the field.

“Mike has attained a level of eminence in the geosciences that is far beyond all but a few of his peers at both the national and international levels,” said Gordon Brown, Professor Emeritus of Geological Sciences, Stanford University. “His pioneering studies of geochemical processes that occur at mineral surfaces, his seminal contributions to the emerging field of nanogeosciences, and his major contributions to understanding environmental processes at the molecular level have catapulted Mike to the very top of his profession and have changed the landscape of these fields.”

Hochella’s research isn’t slowing down, as he continues to work towards a better understanding of nano-materials in the environment, such as the case with titanium sub-oxide.

“Ultimately, the more we know and the better we understand Earth processes, the more we can mitigate long-term impacts to both the environment and human health,” said Hochella.

Hochella was presented with the C.C. Patterson Award virtually in July, where Hochella gave a keynote address at the Goldschmidt Conference, organized by the European Association of Geochemistry and the Geochemical Society.

The ACS Geochemistry Division medal will be presented at this week’s national meeting in Atlanta, Georgia, with another keynote address, a two-day special symposium, and a special issue of the ACS journal Earth and Space Chemistry, all in Hochella’s honor.