Greener Air-Conditioning for a Warmer World 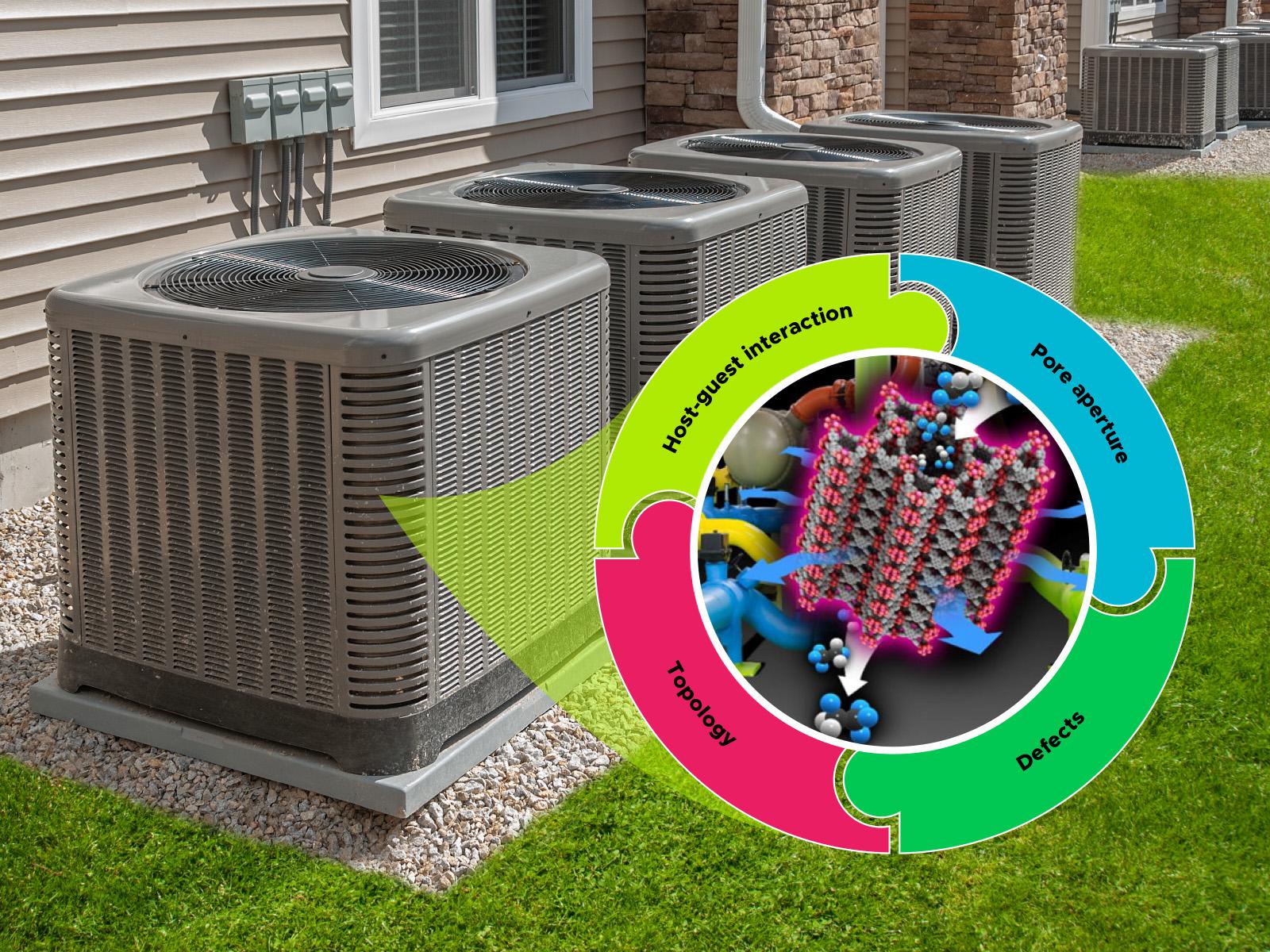 When the heat of summer hits, air conditioners turn on and energy demand skyrockets, straining the grid. In a warmer world, more efficient cooling options will play an important role in curbing the increase of cooling-related energy demands. This will be particularly true for the nearly 80 percent of the global population living in countries surrounding the equator, where even small temperature increases could be life-threatening.

“Right now, this is fundamental science. However, this could be a game changer for industry,” said Radha Motkuri, PNNL chemical engineer and corresponding author.

The chemistry of cool

Motkuri and the research team examined one approach that could offer significant energy savings: adsorption cooling. These systems can run on small amounts of waste heat from a building or industrial plant to power reactions between a vapor refrigerant and a solid material.

This is in direct contrast to conventional cooling systems that use a compressor and require regular inputs of energy.

Tuning an adsorption cooling system to achieve ideal cooling capacity and energy efficiency requires understanding the complex chemistry between the system's vapor refrigerant, called the guest, and solid absorbent material, called the host. Motkuri and his collaborators dug into these details—adjusting the pore geometry of the solid sorbent, the speed of chemical interactions, and even the impact of tiny defects in the solid material—to understand how they affect the entire system. Recently, the team was invited to compile their work into an efficient ensemble that can help developers in the cooling industry trying to meet the demand for more energy efficient options.

With global heatwaves on the rise and cooling-related energy demands expected to triple by 2050, there is a push for cooling systems with smaller environmental footprints. In addition to more energy efficient systems, this includes changing standards for refrigerants.

Aware of this transition, Motkuri and his collaborators conducted their testing using the readily available, inexpensive hydrofluorocarbon refrigerant, R-134a. This hydrofluorocarbon refrigerant has a high global warming potential, but a similar chemical behavior to HFOs, which makes it a suitable alternative for studying the molecular interactions of adsorption cooling systems that will use HFOs in the future. The researchers look forward to integrating HFOs in future adsorption cooling research as the next step in green cooling systems.