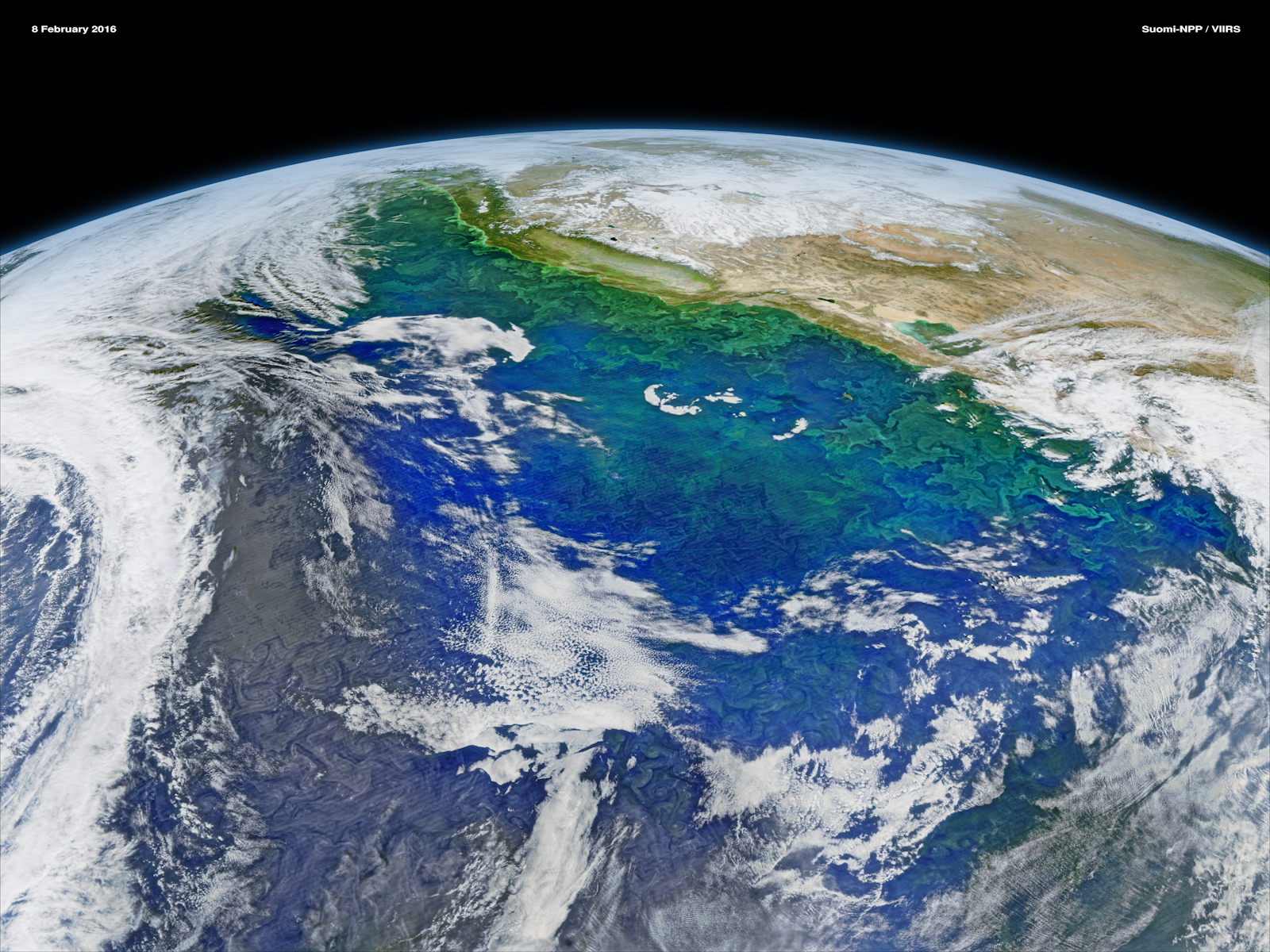 (Image by Sarah Loff | the National Aeronautics and Space Administration)

The subtropical eastern boundary regions of global oceans play a pivotal role in the climate of the Earth system. These regions have shallow marine cloud decks that reflect sunlight and modulate the warming response to greenhouse gases. These regions are some of the most biologically productive marine environments globally. Understanding how models simulate SST in this region, and the causes behind its misrepresentation, is an important issue for increasing model accuracy. This study identifies directions for future model development to reduce SST bias in the SENP. The knowledge gained from studying the SENP may also be applicable to other subtropical regions where models suffer from similar SST biases.

A research team systematically evaluated the warm SST bias in the SENP, a problem plaguing most climate models, using E3SM. At standard model resolution (1o atmosphere, 0.4o ocean), the SST bias of several degrees is mainly concentrated along the coast between 25oN and 40oN. In the high resolution (0.25o atmosphere, 0.1o ocean) version of the model, the nearshore SST bias improves considerably with better representation of the meridional winds along the coast. However, the offshore SST bias, centered at approximately 125oW and 25oN, is relatively stronger in the high-resolution version. To better understand the model’s offshore warm bias, researchers performed a mixed layer heat budget analysis. While errors in the surface radiative fluxes due to cloud misrepresentations occur at both resolutions, positive biases in horizontal heat transport play a role in the SST bias at high-resolution. Analysis of HighResMIP models (an intercomparison of climate models at low and high resolutions) indicates that the shift in the location of the prominent SST bias from nearshore to offshore with an increase in model spatial resolution is not unique to E3SM. A larger inter-model correlation of SST bias with biases in both coastal upwelling and radiation in a suite of models from the Coupled Model Intercomparison Project Phase 6 highlights the important role of large-scale circulation biases in the SENP SST bias in coupled models.

This work was sponsored by the Energy Exascale Earth System Model project, funded by the U.S. Department of Energy, Office of Science, Biological and Environmental Research (BER) program. This work was also supported by BER’s Regional and Global Modeling and Analysis Program.