Zeroing in on Zoonotic Diseases 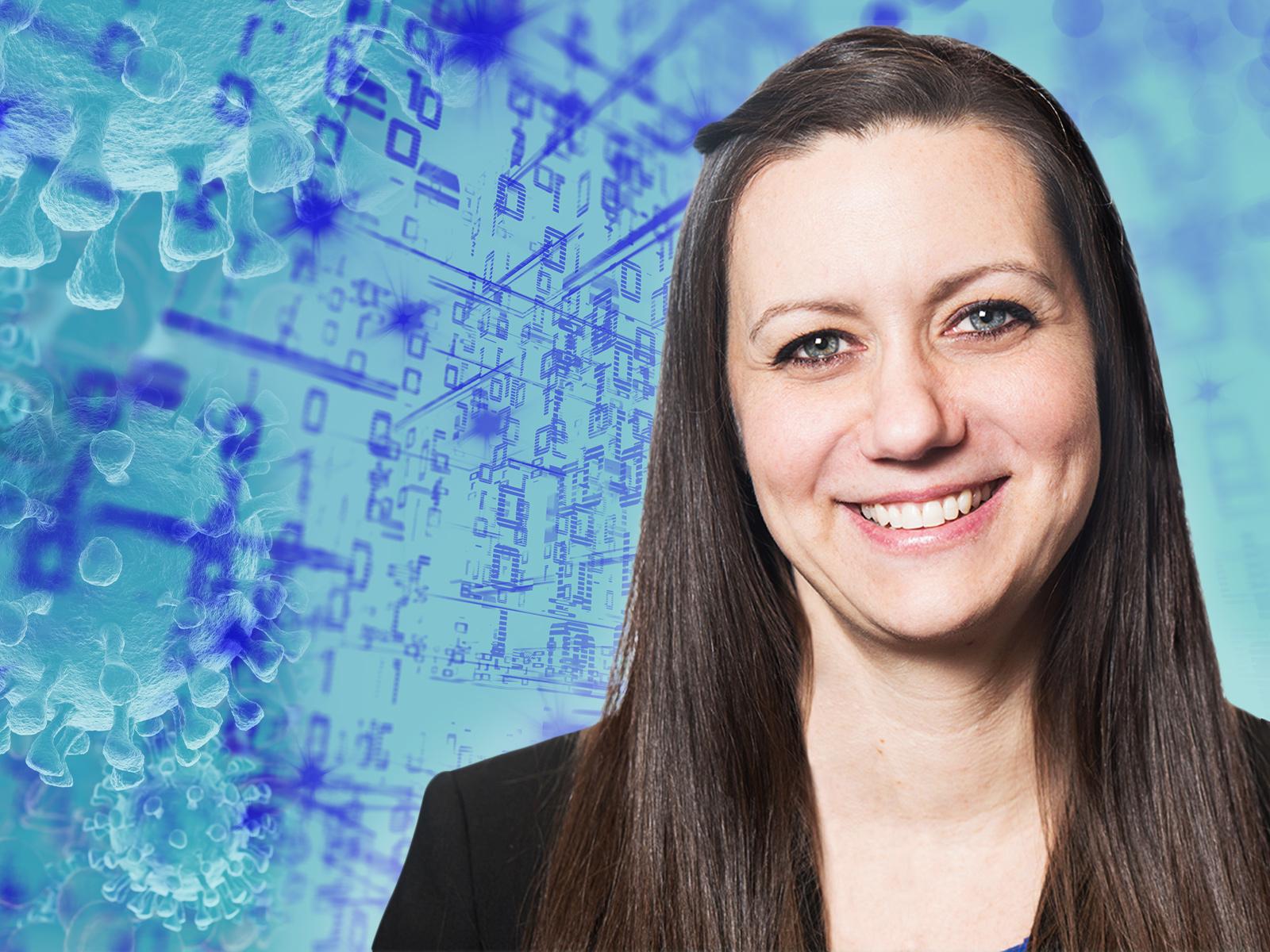 Lauren Charles is a data scientist at Pacific Northwest National Laboratory, a Doctor of Veterinary Medicine, and an assistant professor at Washington State University’s Paul G. Allen School for Global Health. She conducts research in biosurveillance and disease forecasting to develop tools for detecting and mitigating zoonotic diseases and other biothreats.

Experts warn that zoonotic diseases—diseases caused by germs that spread from animals to people—are a growing and increasingly dangerous threat to global public health.

What can be done about this alarming problem? Biosurveillance is a big part of the answer, said Lauren Charles, a researcher at Pacific Northwest National Laboratory (PNNL).

Charles is a data scientist who also happens to be a Doctor of Veterinary Medicine. She holds a joint appointment at Washington State University’s Paul G. Allen School for Global Health, where she conducts research in support of One Health—the idea of improving human health by understanding the connections between human health, animals, and their shared environment.

Here, Charles shares her thoughts on zoonotic diseases and the role of biosurveillance in combating them.

Why should we be concerned about the growing threat of zoonotic diseases?

Charles: Over the past 50 years, emerging infectious diseases have nearly quadrupled, and about 70% of those infect both humans and animals. These types of diseases, called zoonoses, have been the causal agent in all the pandemic outbreaks since the ’70s, including HIV, SARS, influenza H1N1, Ebola, MERS, and now COVID-19. There are many reasons for this—from increased movement of humans, animals, and animal products; to human population growth and expansion into wild areas; to changing climate and weather effects. For example, with the increase in temperature, wildfires, and drought, animals seek refuge in new areas, which means humans have a greater chance of being exposed to wildlife diseases.

What are the key challenges when it comes to mitigating zoonotic threats?

Charles: In the United States, the most important challenge is the lack of disease surveillance for wildlife and domestic animals. There’s also a lack of coordinated response efforts—humans and animals are treated separately without a way to share medical data. There are very limited resources for wildlife, and they are often neglected despite their enormous role in emerging infectious diseases. There are some efforts in zoos for disease surveillance since the discovery of West Nile virus at the Bronx Zoo, as well as systems in place to identify foreign animal diseases in agricultural animals. But, by and large, zoonotic diseases are mainly identified after humans are infected and get sick.

What is biosurveillance? What role does it play in preventing outbreaks of zoonotic diseases?

Charles: Biosurveillance is defined as the process of gathering, integrating, analyzing, interpreting, and communicating essential information that might relate to disease activity and other threats to human, animal, or plant health. It can reveal where a disease is located, who is susceptible, and how it is spreading. When combined with disease forecasting, predictions can be made to determine when and where a disease outbreak may occur and how it will spread in the population. This can quickly provide information on the best way to disrupt the disease cycle and mitigate as well as prevent the disease.

Detecting and monitoring zoonotic diseases are an important piece of the mitigation puzzle. How does your research in biosurveillance and disease forecasting contribute to this?

You led the development of advanced analytic algorithms for a software called BioFeeds—a global digital biosurveillance platform created by PNNL for the National Biosurveillance Integration Center within the U.S. Department of Homeland Security's Countering Weapons of Mass Destruction Office. How can this type of technology be used to help prevent and mitigate zoonotic disease outbreaks?

Charles: Biosurveillance analysts can use BioFeeds to quickly comb through tens of thousands of open-source articles published globally each day to identify disease events. BioFeeds is backed by the Adaptable and Automated Insight Detection text analytic pipeline. This technology uses advanced natural-language processing algorithms, such as machine learning, to analyze and flag articles and events of interest and to extract information, such as disease, location, impacts on humans and animals, and countermeasures. It can also help identify unusual occurrences like unknown diseases, new disease locations, or changes in susceptible species.

BioFeeds played a role in identifying the unknown pneumonia sickening people in China in December 2019, which we now know as COVID-19. It has also been shown to identify top zoonotic diseases of concern in Kenya up to 14 days faster than official reports.

You’re a veterinarian-turned-data scientist who also earned bachelor’s degrees in mathematics and environmental science, a master’s degree in bioinformatics and plant pathology, and a doctorate in fisheries, wildlife, and conservation biology. How does this diverse background uniquely position you to solve problems related to zoonotic threats?

Charles: Zoonotic disease threats are a multidisciplinary challenge. For disease to occur, there needs to be a susceptible host, favorable environment, and virulent pathogen. For zoonotic diseases, this requires expertise in health, animals, humans, pathogens, host–parasite interactions, ecology, and the environment. Through my career, I have gained expertise in these areas and learned to understand, communicate, and identify connections across disciplines. Combined with my fundamental math and data science expertise, this knowledge allows me to work effectively across disciplines to help solve such a complex problem.

What do you think is the key to mitigating the threat of zoonotic diseases?

Charles: In my opinion, the most effective way to prevent a zoonotic disease being passed to humans is to stop the disease in animals before transmission occurs. This requires us to be able to detect, respond to, and mitigate the disease in animals. We know that at least 75 percent of zoonotic diseases originate in wildlife, yet there is no universal, coordinated wildlife biosurveillance in the United States. If we don’t know when and where the disease is present in animals, how are we going to be able to prevent its spread to humans? I am working hard to help influence people on a global scale to understand the importance of disease in animals to human health, and how we can work together through a One Health approach to create a safe and secure world with a focus on innovation, collaboration, education, and sustainment.

Charles is lending her biosurveillance expertise to the U.S. Department of Agriculture and nonprofit Research Corporation for Science Advancement for the new Scialog (science + dialog) on mitigating zoonotic threats. As a fellow for the three-year initiative, Charles joins a select group of scientists from multiple research areas and organizations across the United States and Canada to address zoonotic threats. The group meets for the first time in September to discuss the issue and propose collaborative research projects for potential seed funding. Charles’ participation is through her joint appointment at Washington State University.

Charles is also serving as editor of a special issue of Pathogens, “Advances in Biosurveillance for Human, Animal, and Plant Health," which is expected to publish this fall.