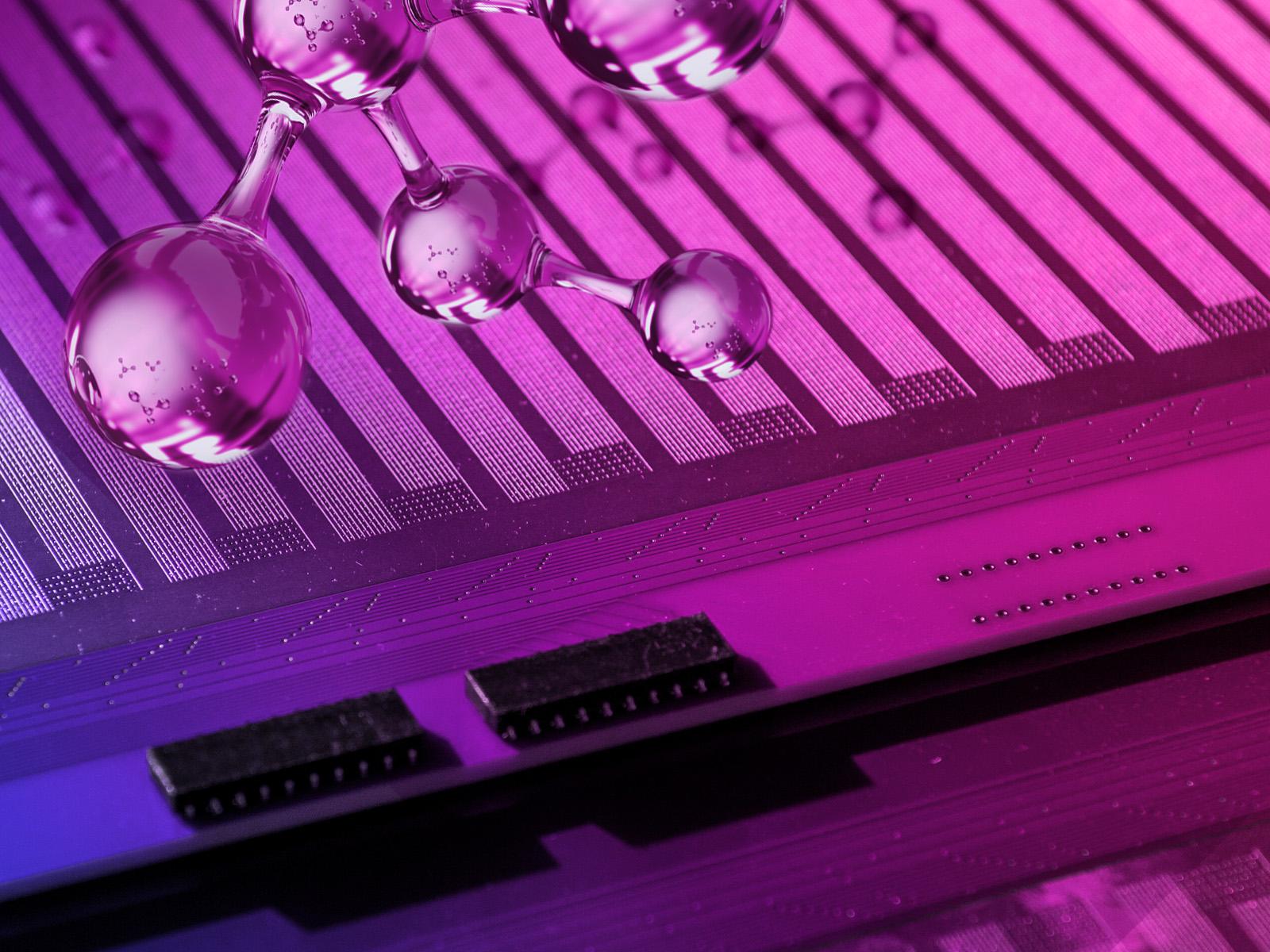 An award-winning ion separation technology developed at Pacific Northwest National Laboratory (PNNL) is on track to reach laboratories around the world.

PNNL licensed the technology, called SLIM, to MOBILion Systems Inc., a startup company aiming to develop instrumentation for pharmaceutical and clinical research applications. The company showcased their first SLIM-containing product with data from early users at the 2020 virtual meeting of the American Society of Mass Spectrometry. The announcement was named one of the top technology news stories from the conference.

SLIM, or Structures for Lossless Ion Manipulation, provides rapid, high-resolution gas-phase ion separation of chemical and biological compounds, and is particularly useful in conjunction with mass spectrometry. While this technology is currently licensed specifically for biomedical applications, SLIM is also ready for licensing and co-development for national security applications.

“SLIM is at a point in its development where it will be broadly available to researchers and be useful in a wide range of applications not possible before,” said PNNL chemist Richard “Dick” Smith.

Together, Smith and his colleague Yehia Ibrahim hold more than 40 patents for ion mobility separations technology. This work has been supported by the U.S. Department of Energy, Office of Science, Biological and Environmental research program; the National Institutes of Health (NIH), National Institute of General Medical Sciences; the NIH National Cancer Institute; and MOBILion Systems.

Ion separations with speed and resolution

Scientists commonly identify and measure biomolecules, such as proteins and metabolites, using a mass spectrometer. Often, they are looking for specific molecules in a mixture. By separating components of the mixture, they can see many more of the unique molecules. And by better separating these components, they can also distinguish and identify many components that may otherwise look the same to a mass spectrometer.

Liquid chromatography, the most common method for molecular separations in the laboratory, is time-consuming and has limited resolution. Separations based on drifting ionized molecules and propelled by traveling electrical waves through a long track filled with gas molecules—as SLIM does—offer a much greater ability to separate and distinguish nearly identical compounds.

SLIM is the latest commercial-ready offering in over a decade of ion mobility separation technology development at PNNL. These devices can separate biomolecules with an increased resolution that is one thousand times faster than current methods, attributes recognized by an R&D 100 award in 2017. A team of SLIM researchers at PNNL also won an award for excellence in technology transfer from the Federal Laboratory Consortium in 2018.

SLIM guides ionized molecules along a compact serpentine path using electric fields. The trick to SLIM, Ibrahim said, was figuring out how to turn ions around corners.

Once the researchers had accomplished that, they could fit long drift pathways in a very small space. Currently, SLIM provides more than 42 feet of pathway defined by electric fields between two thin printed circuit boards only about a foot long and a foot wide.

While MOBILion is working to make SLIM devices commercially available, Ibrahim and coworkers are continuing to advance the technology at PNNL.

They recently published the first report of a multilevel SLIM module in the journal, Analytical Chemistry. The researchers fabricated a stack of four SLIM modules to create a multilevel track; they lift ions between the levels using an “ion escalator” powered by traveling electrical waves. With four SLIM levels, the researchers separated a mixture of protein fragments that differed only in the location of a molecular phosphate group.

The individual components of this mixture would have been unresolved using only one SLIM level. Multilevel SLIM can enable higher resolving power versions of the technology, as well as more compact designs.

Ibrahim and colleagues are already working on SLIM separation devices that could be paired with analytical sensors in the field to detect toxins in the environment, for example. Compact SLIM separation devices could also be used for applications that do not involve mass spectrometry, such screening for explosives with increased accuracy at airports.