Shoe Scanner Technology on the Horizon

New technologies licensed to scan people, with their shoes on, at security checkpoints 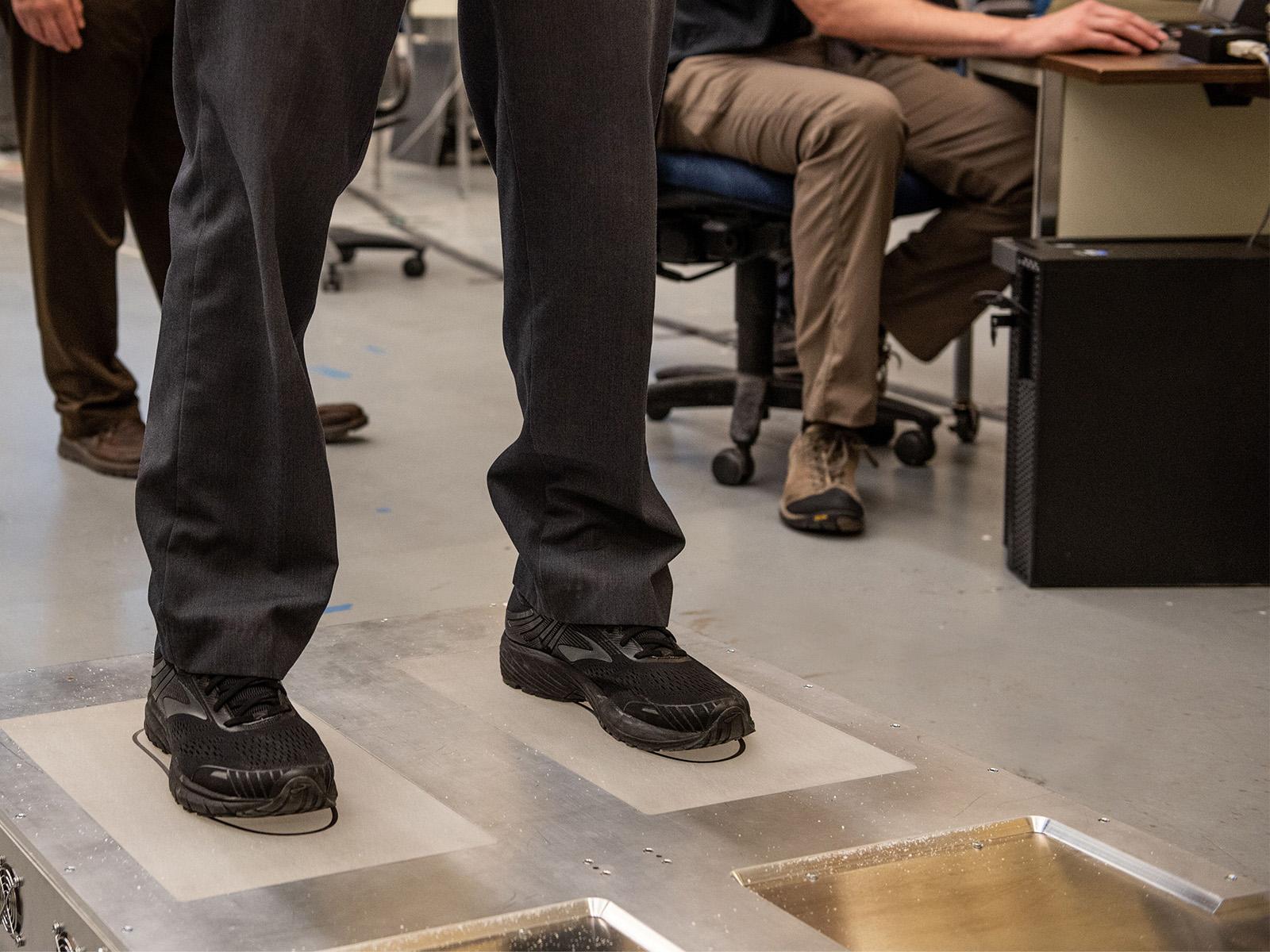 Richland, Wash.—Take your shoes off and place them in the bin! That’s been part of the flying experience since 2006. It’s the outcome of a number of threats to the aviation sector that emerged after the fateful events of September 11, 2001, including a failed attempt by an air-borne terrorist to light a fuse hidden in his shoe.

It’s one of the most inconvenient parts of flying and one that can slow the security screening process. But one day soon, even those without a “pre-check” status may be able to keep their shoes on, step on shoe scanner, walk through a next-generation body scanner and speed safely on to their boarding gates.

Working with the U.S. Department of Homeland Security Science and Technology Directorate, researchers at PNNL have expanded and advanced the capabilities of the original scanners, with an eye to improving the passenger experience. The result is a next-generation, high-definition scanner that can identify even smaller threats with fewer false positives. In the process, they designed a similar technology that can screen a passenger’s footwear while on their feet.

PNNL recently licensed the two technologies to Liberty Defense Holdings, Ltd., a concealed weapons detection company. Licensing government-developed technologies to the private sector is one of the missions of national laboratories like PNNL.

“Liberty Defense is committed to protecting the public through its next-generation body and shoe scanning solutions,” said Kannan Krishnaswami, a commercialization manager at PNNL. “With their leadership and experience, they are well positioned to bring PNNL-developed scanners to market, along with threat detection algorithms to enhance security for travelers and people attending events at large venues.”

A shoe scan involves the traveler pausing on a low-profile imaging platform for about two seconds. Electromagnetic waves are used to generate an image of the shoe, which is evaluated to determine if an object may constitute a threat.

“Adding the shoe scanner in an airport setting could replace the inconvenient pre-boarding ritual of removing shoes at the checkpoint and potentially speed up the screening process by 15-20 percent,” said Liberty CEO Bill Frain. “Streamlining security processes, while still detecting threats and keeping people safe, is a win-win proposition.”

Keeping safe with your shoes and jackets on

Based on the national need researchers saw for a shoe scanner, PNNL began development using internal R&D funds. DHS funded additional development of the technology through the Science and Technology Directorate's Screening at Speed program, while also supporting development of a new generation of millimeter wave body scanners that can provide higher resolution images at much lower cost. The original scanner design, previously developed by PNNL, has been widely used for about 15 years as a valuable screening tool at Transportation Security Agency airport checkpoints in the U.S. and abroad.

The new system design includes improved antennas and significantly reduces imaging irregularities. With this advancement, airline passengers or people attending large public events may be scanned while wearing light sweaters or jackets, instead of having to take them off before walking through the scanner portal.

“Liberty Defense envisions building upon and enhancing the capabilities already achieved on the HD-AIT, with the intent to commercialize and manufacture the platform," said Frain. "The goal is to seamlessly upgrade current systems at airports while preserving the existing footprint." Frain added that the shoe scanner may be integrated into the base of the next generation HD-AIT. “We see options in various venues for separate scanners or a combined version," he said.

Dave Atkinson, who manages PNNL’s research on aviation and explosives for DHS, sums up the teamwork that led to the licensing of the new shoe scanner technology and the next-generation HD scanner. “This is a prime example of how federal funding, combined with scientific and technical expertise at a national laboratory, and private industry investment can mature technical inventions and make them available to solve national challenges, create new jobs and increase U.S. competitiveness.”