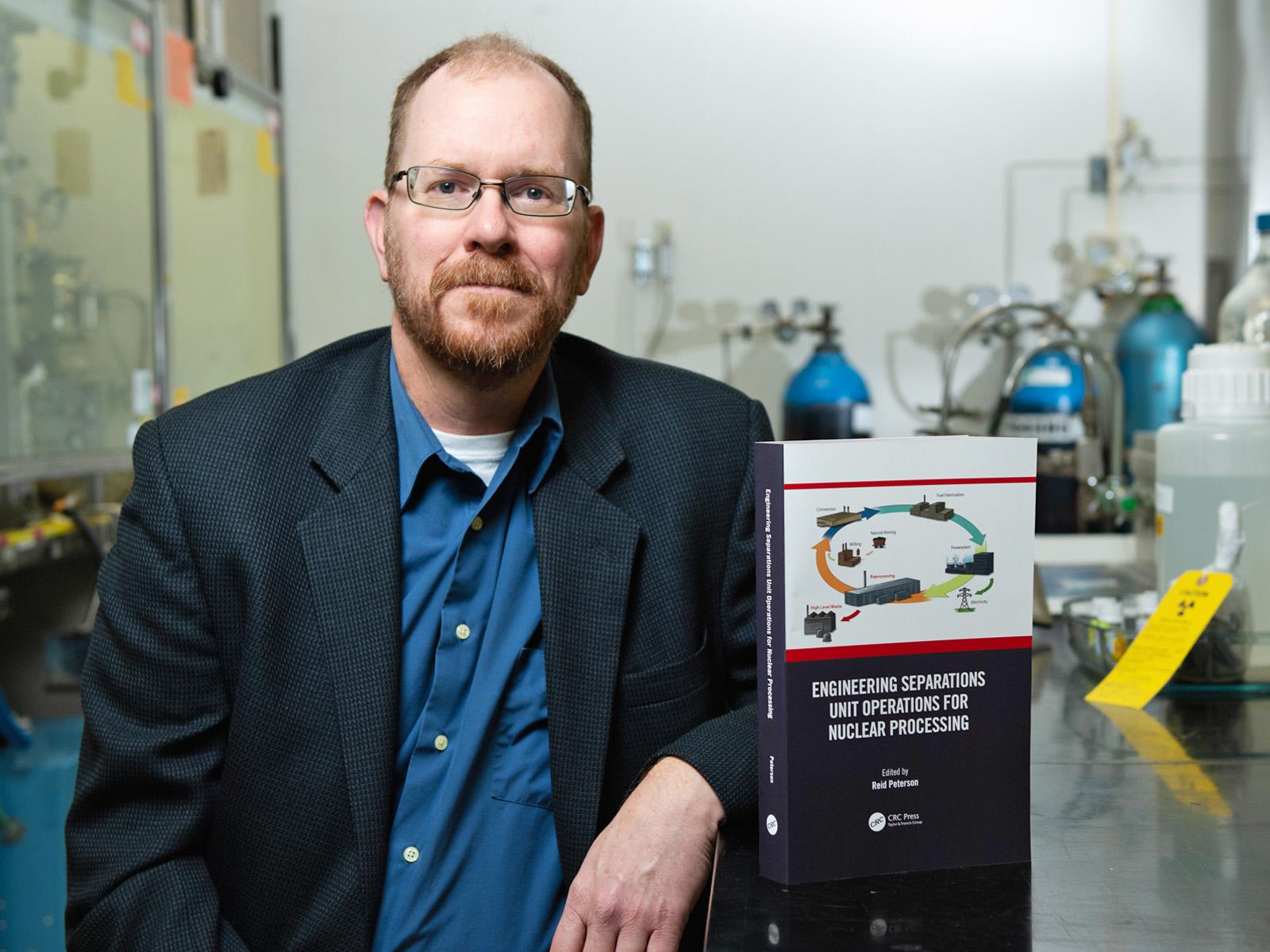 The book, “Engineering Separations Unit Operations for Nuclear Processing,” expected to be of interest to academia, focuses on the processes used to separate nuclear materials and seeks to improve understanding of a field sometimes overlooked by related engineering disciplines.

“Processes that separate materials from nuclear reactor products or waste streams are key to the nuclear fuel cycle and have produced critical advances in both chemical and nuclear engineering, but neither discipline really recognizes the processes involved,” says Reid Peterson, a PNNL chemical engineer.

A Gap and a Solution

In the book’s preface, Peterson notes that nuclear engineering curricula often focus on the nuclear reactor itself. He adds that while chemical engineering curricula come closer to addressing separations processing, the content typically does not address the complexities that arise when dealing with highly radioactive materials. These factors, along with several others, point to a separations processing knowledge gap that resides between chemical and nuclear engineering. “This book aims to fill that gap,” Peterson writes.

The more than 300 pages of content primarily examines the development and performance of historical separation methods, some of which have largely influenced current nuclear materials processing. The book’s seven chapters address topics such as process flowsheets, uranium fuel dissolution, and non-aqueous processing.

Peterson acknowledges the book likely won’t be selected reading for a night of relaxation on the couch. “The target audiences include academia, where it would be used as a text book, and perhaps researchers who work in the nuclear field,” he says. A bestseller would be nice, but Peterson is realistic in believing the tome will probably appeal to a niche audience.

How It All Began

The launch of the book traces to an American Institute of Chemical Engineers conference in 2017 when Peterson was approached by CRC Press to fill a gap in their publication portfolio. “It happened that the topical areas desired by the publisher aligned with work we’re doing in NPSI,” Peterson explains.

Peterson subsequently enlisted 10 authors. An intensive effort of writing, reviews, and editing followed, involving numerous staff at PNNL. Barbara Beller, NPSI’s project coordinator, played a key role in keeping authors and editors on track, and bringing all the pieces together.

For some who were involved, the book development process was a new adventure. Susan Asmussen, a chemist at PNNL, describes her efforts on the book as “a great learning experience.” She adds, “It was a challenge to write about separations from an engineering perspective. I’m proud of the outcome, and I hope the book serves as a good resource to those exploring the engineering side of separations.”

The document represents one of the few times that a PNNL Laboratory-Directed Research and Development-funded initiative has not only contributed a range of research findings and capabilities, but also produced a book. “As the initiative concludes in spring 2020, this document will stand as a key part of NPSI’s record of achievement,” Peterson says.