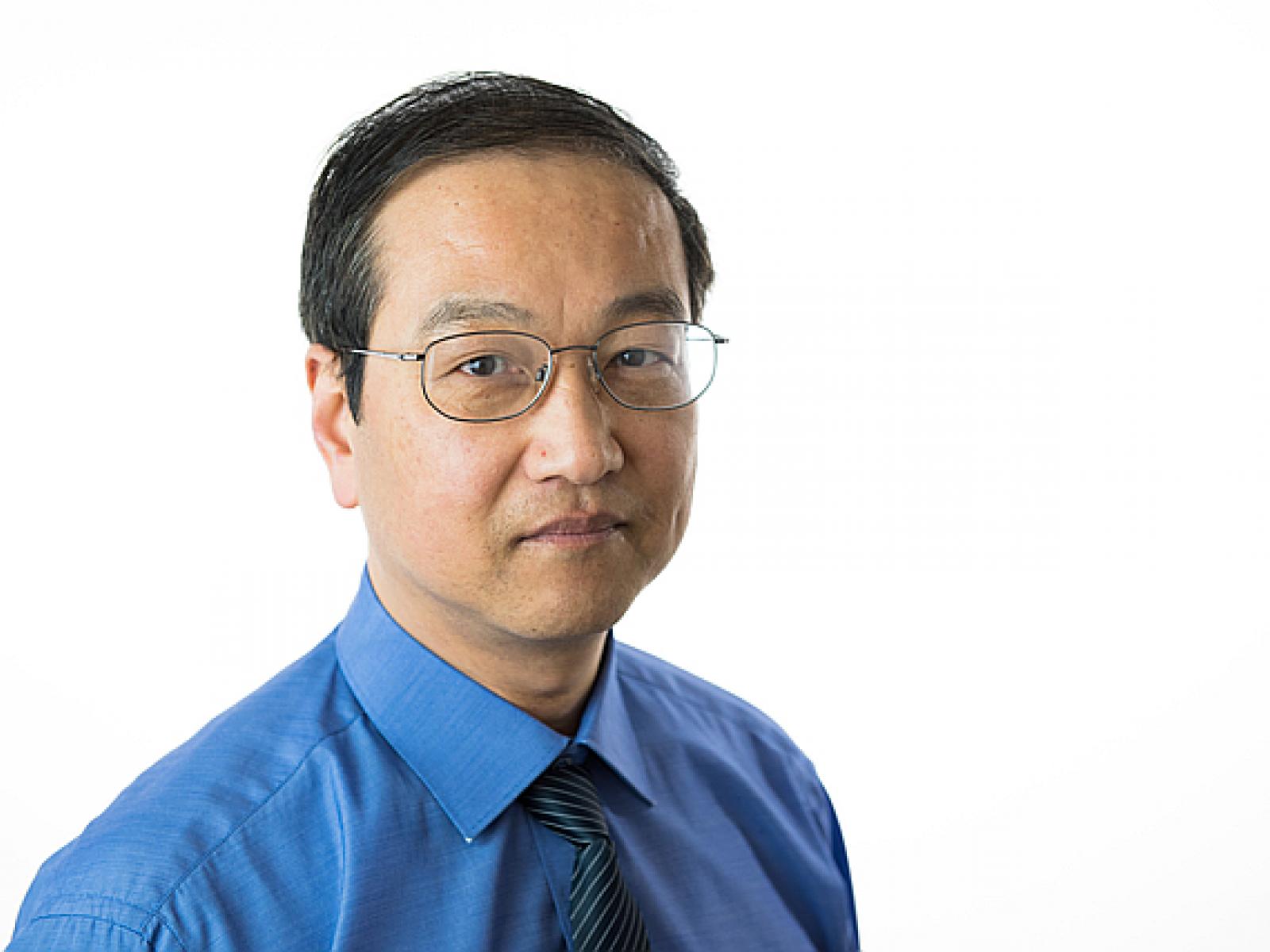 There’s much to learn about what happens when fission is occurring inside nuclear fuel. Researchers at PNNL are providing some new insights into that process—without exposing themselves to the challenge or dangers of working with radioactive materials.

Through PNNL’s Nuclear Process Science Initiative (NPSI), the researchers used a non-radioactive surrogate material, cerium oxide, that’s very similar to the uranium oxide fuel used in nuclear reactors. The objective was to understand and predict the formation and growth of metallic particles in irradiated nuclear fuel using the surrogate doped with five metals. The team used advanced microscopes to characterize particle precipitation in situ during thermal treatment and ion irradiation.

“Similar studies have not been done before,” says materials scientist Weilin Jiang. The experimentation and results were chronicled in the paper, “In Situ Study of Particle Precipitation in Metal-Doped CeO2 during Thermal Treatment and Ion Irradiation for Emulation of Irradiating Fuels,” published in the January 8, 2019, edition of The Journal of Physical Chemistry C.

In describing the heating progression of the cerium oxide, Jiang notes that in the range from 800 to 1,000 degrees Celsius (C)—or 1,472 to 1,832 degrees Fahrenheit (F)—researchers observed tiny metal particles precipitating, or forming. As the temperature increased, larger numbers of similarly sized particles appeared. “Then, at 1,100 degrees C (2,012 degrees F), the size of the particles dramatically increased, from a few nanometers to about 75 nanometers—and large particles had visible facets,” Jiang explains.

The experimental results relate to a temperature gradient within a fuel pellet—that is, the high-temperature zone at the center creates larger particles than relatively cooler regions in the outer areas. Researchers found that particles in the cerium oxide were molybdenum-dominated, which could be related to the mobilities and concentrations of the individual metallic species.

When Jiang and his colleagues looked at the heat-treated cerium oxide sample after it had been stored at ambient conditions, they further observed that an oxide layer had formed on particles connected to oxide nanorods. He says the team wasn’t able to make any conclusions about the observation, but hope to explore the phenomenon in the future.

Jiang says these results and other findings supply new knowledge that can be applied to the assessment of nuclear fuel structure change and performance. He adds that while reactors have operated for decades, much is not known about exactly how metal particles form in the fuel during fission—though it is known that precipitates and defects can adversely impact fuel performance. New knowledge about particle formation may make it possible to create more efficient fuel designs and perhaps develop new materials for related applications.

The research included collaboration with a team at Sandia National Laboratories (SNL) and use of SNL’s in situ ion irradiation transmission electron microscopy capability. At PNNL, researchers accessed a unique microscope in the Materials Science and Technology Laboratory that enabled scanning transmission electron microscopy and elemental mapping based on high-sensitivity energy dispersive spectroscopy (EDS). More specifically, the EDS made it possible to identify chemical elements and pinpoint their locations in the cerium oxide.

When the completed research paper was accepted for publication in The Journal of Physical Chemistry C, Jiang and his colleagues were invited to submit cover art representing the work, which was created by PNNL graphic designer Nathan Johnson.

The research was one component of a three-year, NPSI-funded project, “Ion Implantation and Characterization of Epsilon Metal Phase Formation in Ceria.” The project focused on novel approaches to understand radiation effects in irradiated fuel, while reducing risks due to high cost, long experiment time, and radiological issues.