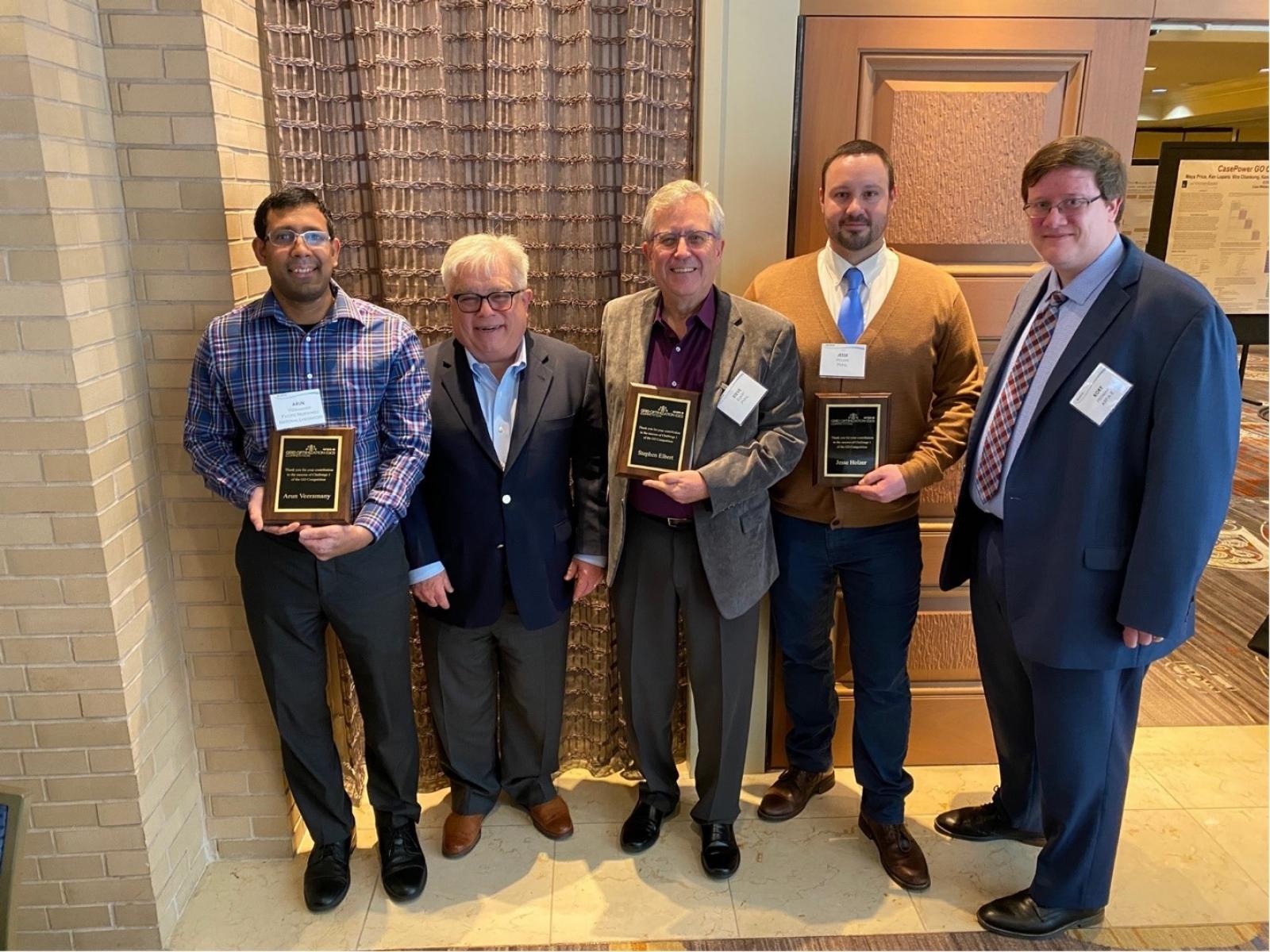 A systems optimization advisor, a data scientist, and a mathematician walk into the role of developing and administering the Grid Optimization (GO) Competition for DOE’s Advanced Research Projects Agency-Energy—or ARPA-E.

The “punchline:” The trio—three researchers from PNNL—were recognized for their efforts by the ARPA-E sponsor in February at a meeting in New Orleans, where the winners of the first challenge of the GO Competition presented their results.

They received plaques from ARPA-E Director Lane Genatowski and Competition Director Kory Hedman that read “Thank you for your contribution to the success of Challenge 1 of the GO Competition.”

An effort five years in the making

This is no joke, though, and the “punchline” was five years in the making. ARPA-E tapped PNNL in 2015 to lead development of the GO Competition. The competition involves a series of challenges for teams to develop software management solutions that address complex power grid problems.

Three researchers—Stephen Elbert, Arun Veeramany, and Jesse Holzer—helped lead the effort to develop a competition platform and website as well as review and score the submissions.

“During this time, we built and hosted the GO Competition website, wrote the problem to be addressed for the first challenge, developed and validated datasets with our partners in the effort, co-developed the scoring algorithms, and performed the evaluation of the final solutions submitted by 26 teams,” said Elbert, an advisor in PNNL’s Systems Optimization group.

The solution from this challenge would spur improvements in cost efficiency and reliability in grid operations, potentially lowering the cost of operations by more than $10 billion.

The competition attracted 26 competing teams from across the nation and internationally, including from Russia, China, India, Spain, Germany, Australia, and Columbia.

Three trial events were held, with each of the teams running at least two versions of the problem with different time limits to determine the winners of the challenge’s final event.

“At PNNL, we used 16 million CPU-hours during this first challenge to evaluate 70,000 scenario cases provided by the competitors while generating more than 200 terabytes of data,” said Elbert. “It was not a small effort.”

The teams will split $3.4 million to further develop their approaches and pursue industry adoption of their technologies.

PNNL collaborated with organizations such as University of Wisconsin, Texas A&M, National Renewable Energy Laboratory, Los Alamos National Laboratory, Arizona State University, and industry on the competition. PNNL is now starting work on the second and third challenge to continually push the state of the art and bring technology to industry.

Improving Grid Reliability in the Face of Extreme Events

Hydropower in an Evolving Era