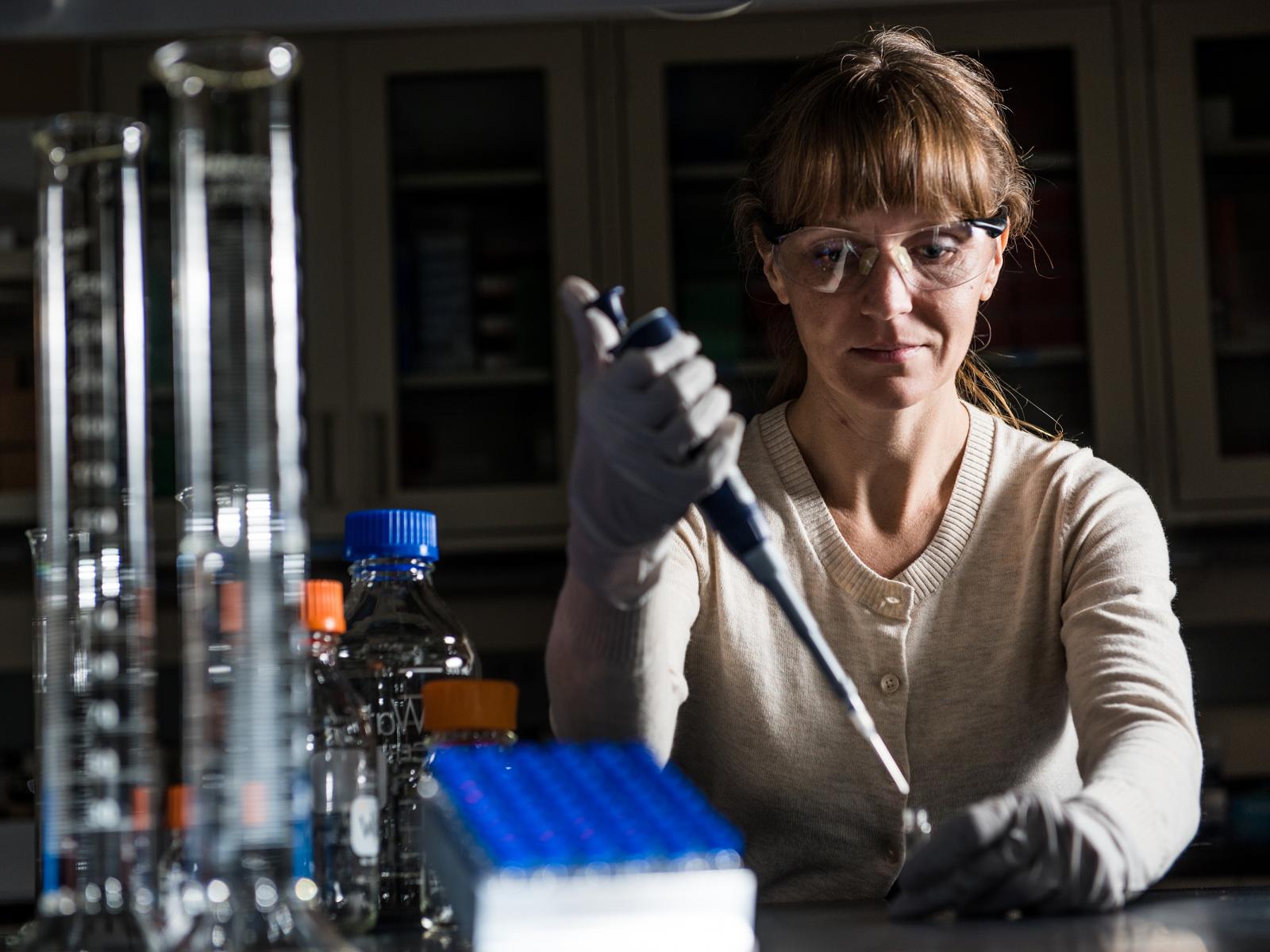 PNNL researcher Jennifer Kyle and her colleagues studied the composition of lipids, or fats, in blood samples from Ebola patients who died from the disease and compared them with patients who survived and those who were never infected, which may shed light on approaches for treatment.

Combining its strength in biological sciences and data analytics, researchers at the Department of Energy's Pacific Northwest National Laboratory are working to enable a quick response to a biological incident — whether intentional, accidental or natural.

This research is critical given that new threats, such as the coronavirus, can emerge at any time. PNNL scientists are developing methods that could make it easier to prepare for and respond to such infectious diseases.

Our experts also are helping lead the dialogue on this topic. Just last month, PNNL researchers organized a symposium on the public policy and scientific research needed to avert catastrophic biological incidents that was part of the annual meeting of the American Association for the Advancement of Science, known as AAAS. Held in Seattle, this meeting of the world's largest multidisciplinary scientific society featured sessions on the future of biomedicine, climate and Earth systems.

Along with colleagues from Princeton University, the U.S. Department of Health and Human Services, and the Engineering Biology Research Consortium, PNNL scientists explored how research may one day enable diagnostics and mitigation measures based on the disease-causing mechanisms of a pathogen without having to first identify it — even when the pathogen is previously unknown.

PNNL researchers have spent decades advancing capabilities to detect traces of chemical or biological agents in complex samples such as the air, water or food. Building on that legacy, researchers are now shifting their focus to develop methods that detect proteins, lipids and other small molecules that serve as markers of disease or response to infection.

With the help of computational tools and data analytics, PNNL scientists are advancing predictive modeling capabilities and building an understanding of how people are affected by biological agents, who gets infected and what leads to mortality. They are using new approaches to comb through data about the interactions between hosts and pathogens to quickly determine whether a patient can be expected to recover from a disease.

Researchers are also learning about the pathways used by viruses to circumvent human immune responses and identifying common pathways used by groups of viruses. By shedding light on the switches that impede the immune system, they could help develop strategies for treatment and prevention.

They also seek to identify what distinguishes those who survive a deadly virus from those who do not. Expanding on previous research that identified biomarkers in Ebola patients that could determine who needed the most urgent care, PNNL researchers revealed major differences in the collection of lipids — or fats — in blood samples from Ebola patients who died, those who survived and individuals who were never infected. These differences could lead to new approaches to treatment.

For instance, their research suggests the potential for boosting liver function in infected patients with supplements of a common nutrient found in the lipids more prevalent among survivors. Another possible treatment involves filtering patients' blood to remove specific cellular structures present in the lipids that appeared in higher numbers among patients who died.

Beyond Ebola, PNNL researchers are studying other lethal viruses such as influenza, SARS and West Nile. As they understand more about how these viruses infect humans, they are identifying the molecular-level indicators — or signatures — that can be used to predict severity and develop treatment.

I am proud that our researchers shared their thought leadership and scientific insights at the AAAS meeting. The mission of AAAS is to "advance science, engineering and innovation throughout the world for the benefit of all people." This statement not only aligns well with PNNL's aspirations, it captures the spirit of our researchers as we continue to address this vexing challenge.