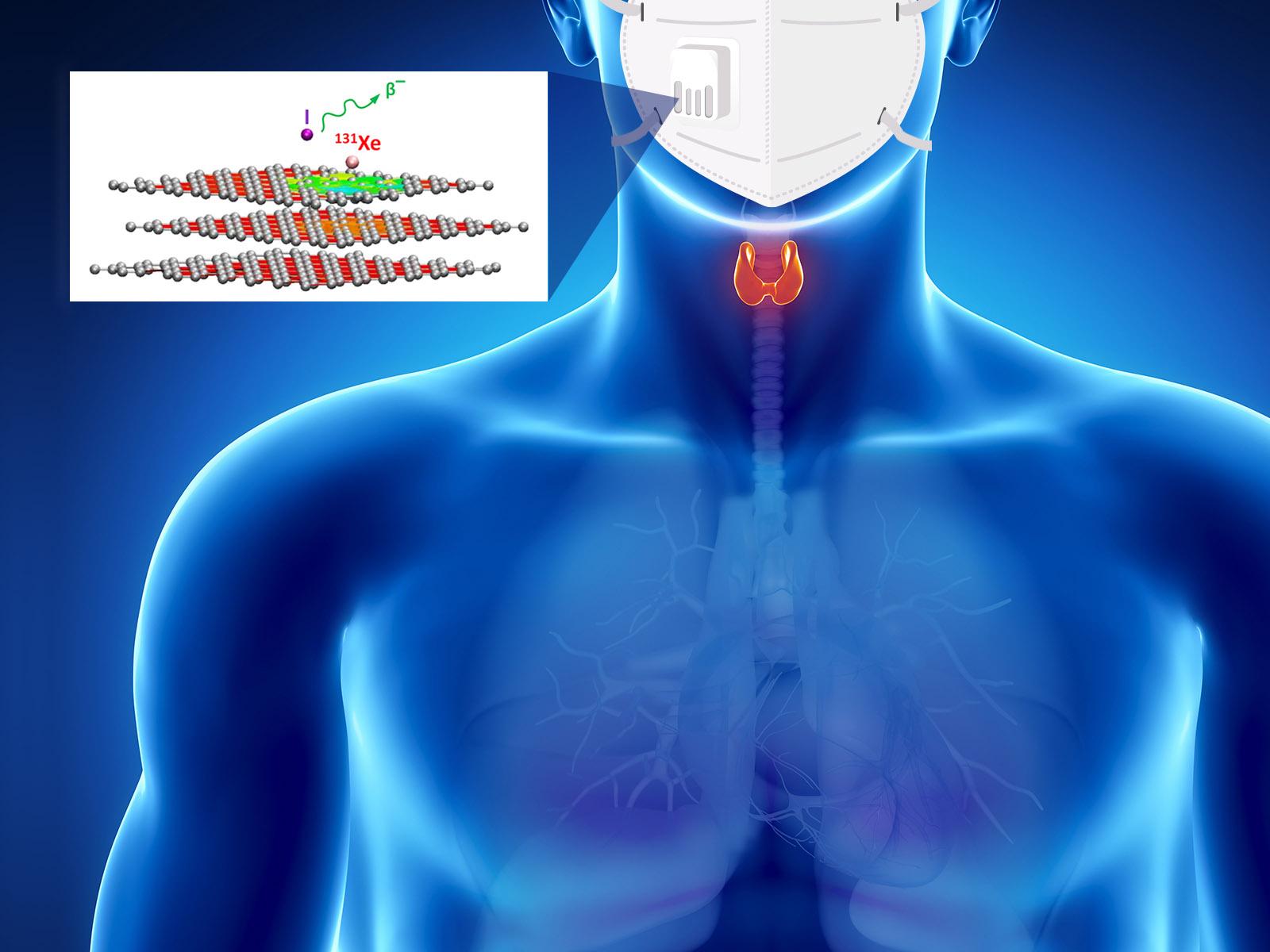 PNNL researchers examined the effects of radioiodine’s chemical transformation in the gas phase and when captured on carbon material commonly found in household water and air filters.

Transmutation means change. In science, it refers to changes from one state to another.

In biology, chemistry, and especially physics, transmutation mostly refers to a change of one chemical element to another. Radioisotopes, either natural or man-made, will decay after a certain amount of time. During this process, the radioactive chemical element will transmute to a different species.

At Pacific Northwest National Laboratory (PNNL), researchers are examining the volatile radioisotope iodine as it evolves in the atmosphere and as it lands on a filtering surface.

A more detailed understanding of the interactions and chemical evolution of radioiodine could help first responders’ decision-making after the release of volatile iodine into the environment, which happened following nuclear power plant accidents in 1986 at Chernobyl and in 2011 at Fukushima.

“Radioactive decay and chemical changes are unavoidable processes that radioisotopes naturally follow,” said Michel Sassi, a PNNL materials scientist. “But what is the fate of molecules bound to radioisotopes? How does the molecular structure withstand radioactive decay? And how does this natural process affect their behavior in various environments over time?”

After a nuclear reactor incident, airborne radioactive iodine can lodge in thyroid glands. Over time, decaying radiation can potentially damage the glands or increase the risk of thyroid cancer.

Motivated by iodine’s effect on public health, the researchers’ exploration was twofold: They examined the effects of radioiodine’s chemical transformation in the gas phase and when captured on carbon material commonly found in household water and air filters.

“By using graphite as a surrogate material for activated carbon,” said Sassi, “we were able to further investigate the consequences of radioactive decay on both the adsorbed molecule and the capture material. Understanding their interplay is especially important since once captured, the radioisotope will decay at the vicinity of the capture material which can alter its properties.”

“The study addressed some important questions about radioiodine’s behavior,” said Sassi, “including, how does radioactive decay and chemical transmutation affect the activated carbon’s sorption capacity? What role does the capture material surface play on decaying molecules?”

Ultimately, the modeling of radioactive decay in gaseous molecules hosting radioiodine and those that are captured in carbon could help design first-response planning. The modeling could also help establish a database useful for the trapping of radioisotopes and retaining their decay products.

Sassi, who joined PNNL in 2014, undertook this research with skills that distinguished him in the world of chemistry, said Henson, a senior scientist in PNNL’s Disruptive Technology Group.

“Michel has a very well-developed technique that he uses to simulate the local physical and chemical processes occurring during the transmutation of radioiodine-bound molecules,” said Henson. “It’s a remarkable capability, actually, of using computational methods to figure out what happens if you capture something and then it transforms into another element. Michel has been one of the pioneers in this field.”

Sassi developed his expertise in modeling transmutation events while at the Nanochemistry Research Institute at Curtin University in Perth, Australia. His research there focused on developing a fundamental understanding of the effects of radioactive decay in nuclear-related materials and small biomolecules. This led him to develop a different way of using first principles simulations to understand and predict the physical, chemical, and structural consequences of radionuclide transmutation following radioactive decay.

Since arriving at PNNL, Sassi has tapped into his computational expertise to build a reputation for solving interdisciplinary problems in chemistry, physics, geochemistry, environmental, nuclear, and materials science.

His radioiodine transmutation research published recently in Journal of Physical Chemistry shows the computational predictions of how molecular fragments are likely to emerge from radioiodine decay in a gaseous state and when it is adsorbed onto a carbon capture surface.

“An important aspect to consider in radioactive decay is that transmutation processes occur simultaneously with a mechanical recoil of the radioisotope. The kinetic energy of the decaying atom can break molecular bonds, leading to the creation of fragments,” Sassi said.

“By looking at these kinds of well-defined molecular systems,” Henson said, “we can make conclusions and predictions about how various molecular species might interact with the environment. Using that information, you can design mitigation strategies, emergency response strategies – where to place a no-go zone? Or where to place a cordon around the reactor?”

“The kinds of work Michel’s done -- and the rest of the folks in this part of PNNL’s Chemical Dynamics Initiative,” said Henson, “produces information that could potentially answer those questions.”

This research was supported by the Laboratory Directed Research and Development and the Chemical Dynamics Initiative at PNNL. The computational resources were provided by PNNL Research Computing.