Three PNNL technologies among the 100 most innovative worldwide 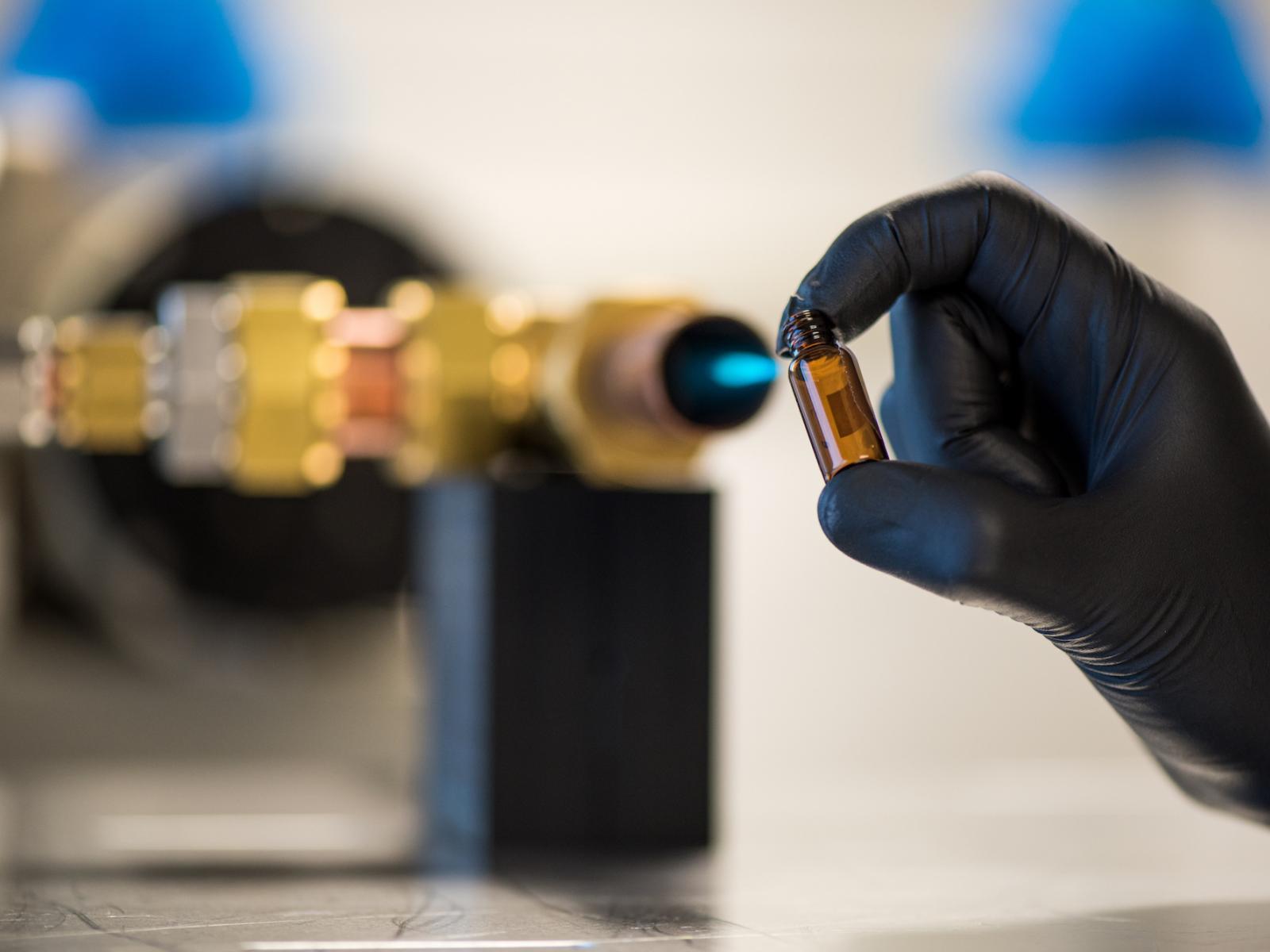 While a commercial-off-the-shelf mass spectrometer is used, the truly unique capability analysis lies in PNNL's ionization chemistry approach developed on the front end of the system.

Award winners and finalists will be recognized at a black-tie awards presentation on Dec. 5 at the San Mateo Marriott in San Francisco, California.

The R&D 100 Awards have served as the most prestigious innovations awards program in research and development for the past 56 years, honoring pioneers in science and technology from industry, the federal government, and academia.

This year's awards bring PNNL's total to 111 since the awards' inception.  This is the first year that medalists have been included in the cohort of winners. Medalists are those technologies that demonstrated exceptional impact in one of four special recognition categories: Corporate Social Responsibility; Green Tech; Market Disruptor—Services; and Market Disruptor—Products.

The ability to accurately detect nuclear explosions is a key component of national security and international treaty monitoring. Xenon International, a fully-automated radioxenon monitoring system developed by PNNL and Teledyne Brown Engineering, drastically improves existing national and international radioxenon monitoring capabilities by doubling the sensitivity of today’s systems. Xenon International works by collecting, separating, purifying, and quantifying radioxenon isotopes to continuously monitor for radioxenon evidence from underground nuclear explosions. The system’s technology—a pairing of national laboratory expertise in nuclear detection science and technology with commercial engineering and manufacturing capabilities —could revolutionize the collection and detection of radioxenon in the field.

Malware is an increasingly prevalent cyberthreat for consumers, business, and government agencies. In response to these threats, PNNL developed MLSTONES, which stands for Machine Learning String Tools for Operational and Network Security. This one-of-a-kind malware detection tool identifies never-before-seen malware—something other detection tools can’t do. Like the evolution of DNA passed down through generations, software is frequently built from reused pieces of code. Adversaries create zero-day attacks by modifying existing malware to bypass traditional detection tools. Borrowing from biology, MLSTONES converts software code into DNA-like structures and identifies code that contains similarities with known malware. This building-block approach makes it difficult for attackers to evolve malware that evades detection and gives cyber analysts a head start in understanding the intent of the malware. MLSTONES offers a new level of protection for critical infrastructures and defense against large-scale, debilitating cyberattacks.

Dangerous chemical compounds that are transported to the United States threaten our health, safety, and security. VaporID, a vapor-sampling device developed by PNNL, is a disruptive technology that enables the detection of narcotics and explosives down to the parts-per-quadrillion level in ambient air. It works in seconds, and unlike canine teams, it never tires or gets distracted. The technology detects explosives and narcotics simultaneously and can be integrated with existing visual scanning systems. Unlike current, less-accurate, more labor-intensive, and lower-throughput technologies, VaporID can also be deployed in dirty environments. The technology is noninvasive and needs no expensive materials or radioactive sources to function. VaporID’s low operating costs, automatic configuration, and quantified results increase confidence in screening decisions for passengers, mail, or cargo.

Coupled with a mass spectrometer, VaporID provides real-time collection and identification of airborne molecules of narcotics and explosives at concentrations of less than 10 parts-per-quadrillion.