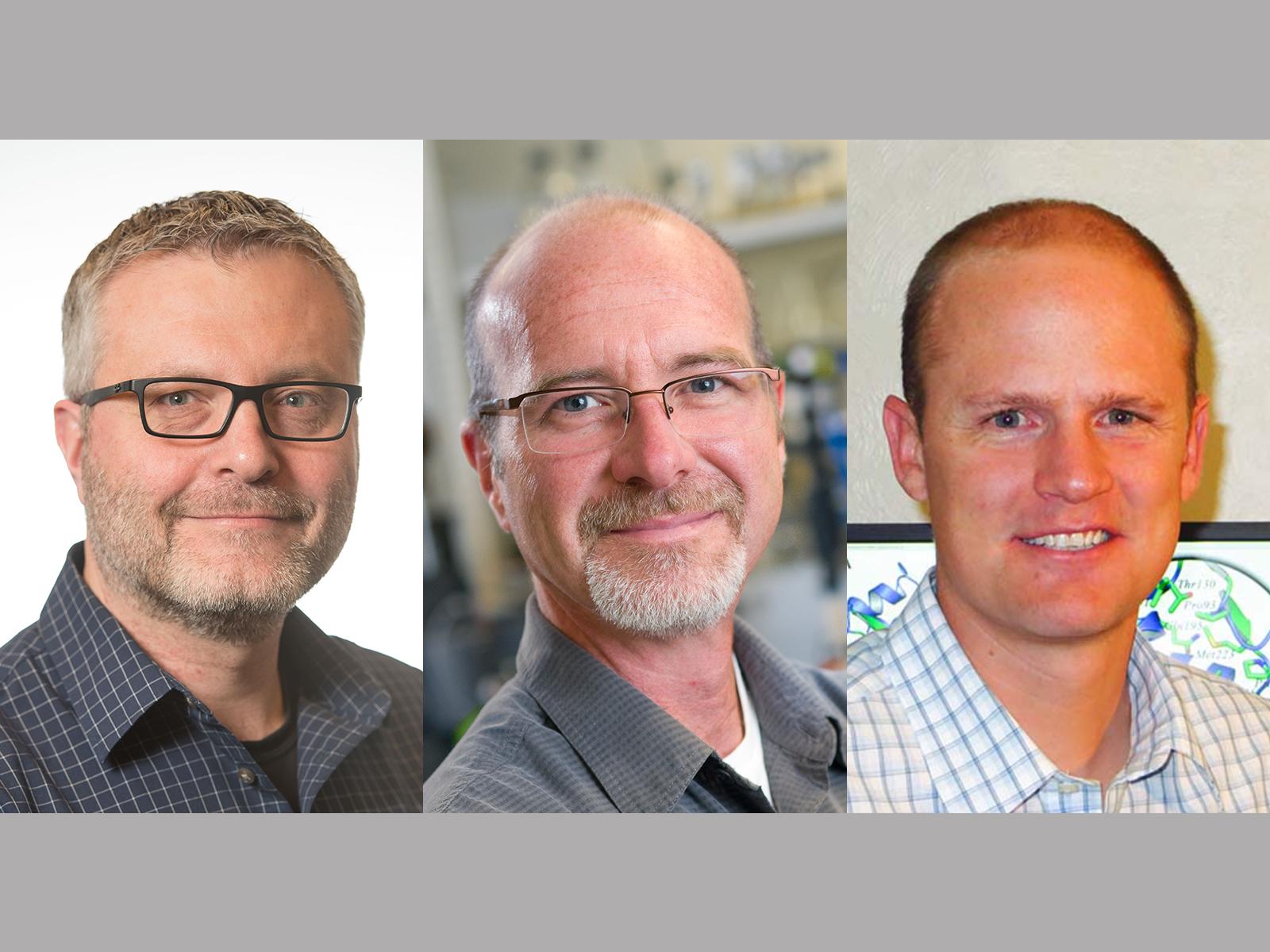 Left to right: Under a new grant from NIH, collaborators Simone Raugei at PNNL, John Peters at WSU, and David Mulder at NREL will continue fundamental research into the drivers of catalytic bias in enzyme reactions.

A new $1.7 million grant from the National Institutes of Health (NIH) continues important research into the inner—and outer—workings of enzymes.

Awarded to a research team from Washington State University (WSU), Pacific Northwest National Laboratory (PNNL), and the National Renewable Energy Laboratory (NREL), the new funding builds on the team’s recent discovery related to catalytic bias in enzyme reactions. The research showed that the protein environment around the catalytic core of [FeFe] hydrogenases from the microbe Clostridium pasteurianum was responsible for shifting the direction and speed of the enzyme’s catalytic reaction.

The new project furthers that research to try and narrow down just what determines the factors responsible for increasing the speed of the reaction one way or the other.

John Peters, a professor at WSU, PNNL computational scientist Simone Raugei, and David Mulder, a staff scientist at NREL, will work together on the theoretical and experimental aspects of the four-year research effort. The collaboration for NIH builds on years of research sponsored by the U.S. Department of Energy’s Biological and Electron Transfer and Catalysis Energy Frontier Research Center, led by Peters.

History of teaming and results

Peters and Raugei hold joint appointments at each other’s institution and have teamed closely on fundamental research related to the function of enzymes over the years. The two scientists credit the long-term arrangement and complementary strengths to the effectiveness of their proposal and the speed at which the award was granted.

“It is pretty rare for a first-time proposal submission to be awarded right out of the gate,” said Peters. “Most proposals to NIH are renewals or go through several revisions. Our new project was awarded with no revisions.”

Raugei agreed, saying that in addition to their history of productive research, the award proves the team had a “compelling idea and tractable system for doing the research.”

“We showed we have a simple model to test complex phenomena and solid preliminary data,” said Raugei.

The scientists believe their concepts about catalytic bias in [FeFe] hydrogenases may be general enough to be applied to other systems similar to enzymes. The team hopes to demonstrate that possibility with the new research.

“These are first principle questions about catalytic bias in redox enzymes and the factors that regulate biological processes,” said Raugei. “Tailoring the environment around a catalytic reaction has profound implications for new catalytic processes and materials.”