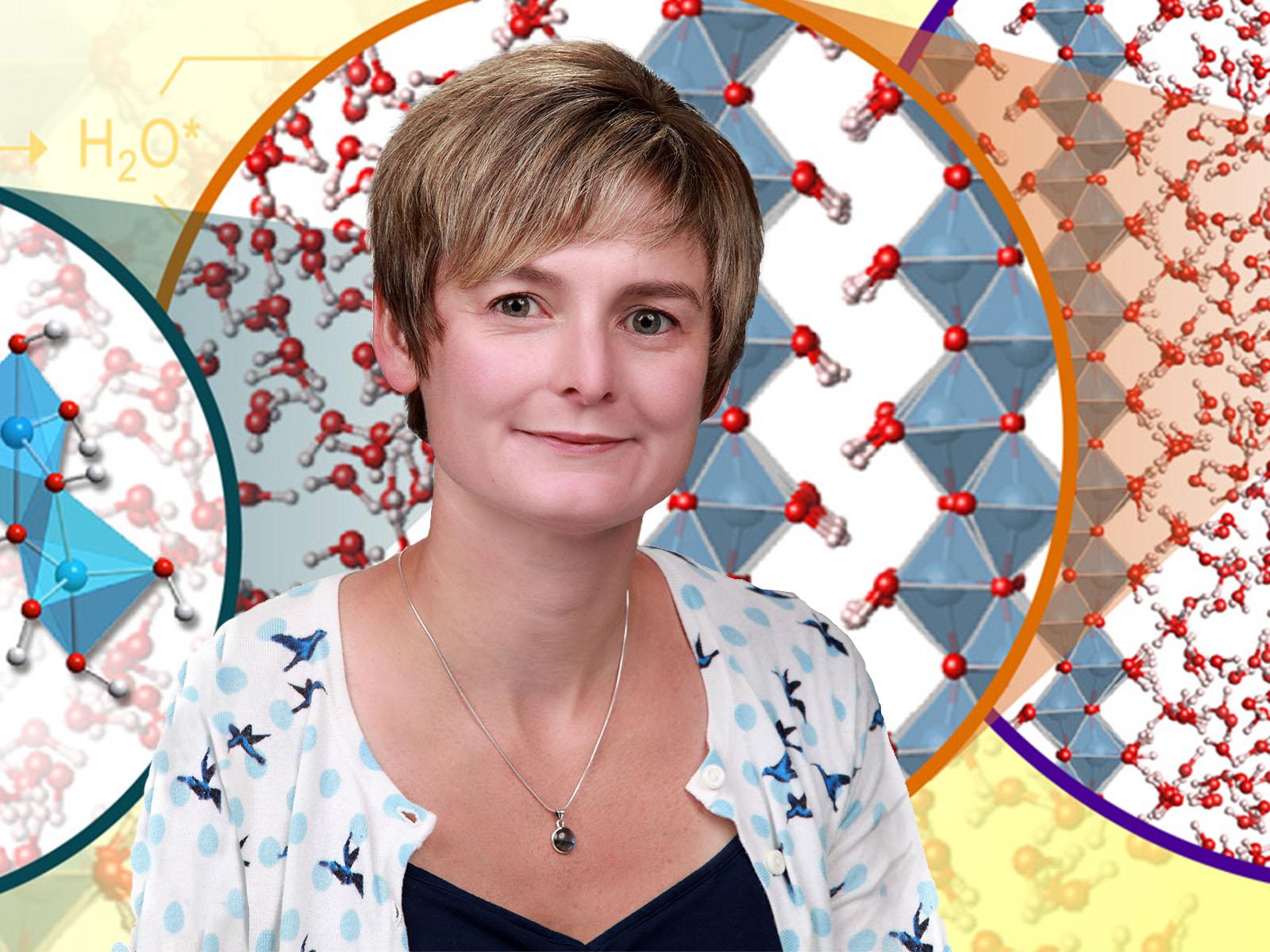 Carolyn Pearce, a chemist and research leader at Pacific Northwest National Laboratory, was named an honorary professor at the University of Manchester in England.

Carolyn Pearce, a chemist at Pacific Northwest National Laboratory (PNNL), has been named an honorary professor at the University of Manchester in England. In addition to her research leadership roles at PNNL, Pearce also serves as the director of the Interfacial Dynamics in Radioactive Environments and Materials (IDREAM) Energy Frontier Research Center and holds a joint appointment in the Department of Crop and Soil Sciences at Washington State University.

“There are two aspects of my career that are important to me,” Pearce said. “First is actively engaging the next generation of scientists. That’s where our new ideas are going to come from, after all. Second is teaming with others. That’s how you accomplish something with purpose that makes a noticeable difference in the world.”

During her research fellowship, Pearce investigated how microbes can be used to make new types of nanomaterials for technological applications, then switched focus to understanding microbial and mineral interactions with uranium and other radionuclides when she joined PNNL. In her recent work, she has helped advance the science of radioactive waste storage and processing and has been investigating the stability of waste forms in different subsurface environments.

Safely cleaning up environmental contamination from nuclear facilities and disposing of radioactive waste is a priority for researchers around the world. The collaboration between national laboratories and top universities is especially advantageous because it presents new opportunities to bridge the gap between basic and applied research. As advancements continue in subsurface sciences, researchers such as Pearce and her colleagues will have expanded opportunities to explore options for nuclear waste processing and storage.

This new appointment with the University of Manchester will allow Pearce to further accelerate the science behind radioactively contaminated land management and radioactive waste disposal, most immediately as it pertains to the Hanford Site and Sellafield Ltd.

Pearce will be working within the University’s Department of Earth and Environmental Sciences and with the Dalton Nuclear Institute, both of which have established themselves as leaders in nuclear waste research in the UK.

Pearce earned her PhD in polymer chemistry at the University of Leeds. At PNNL, she leads the Signatures team as part of the environmental subsurface mission within the Earth Systems Science Division.