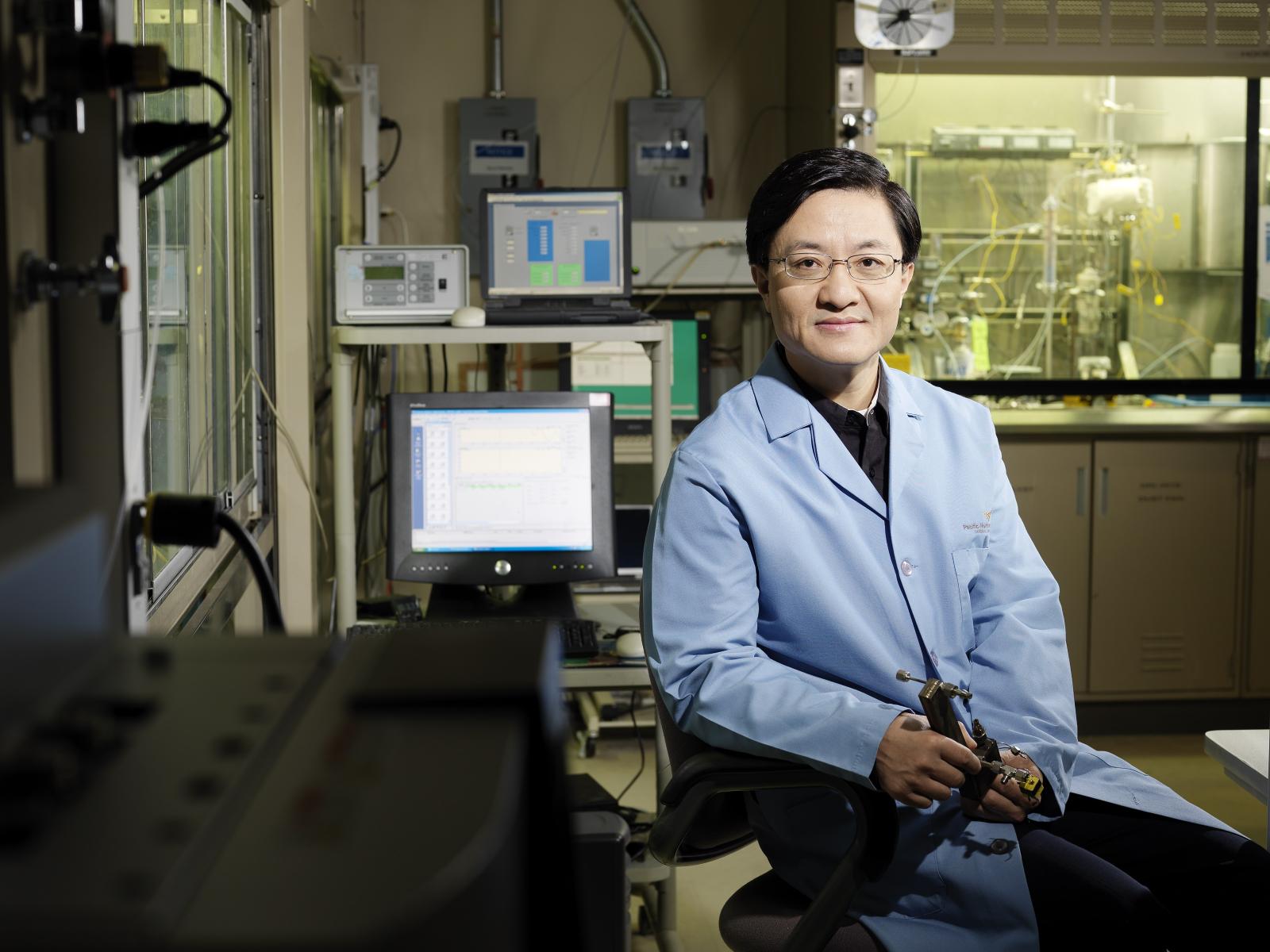 Researchers at Pacific Northwest National Laboratory and their collaborators have made a significant improvement to a catalyst that is more rugged and can reduce tailpipe pollution at lower temperatures than existing methods – oh, and it may turn out to be cheaper too.

Vehicle exhaust contains a trio of dangerous and polluting chemicals – carbon monoxide, unburned gas, and oxides of nitrogen.  Your car’s catalytic converter mops up a good bit of that.

But the existing catalyst that jump starts the chemical reaction, which converts those pollutants to carbon dioxide, nitrogen, and water instead, works best at high temperatures.  As cars have become more fuel efficient, though, exhaust fumes aren’t as hot as they used to be.

So, the Department of Energy’s Vehicle Technologies Office is funding development of technologies that can overcome barriers to exhaust treatment.  One goal is a converter that removes 90 percent of toxic emissions at 150 degrees Celsius or lower. Research published in the March 25 edition of Nature Communications shows a new process for activating an existing catalyst to potentially achieve this goal.

Another goal, reducing the cost of catalysts, got the researchers thinking. Many catalysts are made of expensive, precious metals like platinum, which costs more than $800 an ounce.  Researchers wondered how they could make the platinum catalyst more efficient while making the reactions work at lower temperatures.

The team started with a single atom approach – laying out single atoms of platinum built on a support made of ceria, another rare-earth metal that is considerably cheaper, via high temperature synthesis. They bonded the platinum atoms strongly to the support and activated it in carbon monoxide at about 275 degrees Celsius.  This drastically increased the catalyst activity, converting carbon monoxide at nearly room temperature, while ensuring the catalyst was thermally stable and wouldn’t break down in harsh operating conditions.

“To our surprise, we discovered that the high temperature synthesis made the ceria more easily reducible, allowing it to provide a key ingredient – oxygen – to active sites,” said Yong Wang, a PNNL joint appointee and a Voiland Distinguished Professor in the Gene and Linda Voiland School of Chemical Engineering and Bioengineering at Washington State University.

That key ingredient – oxygen – combines with the dangerous carbon monoxide in exhaust to convert it to non-toxic carbon dioxide.  Oxygen activation occurred at near room temperature, which could have a significant impact on the technology of exhaust emission control. It directly addresses the 150-degree challenge identified by DOE and by automobile companies.

“Single atom catalysis is really the frontier of catalysis research,” said Wang, who is also part of PNNL’s Institute for Integrated Catalysis, which translates fundamental insight into novel and improved catalytic technology.

PNNL scientists were able to see the individual atoms and confirm that they weren’t clustered together by using the High Resolution Microprobe XPS and scanning TEM at EMSL, an Office of Science user facility located at PNNL.

The work was funded by DOE’s Offices of Basic Energy Sciences and Vehicle Technologies, as well as Netherlands Center for Multiscale Catalytic Energy Conversion.