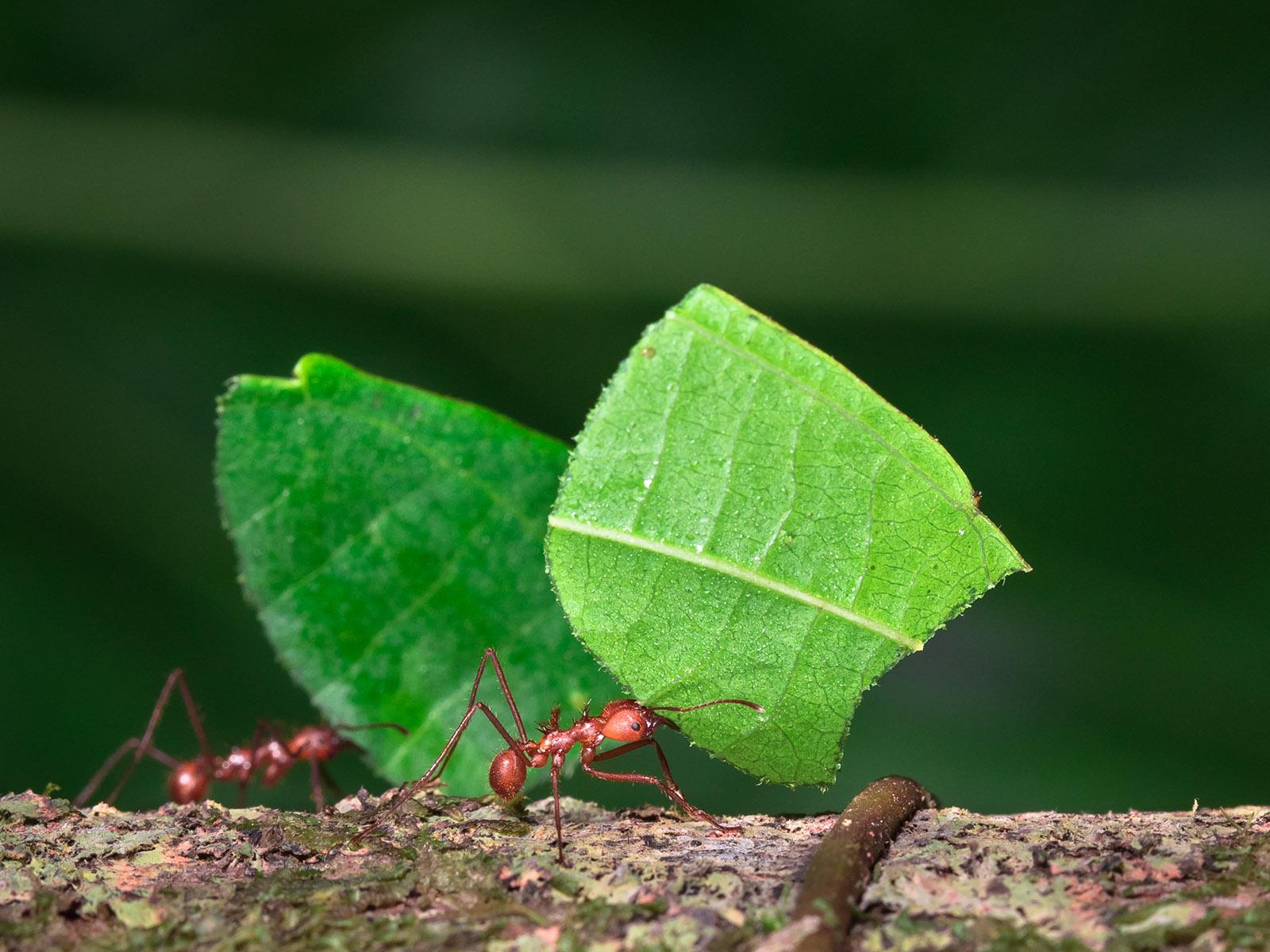 Discerning leaf-cutter ants know what food they like to eat. They turn up their scent-detecting antennae at some plant material in soils in favor of others that fungus has degraded just the way they like it. That’s partly because the ants helped cultivate the fungi and, in true farmer-like fashion, they know where the fungus holds its nutrients.

In an ongoing study, Pacific Northwest National Laboratory (PNNL) researchers are forming a clearer picture of how plant matter is transformed in the microbial gardens the ants create.

“We’re starting to really unravel the complexity of the fungal garden ecosystem,” said Kristin Burnum-Johnson, a PNNL bioanalytical chemist in the Earth and Biological Sciences Directorate. “We’re looking at this ecosystem on a microscale, studying how it can degrade this plant material so efficiently. You have a very complex system with multiple layers. The only way we can truly understand how it works is homing in and understanding how things are happening at each level—where the activity is.”

In the latest of three studies of these softball-sized garden ecosystems, Burnum-Johnson’s research team focused on lipids that are present in the leaf-cutter ants’ cultivated fungus—called Leucoagaricus gongylophorus. The work stems from Burnum-Johnson’s selection to receive a U.S. Department of Energy (DOE) 2019 Early Career Research Program award in which she embarked on exploring how leaf-cutter ants take advantage of such microbial communities by maintaining fungal gardens that release useful metabolites from plant biomass.

This detailed understanding of how fungus degrades biomass could one day help scientists develop microbial systems for sustainable bioproduct production, such as biofuels or renewable chemicals.

Researchers at PNNL have studied the molecular details of this symbiotic system in collaboration with Cameron Currie, a professor of microbiology at the University of Wisconsin, Madison, for more than a decade. They have measured fungal proteins present during leaf degradation and tracked how resident microbes transform degraded plant matter into nutrients useful for the fungus and ants.

Their latest studies focus on a specific type of cellular component: energy-rich lipids. These molecules make up cell membranes, serve as a source of food, and can serve as chemical communication between unrelated species.

Using advanced mass spectrometry technologies at the Environmental Molecular Sciences Laboratory, a DOE Office of Science user facility located at PNNL, Burnum-Johnson and her collaborators compared lipid content in the top, middle, and bottom of the fungal gardens. Each level corresponded to initial, intermediate, and advanced stages of leaf degradation.

They found the fungus took the ant-delivered leaves at the top and transformed the lipids to an ideal state—for the ants—in the middle of the garden.

The lipidomics story with a Goldilocks connection

Nutrient-rich swellings in the middle of the garden were enriched with lipids containing linoleic acid, a type of fatty acid that was shown to attract ants in a separate behavioral experiment. By restricting the enrichment of these lipids to the swellings, the fungus can focus the ants’ consumption to these specialized structures, thereby preventing damage to its growing filaments.

This work demonstrates the role of lipids in both the transfer of energy (food source) and as an inter-kingdom communication tool in leaf-cutter ant fungal gardens.

This latest research was published in the peer-reviewed journal mSystems. It was supported by an Early Career Research Program award to Burnum-Johnson and by the DOE Great Lakes Bioenergy Research Center funded by the DOE Office of Science, Biological and Environmental Research program. The research was also supported by the U.S. Department of Agriculture National Institute of Food and Agriculture, and the National Institutes of Health.