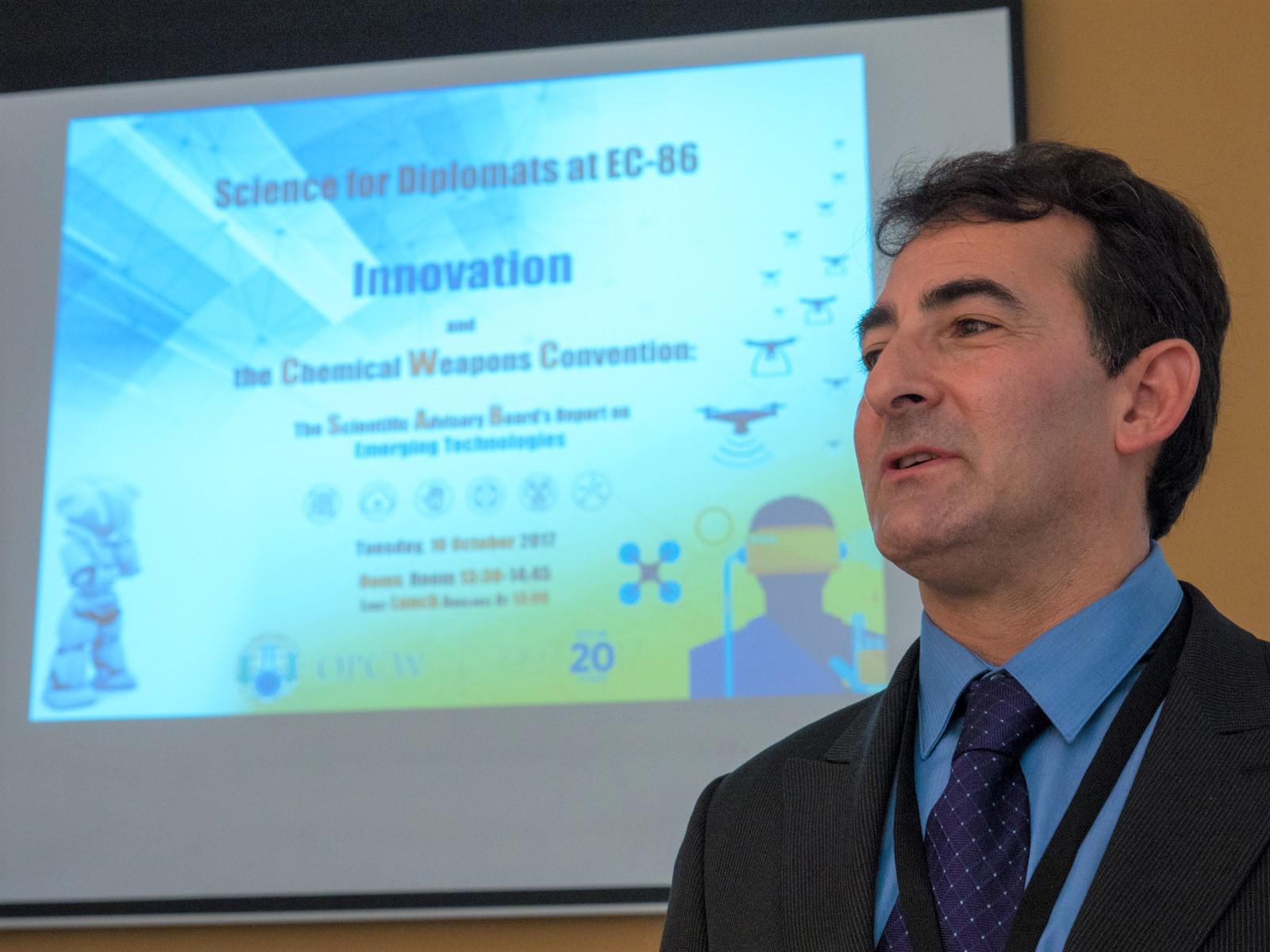 Eric Vander Borght | Organisation for the Prohibition of Chemical Weapons

Jonathan Forman, science and technology advisor at Pacific Northwest National Laboratory (PNNL), was announced as the winner of the Hall of Fame award in the innovator category by the Organisation for the Prohibition of Chemical Weapons (OPCW). This award recognizes individuals or teams who brought in much needed change and were able to communicate the power of simplicity, or positively challenged the status quo to get things done.

Prior to joining PNNL in 2020, Forman served as the first science policy advisor to the OPCW, where he facilitated the work of the OPCW Scientific Advisory Board. In this role, he launched a “science for diplomats” initiative that served as a forum to engage the 193 OPCW member states on scientific issues and concepts impacting the implementation of the convention. “The effort gave way to some productive discussions about science and the role of new and emerging technologies,” Forman said.

In a short video recognizing this year’s award winners, OPCW Director General, Fernando Arias, recognized Forman for his energetic support for the deployment of new technologies and his tireless commitment to innovation and constant search for ways to improve ways of working.

“The series of science advancements is a key example of how Jonathan took an important challenge and ensured delegations truly understood the science aspects of the convention and made it come to life in a way that sparked the community and interest of delegations—all while ensuring that its mandate was implemented,” said Arias.