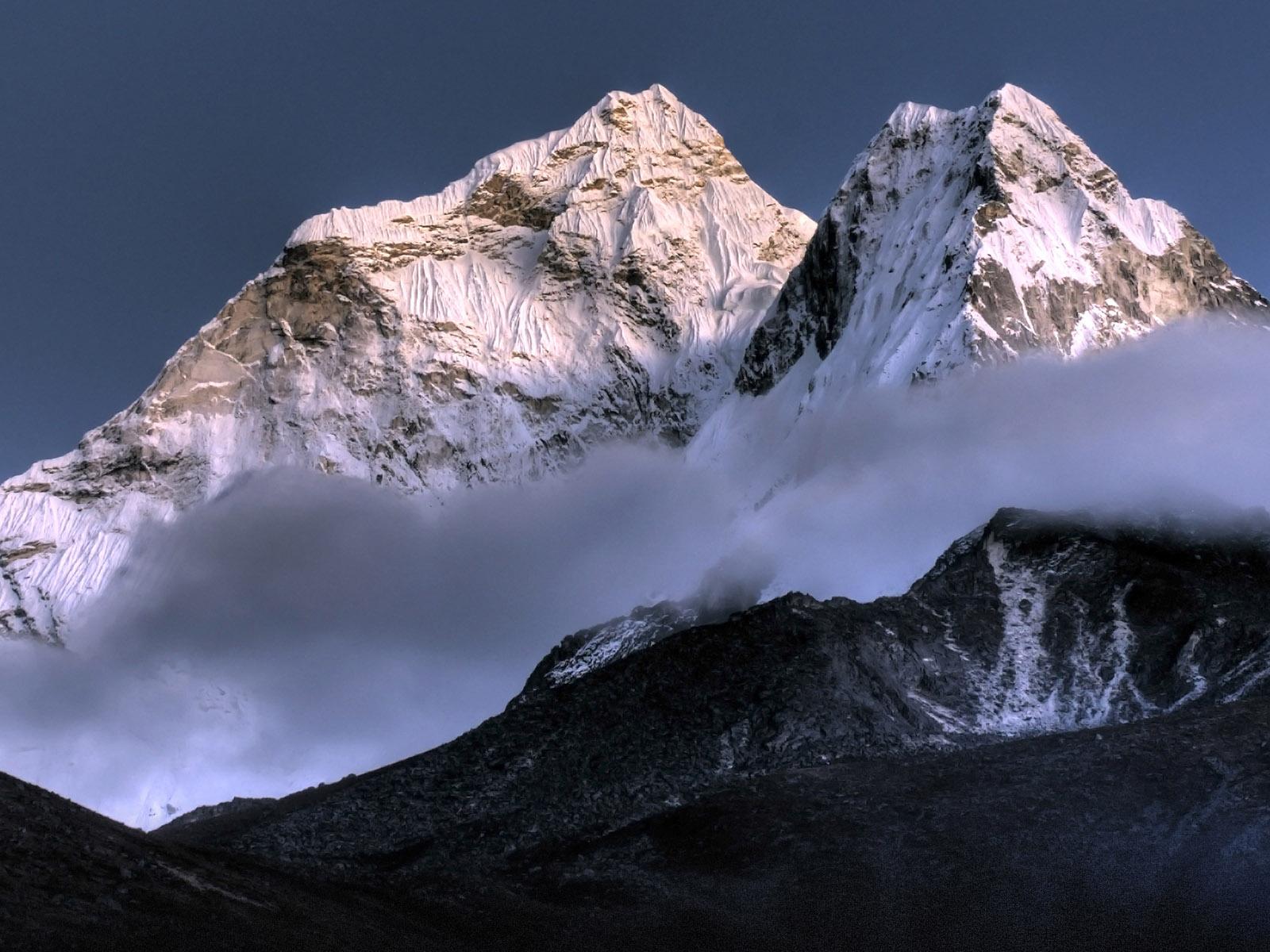 RICHLAND, Wash. — Dust blowing onto high mountains in the western Himalayas is a bigger factor than previously thought in hastening the melting of snow there, researchers show in a study published Oct. 5 in Nature Climate Change.

That’s because dust— lots of it in the Himalayas— absorbs sunlight, heating the snow that surrounds it.

“It turns out that dust blowing hundreds of miles from parts of Africa and Asia and landing at very high elevations has a broad impact on the snow cycle in a region that is home to one of the largest masses of snow and ice on Earth,” said Yun Qian, atmospheric scientist at the U.S. Department of Energy’s Pacific Northwest National Laboratory.

Qian and Chandan Sarangi, formerly a postdoctoral associate at PNNL and now at the Indian Institute of Technology Madras in India, are corresponding authors of the study.

More than 700 million people in southeast Asia, as well as parts of China and India, depend on melting snow in the Himalayas for much of their freshwater needs in summer and early fall, driving the urgency of scientists ferreting out the factors that influence earlier snowmelt in the region.

In a study funded by NASA, scientists analyzed some of the most detailed satellite images ever taken of the Himalayas to measure aerosols, elevation, and surface characteristics such as the presence of dust or pollution on snow.

Of dust, soot, sun and snow: The albedo effect

Dark objects on or in snow absorb sunlight more effectively than pure white snow, whose reflectivity fends off sunlight so forcefully that snow can be blinding on a bright, sunny day. But snow near an object that absorbs sunlight— like snow on a dark-colored car where some of the roof is exposed— heats up and melts faster than pristine snow.

Scientists use the word “albedo” to discuss how well a surface reflects sunlight. Dirty snow has a low albedo, while pure snow has a high albedo. Dust and soot lower snow’s albedo, causing the snow to absorb more light, heating up and melting snow faster.

The albedo effect at high elevations is crucial to life for millions of people who rely on snowmelt for their drinking water. Darker, dirtier snow melts faster than pure snow, changing the timing and amount of snowmelt and affecting agriculture and other aspects of life.

The powerful effect of dirty snow

The team found that dust plays a much larger role melting snow than soot and other forms of pollution, known as black carbon, at elevations above 4,500 meters. Below that, black carbon dominates.

It's a surprise for scientists, who note that far more studies have explored the role of black carbon than dust in snowmelt.

The dust blows into the western Himalayas from the west— from the Thar Desert in northwestern India, from Saudi Arabia and even from the Sahara in Africa. The dust comes in winds thousands of feet high, at what scientists call elevated aerosol layers.

While desert dust is natural, the scientists say that its prevalence in the Himalayas is not without human influence. Increasing temperatures have changed atmospheric circulation, affecting the winds that can carry dust hundreds or thousands of miles. Changing land-use patterns and increasing development have reduced vegetation, liberating dust that otherwise would have been tied to the land.

Qian was one of the first scientists to develop sophisticated modeling tools to analyze how impurities like dust and soot affect the rate at which snow melts. He did that early work more than a decade ago in the mountains of the U.S. West.

“It’s likely that these results translate to other high mountain chains, including the Rockies, Sierras and Cascades in North America and several mountain chains in Asia, such as the Caucuses and Urals,” Qian said.

Much of the data for the study comes from satellite images obtained by multiple NASA instruments, including NASA’s Cloud-Aerosol Lidar and Infrared Pathfinder Satellite Observations (CALIPSO), OMI (Ozone Monitoring Instrument), and MODIS (Moderate Resolution Imaging Spectroradiometer). These instruments can detect dust and other aerosols in the atmosphere, and measure snow coverage and albedo, from hundreds of miles above Earth. Equipped with data from these and other sources, the PNNL team did extensive computer modeling of the processes at work.

Dust particles usually stay in snow longer than black carbon, the scientists noted. Dust is usually a little bit bigger; it’s not as easily blown off the snow and it doesn’t fall through snow as easily. There’s also a lot more of it.

Qian notes that as the climate warms and snow lines move higher, scientists expect the role of dust to become even more pronounced in the Himalayas— a region that, aside from the Arctic and Antarctic regions, contains the biggest mass of snow and ice on the planet.

Additional PNNL authors of the paper are Ruby Leung and Duli Chand. Other authors include Karl Rittger of the University of Colorado Boulder, Kat Bormann of the Jet Propulsion Laboratory and Thomas Painter of the University of California, Los Angeles. Painter has been studying the phenomenon for decades, since noticing the effect of dust on snowmelt while climbing a peak in Colorado.

“This paper shows that dust, working together with increased black carbon and rising carbon dioxide levels, is a dominant driver of snowmelt in the Himalayas,” Painter said. “If we realize that increasing dust is a huge problem and that it’s driving much of the snow and glacier melt, we can take actions to reduce dust emissions and buy ourselves time to finally deal with carbon dioxide emissions.”