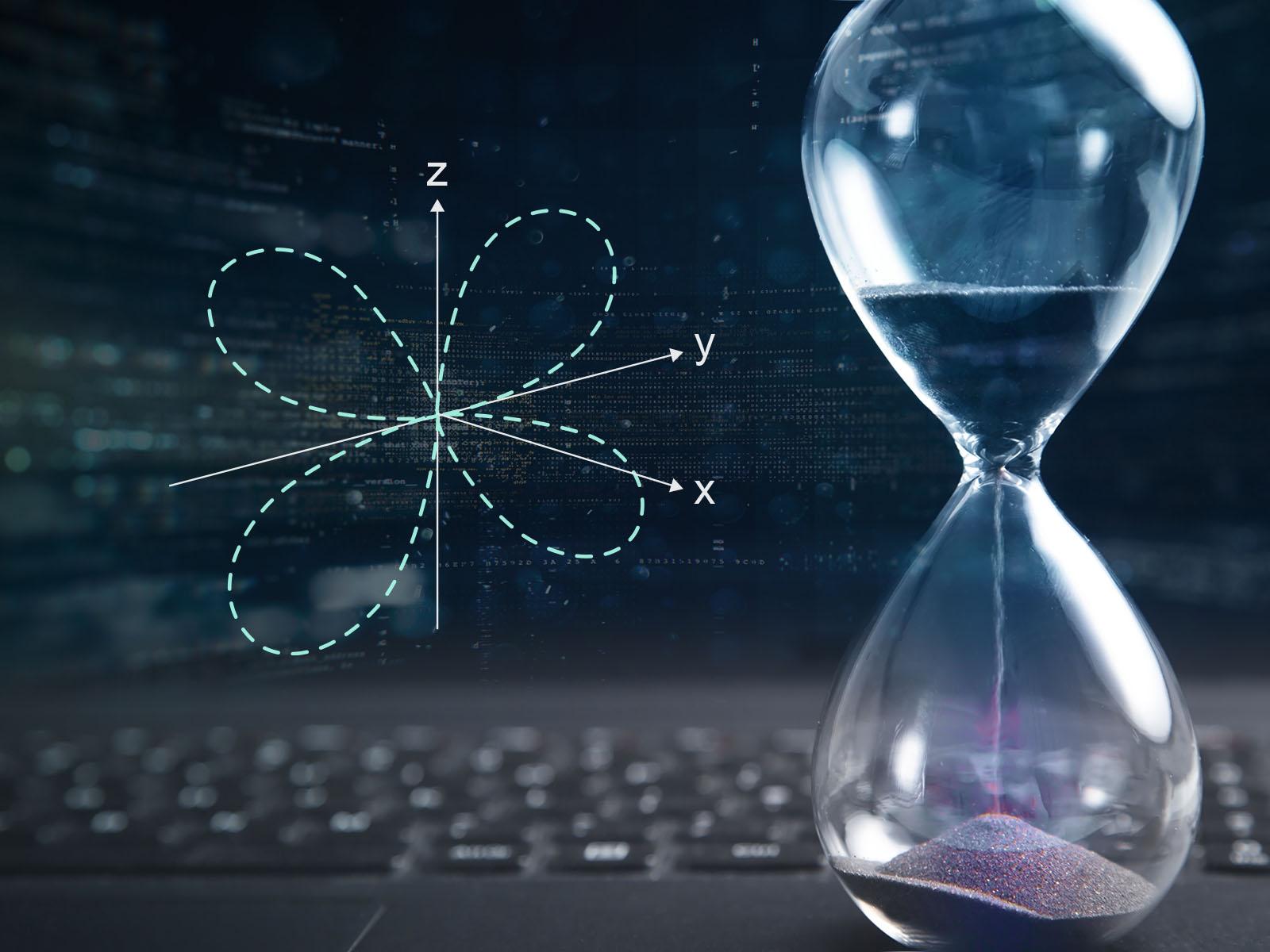 New research from PNNL computational chemists greatly reduces the time and calculation costs of conducting one kind of quantum calculation.

Quantum computers are exciting in part because they are being designed to show how the world is held together. This invisible “glue” is made of impossibly tiny particles and energy. And like all glue, it’s kind of messy.

Once the formula for the glue is known, it can be used to hold molecules together in useful structures. And these new kinds of materials and chemicals may one day fuel our vehicles and warm our homes.

But before all that, we need math. That’s where theoretical chemists Bo Peng and Karol Kowalski have excelled. The Pacific Northwest National Laboratory duo are teaching today’s computers to do the math that will reveal the universe’s subatomic glue, once full-scale quantum computing becomes feasible.

The team recently showed that they could use a mathematical tool called “connected moments,” to greatly reduce the time and calculation costs of conducting one kind of quantum calculation. Using what’s called a quantum simulator, the team showed that they could accurately model simple molecules. This feat, which mathematically describes the energy glue holding together molecules, garnered “editor’s pick” in the Journal of Chemical Physics, signifying its scientific importance.

“We showed that we can use this approach to reduce the complexity of quantum calculations needed to model a chemical system, while also reducing errors,” said Peng. “We see this as a compromise that will allow us to get from what we can do right now with a quantum computer to what will be possible in the near future.”

The research team applied a mathematical concept that was first described 40 years ago. They were attracted to the connected moments method because of its ability to accurately reconstruct the total energy of a molecular system using much less time and many fewer cycles of calculations. This is important because today’s quantum computers are prone to error. The more quantum circuits needed for a calculation, the more opportunity for error to creep in. By using fewer of these fragile quantum circuits, they reduced the error rate of the whole calculation, while maintaining an accurate result.

“The design of this algorithm allows us to do the equivalent of a full-scale quantum calculation with modest resources,” said Kowalski.

In the study, the team established the reliability of the connected moments method for accurately describing the energy in both a simple molecule of hydrogen and a simple metal impurity. Using relatively simple models allowed the team to compare its method with existing full-scale computing models known to be correct and accurate.

“This study demonstrated that the connected moments method can advance the accuracy and affordability of electronic structure methods,” said Kowalski. “We are already working on extending the work to larger systems, and integrating it with emerging quantum computing frameworks.”

By studying both a chemical system and a material system the researchers showed the versatility of the approach for describing the total energy in both systems. The preparation of this so-called “initial state” is a steppingstone to studying more complex interactions between molecules—how the energy shifts around to keep molecules glued together.

The published study used IBM’s QISKIT quantum computing software, but work is already under way to extend its use with other quantum computing platforms. Specifically, the research team is working to extend the work to support XACC, an infrastructure developed at Oak Ridge National Laboratory. The XACC software will allow the scientists to take advantage of the fastest, most accurate world-class computers as a quantum–classical computing hybrid.

“The design of this algorithm allows us to do the equivalent of a full-scale quantum calculation with modest resources,” said Kowalski.

This discovery will now be incorporated into research to be performed in the Quantum Science Center, a U.S. Department of Energy Office of Science (DOE-SC)-supported initiative.

“This work was conducted with a very small system of four qubits, but we hope to extend to a 12-qubit system in the near term, with an ultimate goal of a 50-qubit system within three to five years,” said Peng.

At that point, the messy glue of the universe may be easier to apply.

The research was supported by the DOE-SC Office of Basic Energy Sciences, Division of Chemical Sciences, Geosciences, and Biosciences.