Complicating the Opioid Epidemic: The Many Faces of Fentanyl 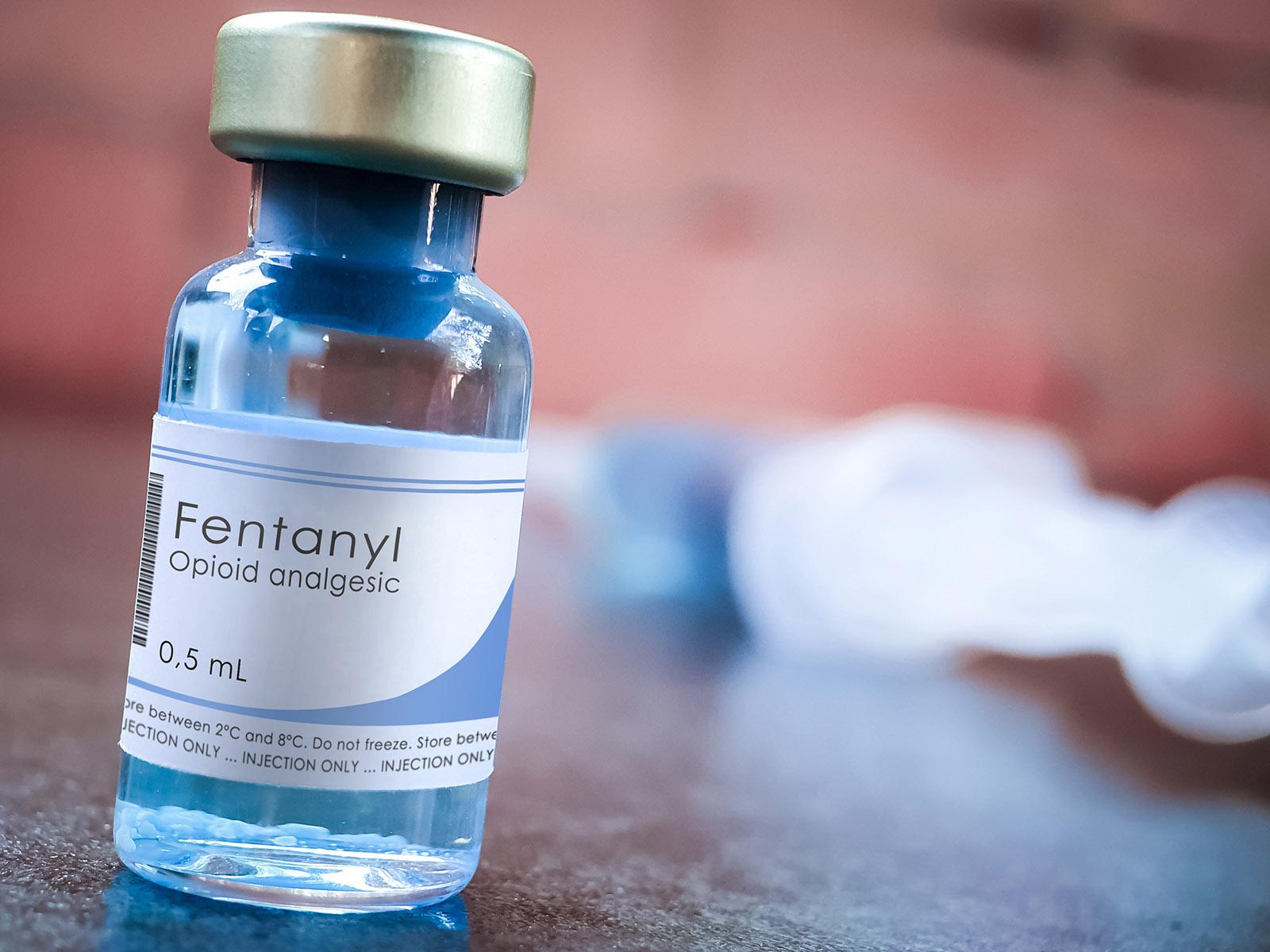 Scientists estimate that there are hundreds of millions of possible chemical variants, or analogs, of fentanyl. PNNL scientists are tracking measurements of the forms already developed and predicting data for others that might be created.

RICHLAND, Wash.—While Covid has ruled the headlines for two years running, a different epidemic is claiming the lives of more than 100,000 Americans every year.

At the core of the opioid epidemic is fentanyl, the synthetic substance originally designed as a painkiller but which has been transformed into a lucrative, deadly street drug.

Beyond the thousands of lives each epidemic claims every month, the two share an important trait: the ability to change—or to be changed—into something unexpected, a challenge difficult to counter.

The first step to protect ourselves is simply knowing that a threat exists.

Covid has produced variants like Omicron, adept at dodging the body’s defenses.

Fentanyl has variants, too—chemical structures that have a bigger effect on the body, more deadly and addictive. Enterprising chemists around the world are busy experimenting in makeshift laboratories, generating new and illegal forms of the painkiller—estimated to be 100 times more powerful in its basic form than morphine—in a bid to evade detection, sidestep the law and make more money.

Scientists at the Department of Energy’s Pacific Northwest National Laboratory estimate that fentanyl has hundreds of millions of possible chemical variants, known as analogs. Every variant that becomes real at the hands of an enterprising chemist spells risk.

“New forms of drugs are appearing constantly,” said PNNL scientist Richard Ozanich, an analytical chemist who is addressing the fentanyl crisis with funding from the Department of Homeland Security. “That means that sometimes, we don’t know exactly what we’re looking for; a new form may not yet be on the radar of law enforcement.”

First responders rely on databases, commonly known as libraries, of chemical structures of known fentanyl variants. It’s like a set of chemical fingerprints of harmful drugs and other hazardous substances. Keeping the fentanyl library up to date is hugely important. Drug dealers and unscrupulous chemists are constantly modifying compounds in small but consequential ways—enough to create substances that evade detection, allow dealers to evade prosecution and still pack a deadly punch.

Many of the illicit substances that make their way to the United States originate in Mexico and China. Their creators work on analogs that are more addictive or are easier to make. Or they create forms that can be diluted or “cut” more efficiently, boosting profits, or used to augment counterfeit pills and other illicit substances.

Every variant that goes unlisted gives criminals a loophole—an opportunity to skirt the law.

“Even if a compound isn’t on the list yet, it can kill you,” said Ozanich, who noted that some forms are so potent that an amount no larger than a grain of salt can be deadly.

Ozanich leads a project funded by the Department of Homeland Security Science and Technology Directorate to help close the gap. His team is updating the libraries that police, hazardous materials teams and other first responders use to identify and understand hazardous substances they encounter. Police, firefighters and others typically carry portable instruments that tap into these databases, giving officials instant insight into what they have encountered.

PNNL has added about 50 chemical structures to the libraries, which also include information on drugs like heroin, cocaine and methamphetamine.

A bigger library lessens the chance that a police officer, firefighter, paramedic or others will face a dangerous unknown substance they can’t identify.

“Law enforcement and other officials need to make decisions quickly in dangerous situations. Do we need to cordon off the area? Are we safe? Is there a danger to others? Improving the information to make those decisions quickly is the focus of our efforts,” Ozanich said.

“Knowing what hazard you’re up against in the field allows you to take appropriate action to protect yourself and the public,” he added.

Going beyond the library

Other PNNL scientists are using powerful computers and novel computational chemistry techniques to predict possible fentanyl analogs that haven’t even been created yet—possible additions to the library even before they hit the street. The research is part of an effort that aims, eventually, to reduce reliance on a library built using results from the analysis of physical samples.

Instead, PNNL scientists are exploring ways to predict and rank possible chemical structures that may be present in a sample based on an understanding of the fundamental scientific principles at play. This would allow detection of threats from other forms of fentanyl or other sources earlier on, without relying exclusively on what is already known.

The fentanyl research fits squarely into PNNL’s wheelhouse to search for, detect and measure substances or phenomena of interest. These include explosive residues, rare gases produced in nuclear explosions, dark matter, traces of other illicit drugs, hints of radiation, and dangerous chemicals like ricin and sarin. Researchers actively pursue new ways to detect or—ideally—to predict and prevent such threats before they exist.

“What this capability comes down to is proactive situational awareness—that is, the possibility to get ahead of the threat in time to help law enforcement and first responders mitigate it effectively,” said Kabrena Rodda, a senior scientist at PNNL who leads a number of projects to counter chemical threats.

“As this capability matures, we’re excited about the potential to go beyond mere recognition of a threat to applying it in novel applications to keep people safe,” Rodda added.

Assuring accuracy, safety in the field

The library update is part of a broader two-year project Ozanich is heading to assess the performance of detection equipment used by emergency responders around the nation. PNNL has brought together 14 manufacturers of 21 key instruments that first responders and others use to detect and measure fentanyl. Those instruments cover nearly all the forms of fentanyl found on the streets today.

Through the effort, the current work by Ozanich and colleagues will filter down to nearly every fentanyl incident confronted by police and others anywhere in the nation.

The project dovetails with another DHS-funded project that Ozanich has led, focusing on fentanyl standards. He brought together more than 100 scientists, first responders, drug enforcement officials, equipment manufacturers and others under the auspices of ASTM International to develop three new laboratory standards. Without proper standards, police and paramedics would be at more risk as they do their jobs.

Two standards address the performance of equipment and methods to test for fentanyl and related compounds in the field. A third standard is designed as a guide for first responders encountering fentanyl in the field. That standard benefitted from considerable input from first responders, with whom PNNL has a strong relationship, in part through the Northwest Regional Technology Center.

One law enforcement official who has worked with Ozanich is Detective Sergeant Pakorn Patimetha of the Hazardous Materials Response Unit of the New Jersey State Police.

“Every day, we see different varieties of fentanyl being mixed into all types of drugs and illicit pills,” said Patimetha, who majored in biochemistry in college before going into teaching and then law enforcement. Patimetha estimates that in the last five years, the percentage of narcotics samples sent to the state’s crime laboratory that contain fentanyl has skyrocketed from five to more than 90 percent.

“A crime scene can be chaotic. We need to identify fentanyl quickly and accurately in the field to make sure that everyone stays safe and hazardous evidence is properly secured,” added Patimetha. “It’s important to keep first responders involved, because we can explain what it’s like in the field, in real-world conditions. Rich gets first responders involved. We give our input directly to make sure that the methods are valid and that they work like we need them to work.”

Pacific Northwest National Laboratory draws on its distinguishing strengths in chemistry, Earth sciences, biology and data science to advance scientific knowledge and address challenges in sustainable energy and national security. Founded in 1965, PNNL is operated by Battelle for the U.S. Department of Energy’s Office of Science, which is the single largest supporter of basic research in the physical sciences in the United States. DOE’s Office of Science is working to address some of the most pressing challenges of our time. For more information, visit https://energy.gov/science. For more information on PNNL, visit PNNL's News Center. Follow us on Twitter, Facebook, LinkedIn and Instagram.