Bacteria and their Bearing on Bowels and Brain 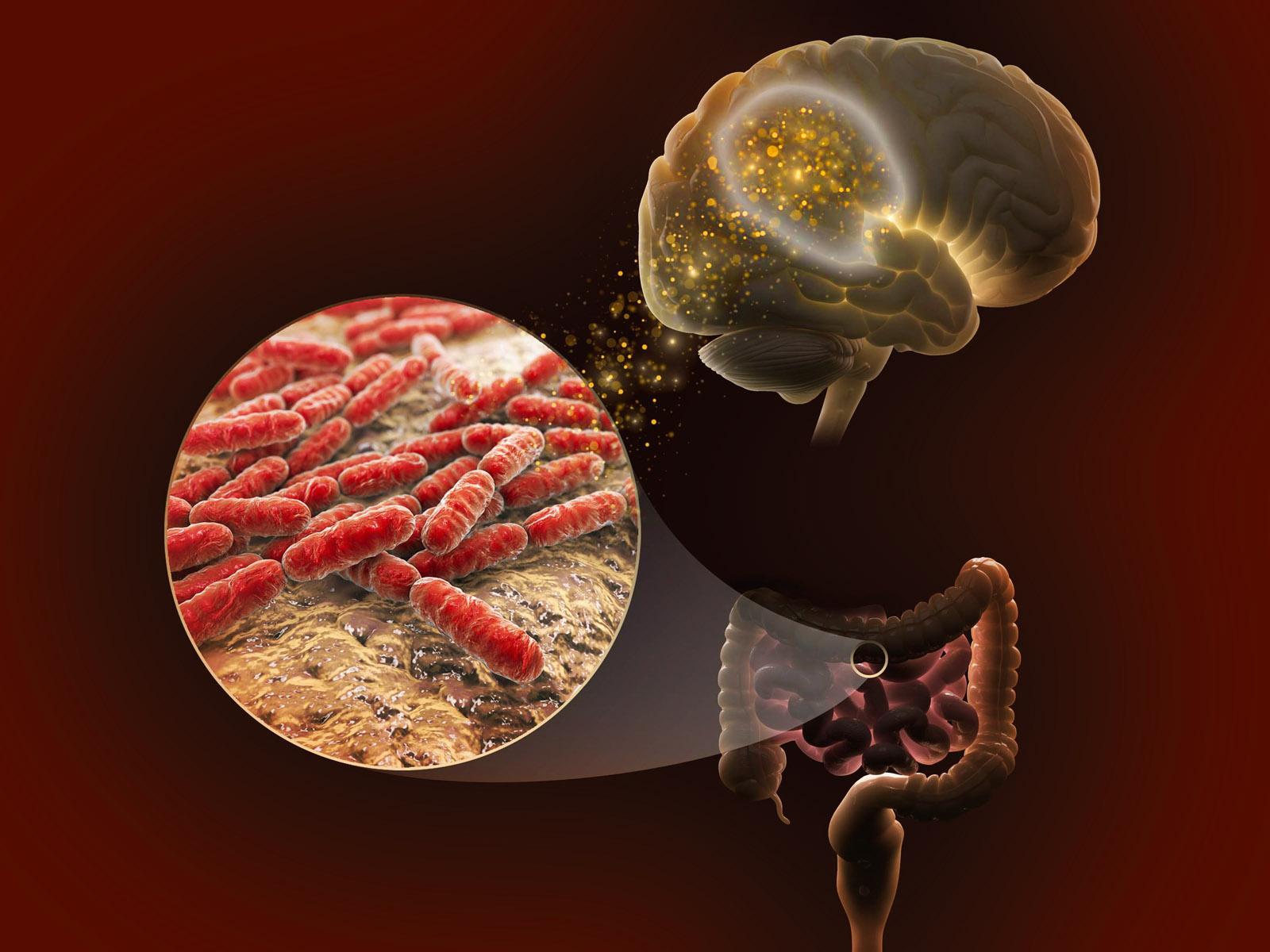 PNNL researchers today published a pair of papers, in Cell and in Nature, exploring the effects of the gut microbiome on our health, including autism, brain function, and inflammatory bowel disease. While scientists have known that the microbes that reside in us have far-reaching effects, the two studies pinpoint some specific molecules at the heart of the action and offer new clues about potential treatment avenues.

In the paper in Cell, Thomas Metz and colleagues from PNNL and their collaborators looked at the influence of gut microbes on autism-like behavior in mice. The team found that key metabolites identified in the mouse gut strongly correlate with behavior. Then the scientists exploited the findings to reduce autism symptoms in mice.

To do the study, the team led by Sarkis Mazmanian of CalTech performed fecal transplants on germ-free mice, transplanting into mice fecal samples either from children with or without autism. Fecal transplants in people are an increasingly common way to introduce microbes from a healthy person into another; it’s like a “microbe transplant” to try to boost beneficial or reduce harmful bacterial activity in the digestive tract. The transplants also offer a unique opportunity to study the effects of specific microbes on certain health conditions.

For the mice that received microbes from children with autism, the transplants had a far-reaching effect: Those mice saw an increase in autism-like symptoms, spending less time interacting with other mice, vocalizing less, and exhibiting repetitive behaviors. The mice with microbes from children not affected by autism did not show such symptoms.

Metz’s group took a close look at the gut microbiome and plasma of the animals and found that concentrations of certain metabolites differed between the two groups of mice. The team found that two metabolites related to neural receptors known as GABA receptors, taurine and 5-aminovaleric acid (5AV), were less common in the samples from the mice that received microbes from children affected by autism, suggesting the possibility that they somehow protect against the disorder.

Then the scientists took the research a step further, using the compounds to treat different mice that naturally exhibit autism-like behavior. Those mice showed a decrease in such behavior, and brain examinations showed that 5AV in particular reduced neural excitability.

“This study is an excellent example of the use of multi-omics analyses to characterize a complicated disorder,” said Metz. “By bringing together several research capabilities, we were able to identify a commercially available molecule, 5AV, that reduced the behavioral symptoms in mice.”

In their paper, the authors conclude that “…..development of microbiota-based interventions such as probiotics, fecal microbiota transplantation, or metabolites may offer a timely and tractable approaching to addressing the lifelong challenges of autism spectrum disorder.”

PNNL authors of the Cell paper, in addition to Metz, include Young-Mo Kim, Erika Zink, Cameron Casey, Lisa Bramer, Nancy Isern, David Hoyt, and Janet Jansson. Precise measurements of metabolites were done at the Environmental Molecular Sciences Laboratory, a DOE Office of Science user facility located at PNNL. The study was supported by the National Institutes of Health and several other organizations; the PNNL portion was funded by PNNL’s Microbiomes in Transition (MinT) Initiative.

Meanwhile, Jansson and PNNL colleague Colin Brislawn are authors of another paper out today, this one in Nature, about the microbiome and its role in inflammatory bowel disease (IBD), which includes Crohn’s disease and ulcerative colitis.

They are part of an international team of scientists who came together via the Integrative Human Microbiome Project to compile and analyze an unparalleled set of data focusing on the molecular action involved in IBD.

The team followed 132 people for a year, collecting more than 3,000 stool, biopsy, and blood samples, then measuring millions of signals related to genes, proteins, metabolites, and other molecular actors.  They gathered the findings into the Inflammatory Bowel Disease Multi’omics Database or IBDMDB, a resource for other researchers to tap as they pursue their own research about IBD.

While scientists know a great deal about the make-up of microbiomes – who’s present – understanding what the members do, how they interact, and their effects pose much more challenging questions. The Nature study provides millions of molecular clues that will help answer such questions.

Already, the team has discovered a previously unclassified species of bacteria that works closely with other bacteria to influence levels of butyrate, a molecule that scientists consider beneficial for IBD patients. The team found that levels of the newly discovered bacteria are very low in patients with IBD, perhaps contributing to their symptoms – and giving scientists a potential new target in patients.

The new research is an extension of the PNNL’s team previous work. Two years ago, Jansson’s team showed in a manuscript published in Nature Microbiology that patients with IBD are more likely to see dramatic shifts – volatile dysbiosis – in the make-up of their gut microbiome than healthy people.

Former PNNL post-doc Richard White is also an author of the Nature paper. The project was supported by NIH and several other organizations and was led by Curtis Huttenhower of the Broad Institute and Harvard.