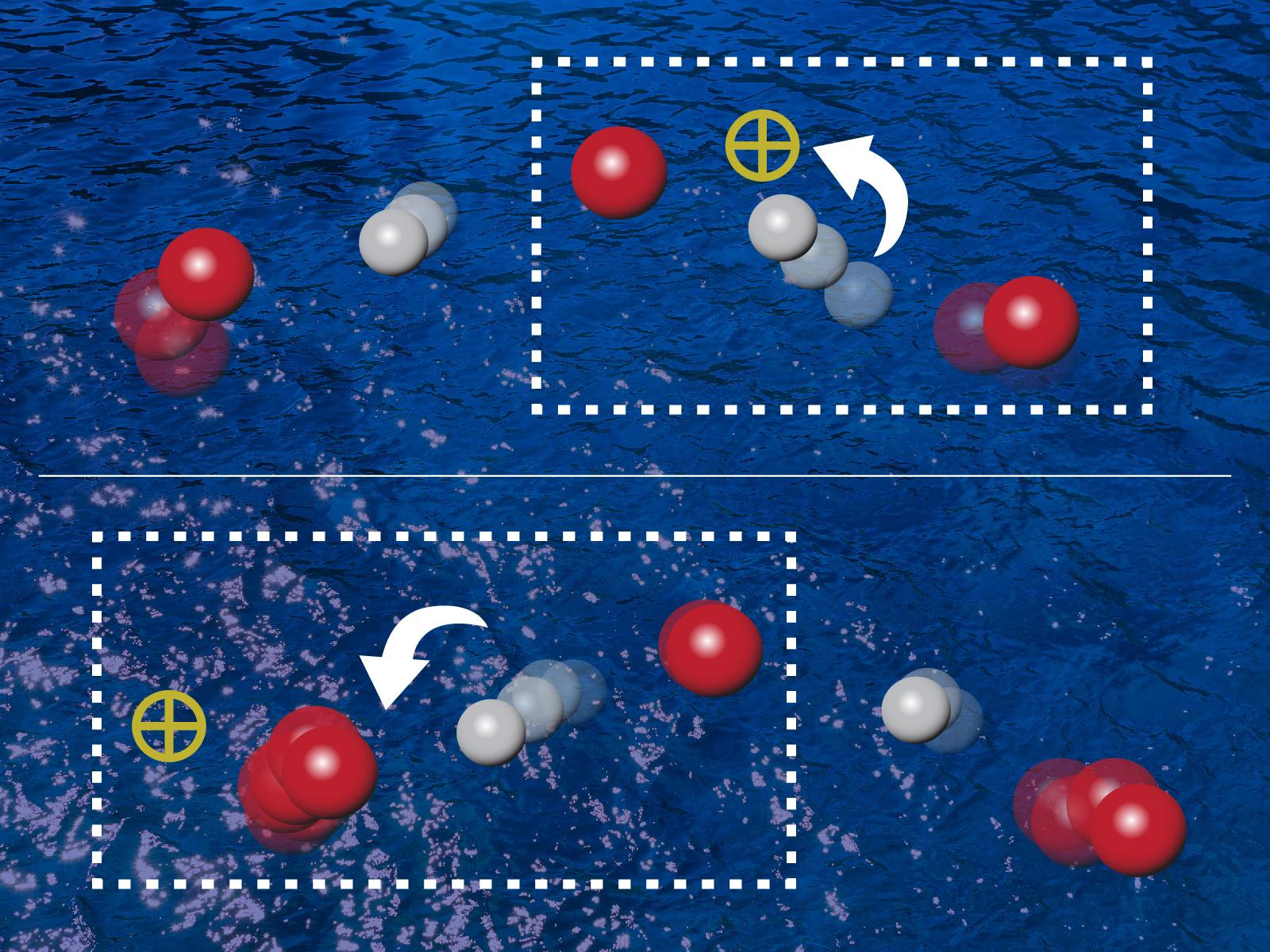 Identifying how water chemically changes after exposure to radiation at ultrafast timescales.

Understanding how water responds to radiation is important for a wide variety of fields. Water radiolysis, or how water breaks down after irradiation, has relevance for fields ranging from medicine to the management of nuclear waste. Researchers used computations to simulate what happens to small water droplets after radiation causes them to separate into positively and negatively charged pieces in the process called ionization. They found that within the first 10 femtoseconds, the positively charged piece, called the “hole,” localizes to a single water molecule. They also identified other key chemical processes that occurred within the next 60 femtoseconds, including proton (H+) transfer and the formation of an intermediate water complex.

High-energy radiation ionizes water when the two interact. This happens to nuclear materials in water-based solutions. Understanding how the ionized water reacts has implications for the environmental impacts of nuclear applications. This work identified and predicted the elementary steps of water radiolysis, which can be used to predict and potentially prevent radiation damage.

Understanding the elementary steps in water radiolysis—and the critical role of radiation–matter interactions—is important for predicting the behavior of water-based chemical and biological systems. These ultrafast chemical steps quickly produce highly reactive species, which can cause changes that remain at longer timescales. Direct experimental observation of the positively charged hole (H2O+) that forms upon water radiolysis, and its subsequent reactivity, remains a great challenge due to its ultrashort lifetime of less than 100 femtoseconds.

Recently, ultrafast X-ray spectroscopy provided evidence for the existence of H2O+ and the decay of other water molecules to a hydroxyl (OH) radical via proton transfer. However, these studies did not present a full account of the driving forces behind hole localization and the subsequent ultrafast chemical processes. Researchers performed computational simulations to describe the electronic coherence and to capture the transient effects that occur after the irradiation of small water droplets. Upon ionization, the hole localized to a single water molecule within 10 femtoseconds, triggering a proton to vibrate with a large amplitude and move throughout the droplet. The researchers observed multiple elementary steps, including proton movement and the formation of a water complex, within 70 femtoseconds of ionization.

This work was supported as part of IDREAM (Interfacial Dynamics in Radioactive Environments and Materials), an Energy Frontier Research Center funded by the Department of Energy, Office of Science, Basic Energy Sciences. 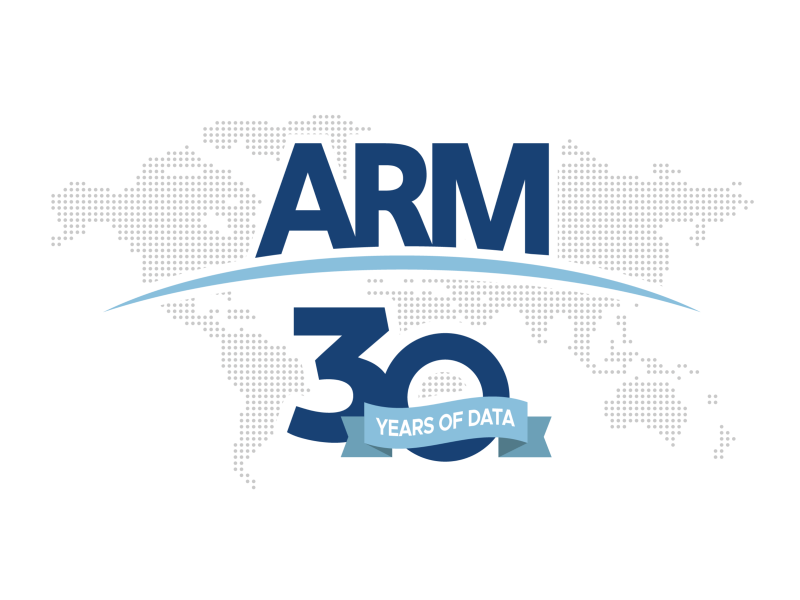 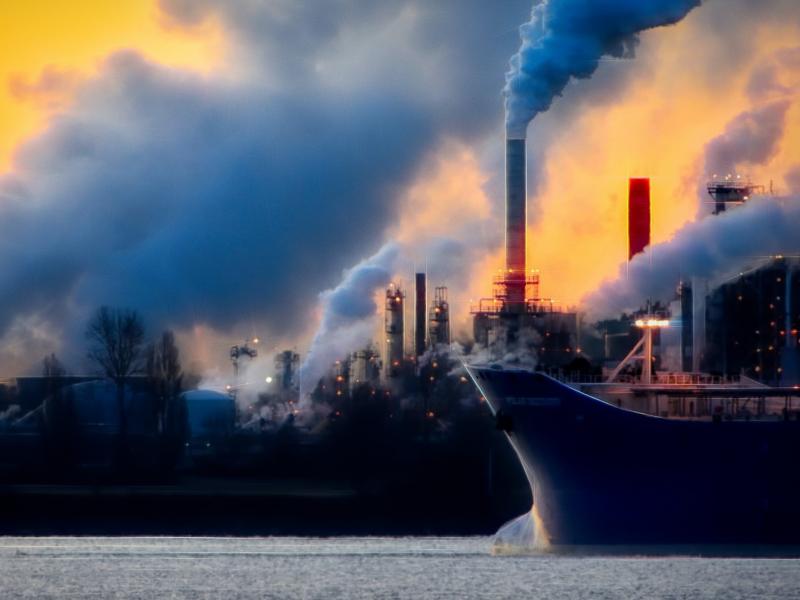 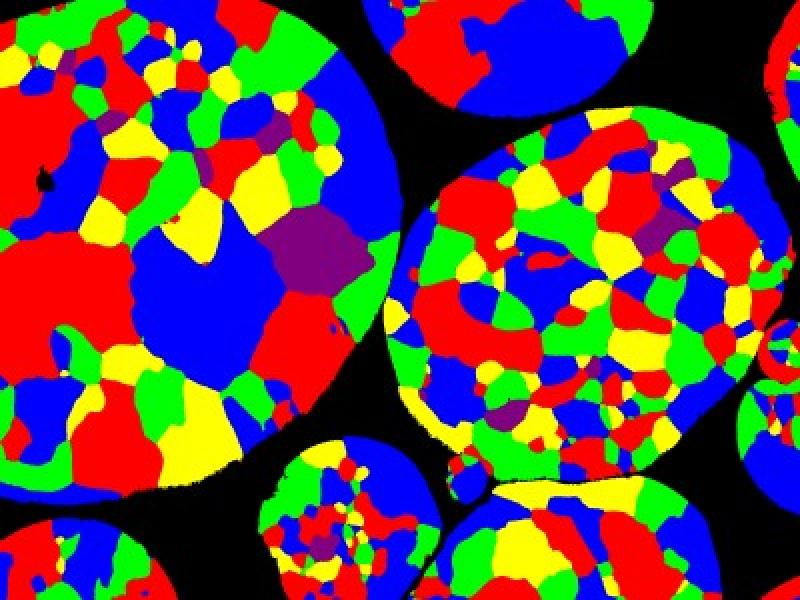