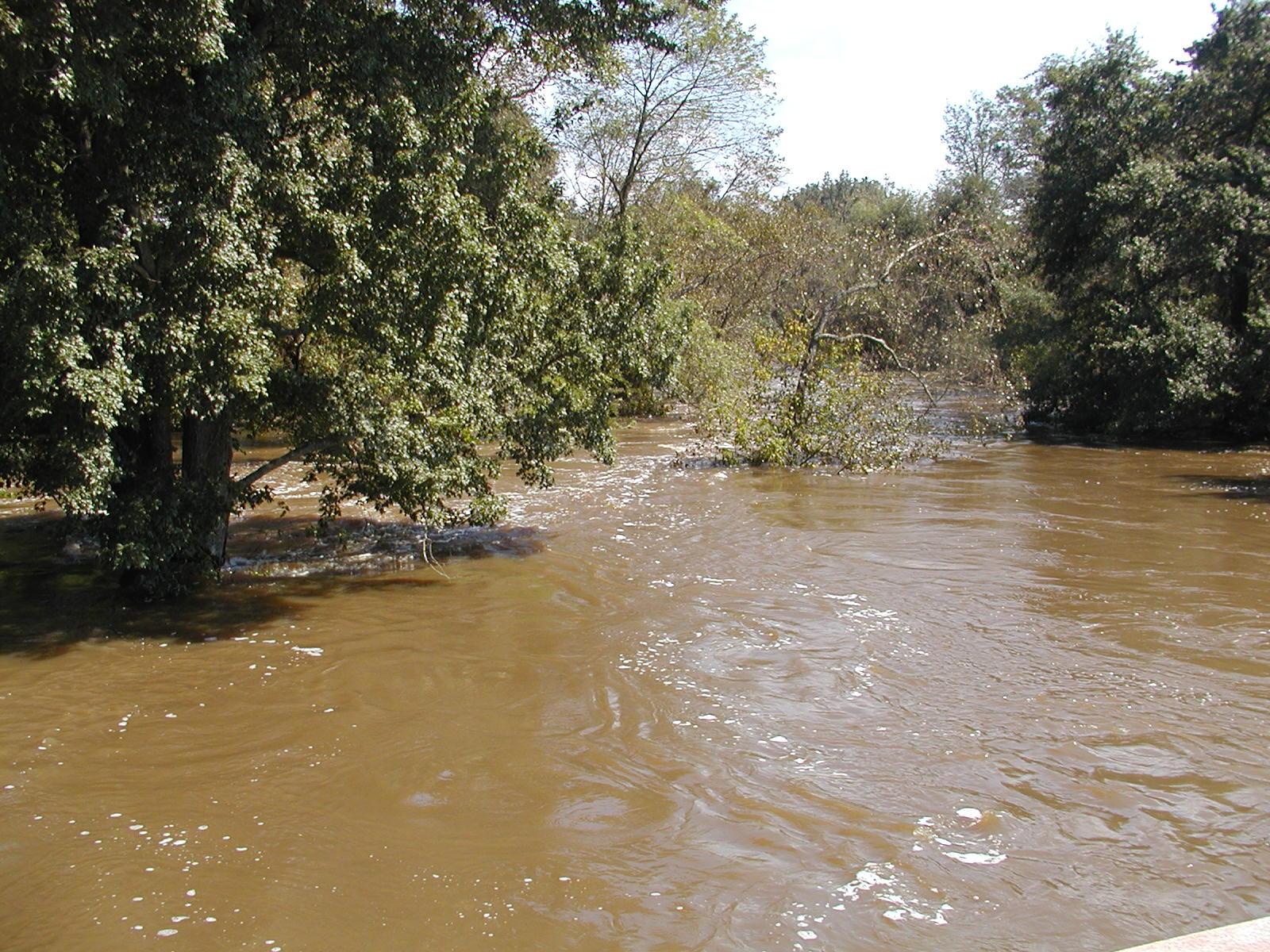 Research using long-term, distributed observational datasets shows that the impacts of tropical cyclones on floods and droughts in the Mid-Atlantic vary across the region.

Researchers lack knowledge about the climatological characteristics of landfalling tropical cyclones (TCs) and their local scale hydrological impacts over the Mid-Atlantic region. Through analyzing long-term observational datasets, this research reports strong spatial variability in how TCs affect flood/drought within the region. For instance, while TCs show negligible impacts on flooding in the northern part of the region, they increase the magnitude of 100-year floods by over 50% for the southwestern portion. However, TCs can alleviate hydrological droughts (in frequency and duration) for most of the region, but to varying degrees.

Landfalling TCs are major drivers of catastrophic flood hazards in the Mid-Atlantic region, where reducing flood risk and damage involves crucial coastal management decisions. However, existing research exploring TC-related hydrological extremes focuses mostly on regional scales, which are too coarse for realistic decision-making (i.e., local or catchment scales). Through analysis of extreme events based on long-term, spatially distributed observational datasets, this research reveals substantial spatial variability in TC impacts on the severity of floods and droughts. The results highlight the need to prioritize sites for coastal hazard risk management and adaptation. They also demonstrate the importance of high-resolution modeling for characterizing spatial heterogeneity in processes and system responses.

This research performs a climatological analysis of long-term (from 1950‒2019), spatially distributed observational datasets of hurricane tracks, precipitation, and streamflow. The analysis provides local scale understanding of the climatological characteristics and hydrological impacts of TCs over the Mid-Atlantic region, defined as the Delaware River Basin (DRB) and Susquehanna River Basin (SRB). Although TCs make limited contributions to regional precipitation (<9%), they are the major trigger of most extreme floods in the southern part of DRB (tributaries of the Christina River and lower Delaware River) and the southwestern portions of SRB (tributaries of the Lower Susquehanna and Junita River). On the flip side, TCs alleviate droughts in these areas to a comparatively higher degree. Importantly, researchers observed a strong spatial variability of TC’s impact on flood/drought within and across the basins. For instance, while the TC effect on flood is negligible for the high-elevation, northern part of the region, TCs increase the magnitude of the 100-year flood by up to 19.6% in DRB and 53.0% in SRB. TCs also reduce the duration of short-term extreme hydrological drought by up to 25.0% in SRB and 24.7% in DRB, respectively.

This work was supported by the MultiSector Dynamics, Earth System Model Development, and Regional and Global Modeling and Analysis program areas of the Biological and Environmental Research program as part of the multiprogram, collaborative Integrated Coastal Modeling project. All model simulations were performed using resources available through Research Computing at Pacific Northwest National Laboratory.