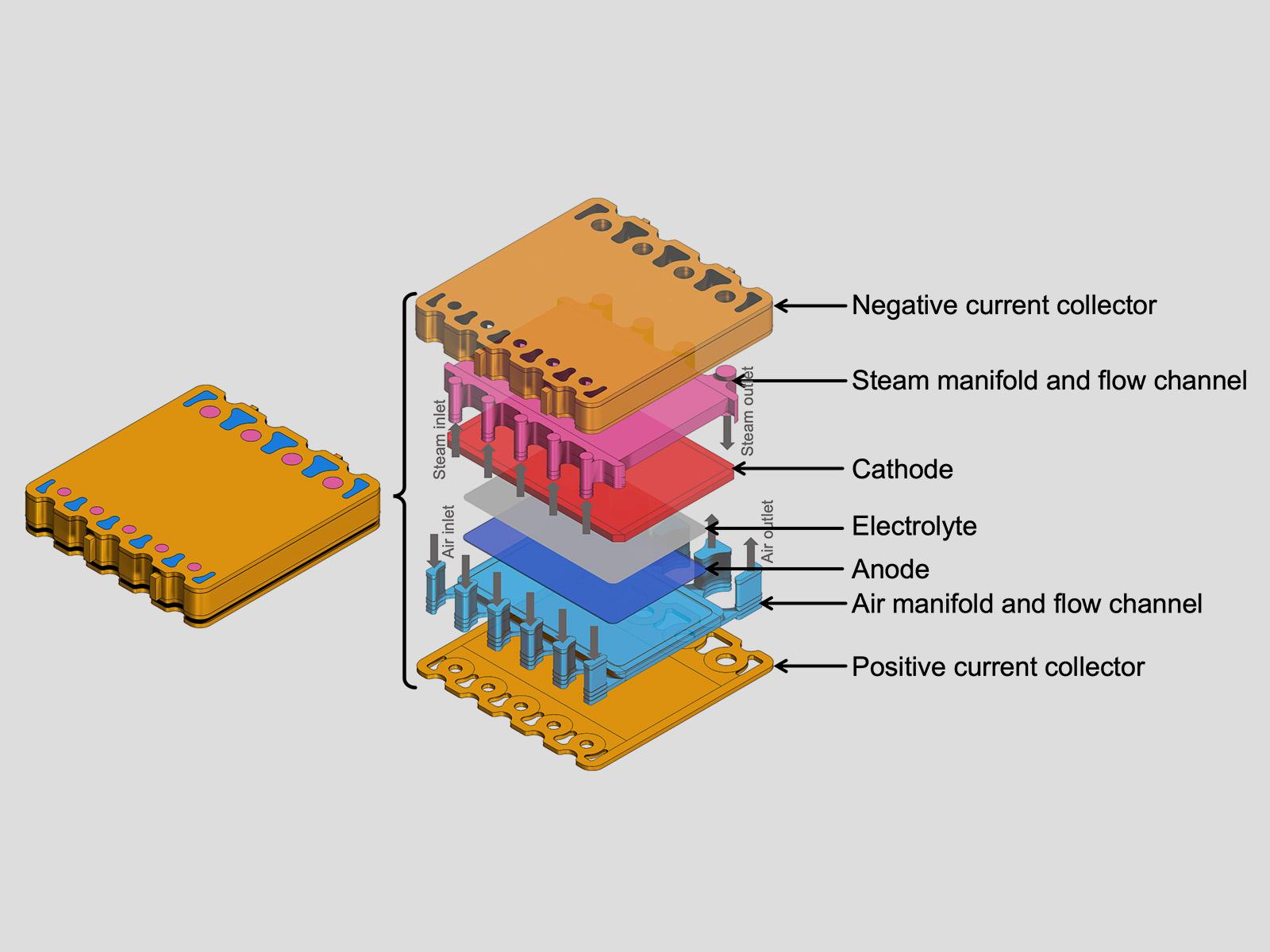 A modeling framework developed by a PNNL research team enabled an understanding of the performance and reliability of a solid oxide electrochemistry cell design (SOEC). SOECs are promising hydrogen producers with high energy efficiency and fewer greenhouse gas emissions.

Now, a team of researchers from Pacific Northwest National Laboratory (PNNL) is gaining a better understanding of SOECs by developing and using a modeling framework to understand potential SOEC performance and structural reliability challenges—research that could one day help lead to cleaner, less expensive, and sustainable hydrogen generation.

The team’s research, supported by the Department of Energy’s Hydrogen and Fuel Cell Technologies Office and Office of Fossil Energy and Carbon Management, was published in the Journal of The Electrochemical Society.

The PNNL model framework takes an integrated approach for evaluating a realistic SOEC design using a laboratory-scale stack—considered the core of a hydrogen generation system.

In addition to the cell components such as an electrolyte and the electrodes, the framework also takes into account the stack components, such as current collectors, seals components, flow fields, reflecting actual, “real-life” designs and taking into consideration the possibility of potential cell failures.

“Our goal was to take a holistic modeling approach to evaluate all components so we could best understand the biggest challenges that impact SOEC performance and reliability to improve designs,” said Jie Bao, the PNNL mechanical engineer who led the study.

The team’s model was also used to evaluate the mechanical reliability of the SOEC design. The analysis found that the anode was the weakest part of the cell assembly and would likely be the main contributor to potential cell failure at high operating voltages. However, the analysis indicated low probability of anode failure; the affected area was found to be concentrated in just a few small areas of the cell—thus, the team determined it is not likely to lead to total loss of function and the SOEC may continue to operate with reduced performance.

Building on this success, the team’s modeling framework can be used in future research to evaluate structural reliability of different SOEC designs under various operating conditions to support stack manufacturing efforts.