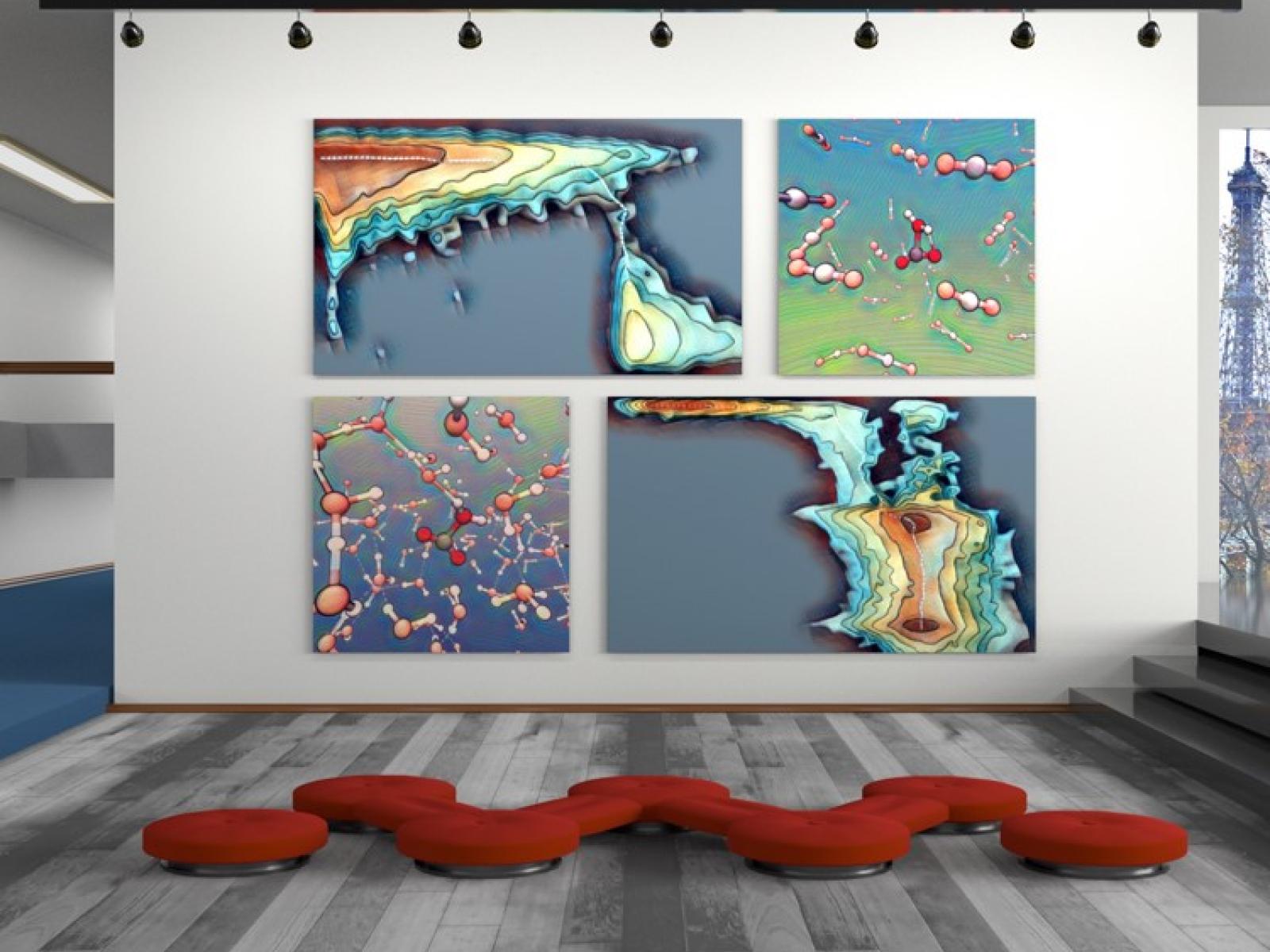 CO2 has attracted considerable attention in the recent years due to its role in the greenhouse effect and environmental management. While its reaction with water has been studied extensively, the same cannot be said for reactivity in supercritical CO2 phase, where the conjugate acid/base equilibria proceed through different mechanisms and activation barriers. In spite of the apparent simplicity of the CO2 + H2O reaction, the collective effect of different environments has drastic influence on the free energy profile. Enhanced sampling techniques and well-tailored collective variables provide a detailed picture of the enthalpic and entropic drivers underscoring the differences in the formation mechanism of carbonic acid in the gas, aqueous and supercritical CO2 phases. V.-A.G. and R.R. were supported by the U.S. Department of Energy (DOE), Office of Science, Office of Basic Energy Sciences, Division of Chemistry, Geochemistry and Biological Sciences, and located at Pacific Northwest National Laboratory (PNNL). Computational resources were provided by National Energy Research Scientific Computing Center (NERSC), a DOE Office of Science User Facility located at Lawrence Berkeley National Laboratory (LBNL). PNNL is operated by Battelle for the US Department of Energy under Contract DE-AC05-76RL01830. D.P., E.G. and M.P. thankfully acknowledge the financial support provided by the NCCR MARVEL, funded by the Swiss National Science Foundation, and the European Union Grant No. ERC-2014-AdG-670227/VARMET. Computational resources were provided by the Swiss National Supercomputing Centre (CSCS) under project IDs p503, s768 and s910.

Due to the role of CO2 in the greenhouse effect and environmental management, its reaction with water has been studied extensively. But the same cannot be said for reactivity in the supercritical CO2 (scCO2) phase. In this phase, conjugate acid/base equilibria proceed through different mechanisms and encounter different activation barriers.

Scientific collaborators from Pacific Northwest National Laboratory and ETH Zurich in Switzerland found that despite the apparent simplicity of the CO2 + H2O reaction, collective motions in the reaction environment had a drastic influence on the free energy profile in various phases. The resulting detailed picture of enthalpic and entropic drivers underscore the differences in the formation mechanism of carbonic acid in the gaseous, aqueous, and supercritical CO2 phases. The researchers believe theirs is the first comprehensive study to compare the fundamental reactivity of CO2 and H2O in these distinct environments.

To examine the factors that influence entropy or enthalpy phenomena, the team combined theory and simulation with enhanced sampling, or metadynamics. These complicated but important statistical and mechanical techniques allowed tracking of energy aliquots among collective variables through iterative simulations. This approach accounted for the conformational and configurational complexity of the solvent media as well as the potential side reactions related to reactants and products. The resulting detailed picture of the overall reactive landscape revealed novel insights into solvent effects and unanticipated reactivity, which hold important implications for efficiencies in applications such as separations, catalysis, and carbon remediation. 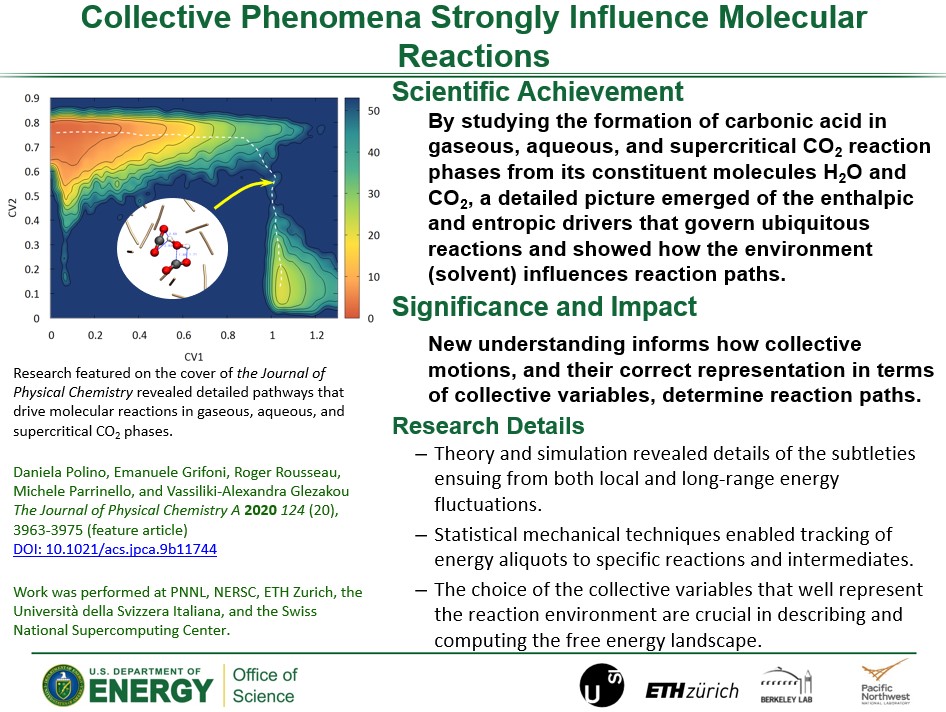