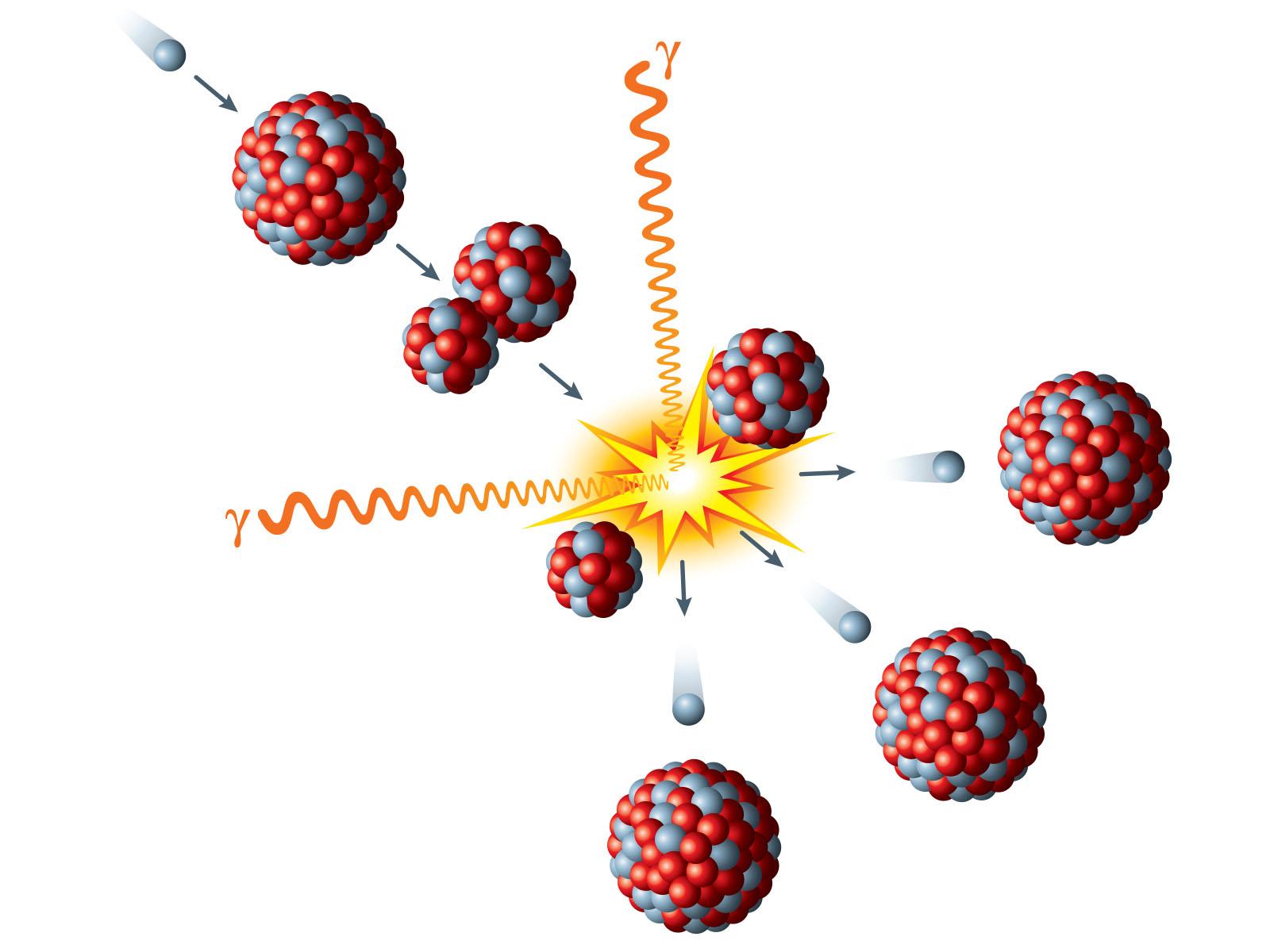 The STAYSL PNNL software suite provides a set of tools for working with neutron activation rates measured in a nuclear fission reactor, an accelerator-based neutron source, or any neutron field to determine the neutron flux spectrum using a generalized least-squares approach.

This process is referred to as neutron spectral adjustment since the preferred approach is to use measured data to adjust neutron spectra provided by neutron physics calculations. The input data consist of the reaction rates based on measured activities, an initial estimate of the neutron flux spectrum, neutron activation cross sections and their associated uncertainties (covariances), and relevant correction factors. The output consists of the adjusted neutron flux spectrum and associated covariance matrix, which is useful for neutron dosimetry and radiation damage calculations. The figure below shows an example of an adjusted neutron spectrum determined by STAYSL PNNL as compared to the initial spectrum.

The software suite consists of STAYSL PNNL, SHIELD, BCF, and NJpp Fortran codes and the SigPhi Calculator spreadsheet tool. In addition, the development of this software suite and associated data libraries used the third-party NJOY99 Fortran code. The NJOY99 and NJpp codes are used to assemble cross section and covariance input data libraries (for both SHIELD and STAYSL PNNL) from nuclear data libraries such as the International Reactor Dosimetry and Fusion File (IRDFF) developed by the Nuclear Data Section of the International Atomic Energy Agency (Vienna, Austria). The BCF, SigPhi Calculator, and SHIELD software tools are used to calculate corrected activation rates and neutron self-shielding correction factors, which are inputs to the STAYSL PNNL code.

The initial release of the STAYSL PNNL suite in April 2013 included neutron cross section and covariance libraries derived from International Reactor Dosimetry File of 2002 (IRDF-2002) and used a 100-group energy grid ranging up to 20 MeV. With the October 2014 release of IRDFF v. 1.05, the STAYSL suite has been updated to use neutron cross section and covariance libraries derived from IRDFF.  This update included addition of 12 new reactions and expansion of the energy grid to 140 groups that range up to 60 MeV. In addition, several usability improvements were concurrently incorporated.

The result of these updates is the August 2015 release of version 1.2.0 of the STAYSL PNNL software suite. Although the user guide has not yet been updated to reflect the modifications, the changes are documented in the accompanying release notes.