Vitamin B12: Power Broker to the Microbes

Compound has surprising influence on the formation of microbial communities 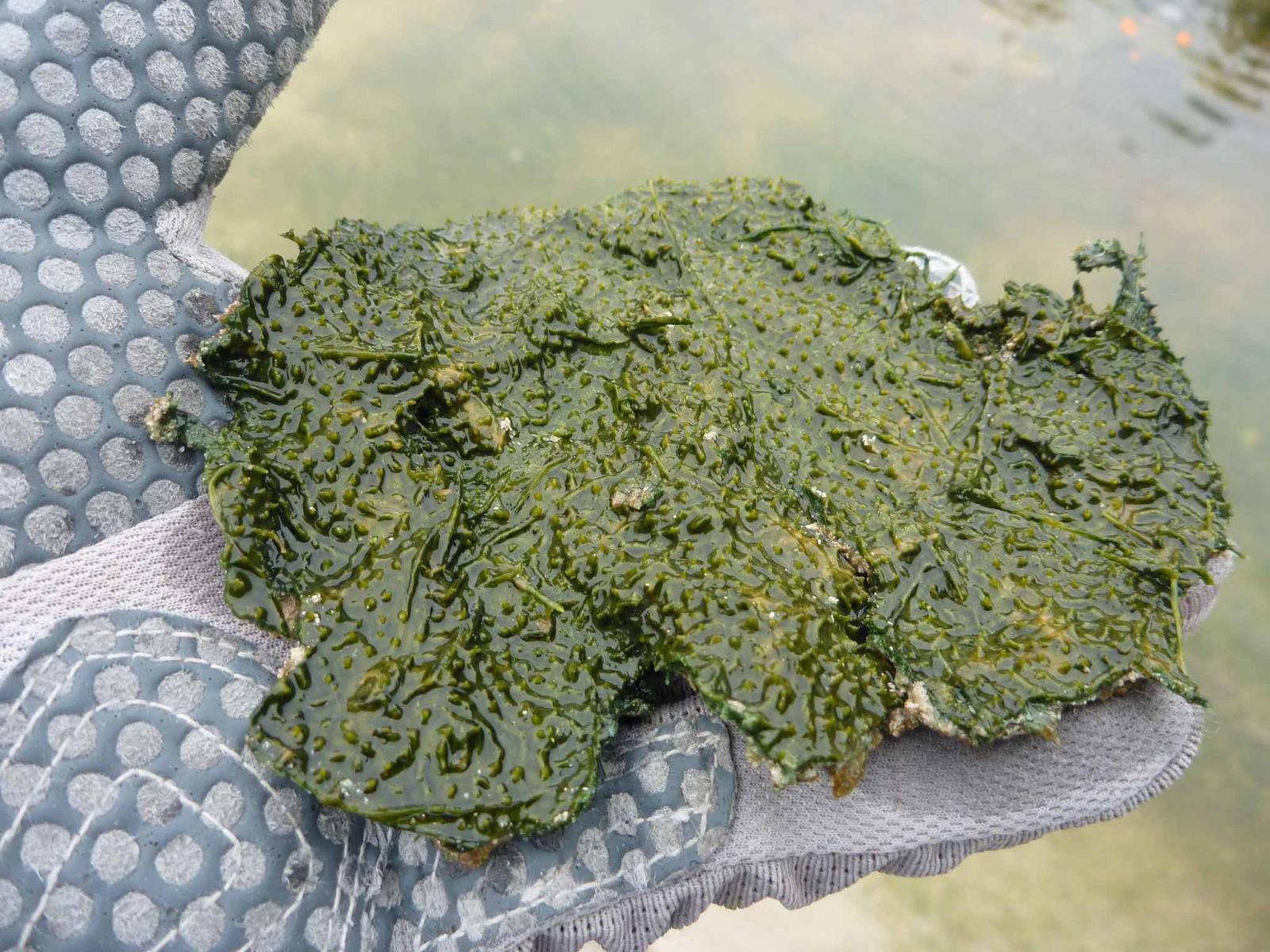 A chunk of the microbial mat from Hot Lake that is under study by PNNL researchers. The lake is near Oroville, Wash., close to the Canadian border.

It's no different for microbes, where scientists have found more evidence that vitamin B12, a substance produced by only a few organisms but needed by nearly all of them, wields great power in the microbial world. The findings lend credence to the idea that B12 helps shape microbial communities — ubiquitous structures that affect energy and food production, the environment, human health, and many other processes.

"12 is very expensive for any organism to make. ... That's a signal that the substance is highly valuable and carries out important functions.

Scientists at the Department of Energy's Pacific Northwest National Laboratory report their findings about B12's clout this week in the online early edition of the Proceedings of the National Academy of Sciences.

Wright's team made the findings in a bacterium known as Halomonas sp. HL-48, a rare supplier of the vitamin in its microbial community. The sample in the study hails from a microbial mat — a community in which microbes band together in layers — in Hot Lake in northern Washington state. The Hot Lake microbial mat has dozens of community members, living together and trading nutrients like carbon and oxygen in hot, salty water, thick with growth of algae and other micro-organisms.

Scientists have known that vitamin B12 controls crucial genes and enzymes in microbes involved in building DNA and proteins. But several scientists, including Andrew Goodman at Yale and Michiko Taga at University of California at Berkeley, have found indications that B12 wields even broader influence.

Wright's team found that B12 interacts with 41 different proteins in the bacterium. They found that B12 is central to the regulation of folate, ubiquinone, and methionine — substances crucial to the ability of microbial cells to create energy, build proteins, repair DNA, and to grow. The findings about methionine show an expanded influence of B12 compared to what has been known. The vitamin also changes the instructions it sends to genes depending on whether it's day or night — not a surprise in a community of organisms for which light is a central driver.

"B12 is very expensive for any organism to make. It takes a lot of energy for a microbe to synthesize, since there are more than 30 biochemical steps required. That's a signal that the substance is highly valuable and carries out important functions," said Wright.

To make the findings, Wright's team created a chemical mimic of vitamin B12 that works just like the natural substance but which scientists can track more closely in living cells. Through a system called affinity-based protein profiling, Wright's group is able to tag the molecules to see precisely where they are active. Then the team uses techniques like mass spectrometry to identify and measure proteins of interest.

The work was funded by the U.S. Department of Energy Office of Science, with additional funding from the Russian Foundation for Basic Research and the Russian Academy of Sciences. The mass spectrometry-based measurements were performed at EMSL, the Environmental Molecular Sciences Laboratory, a DOE Office of Science User Facility at PNNL. Authors of the paper also include scientists from the Sanford-Burnham-Prebys Medical Discovery Institute and Polytech Nice-Sophia.

Elucidation of roles for vitamin B12 in regulation of folate, ubiquinone, and methionine metabolism