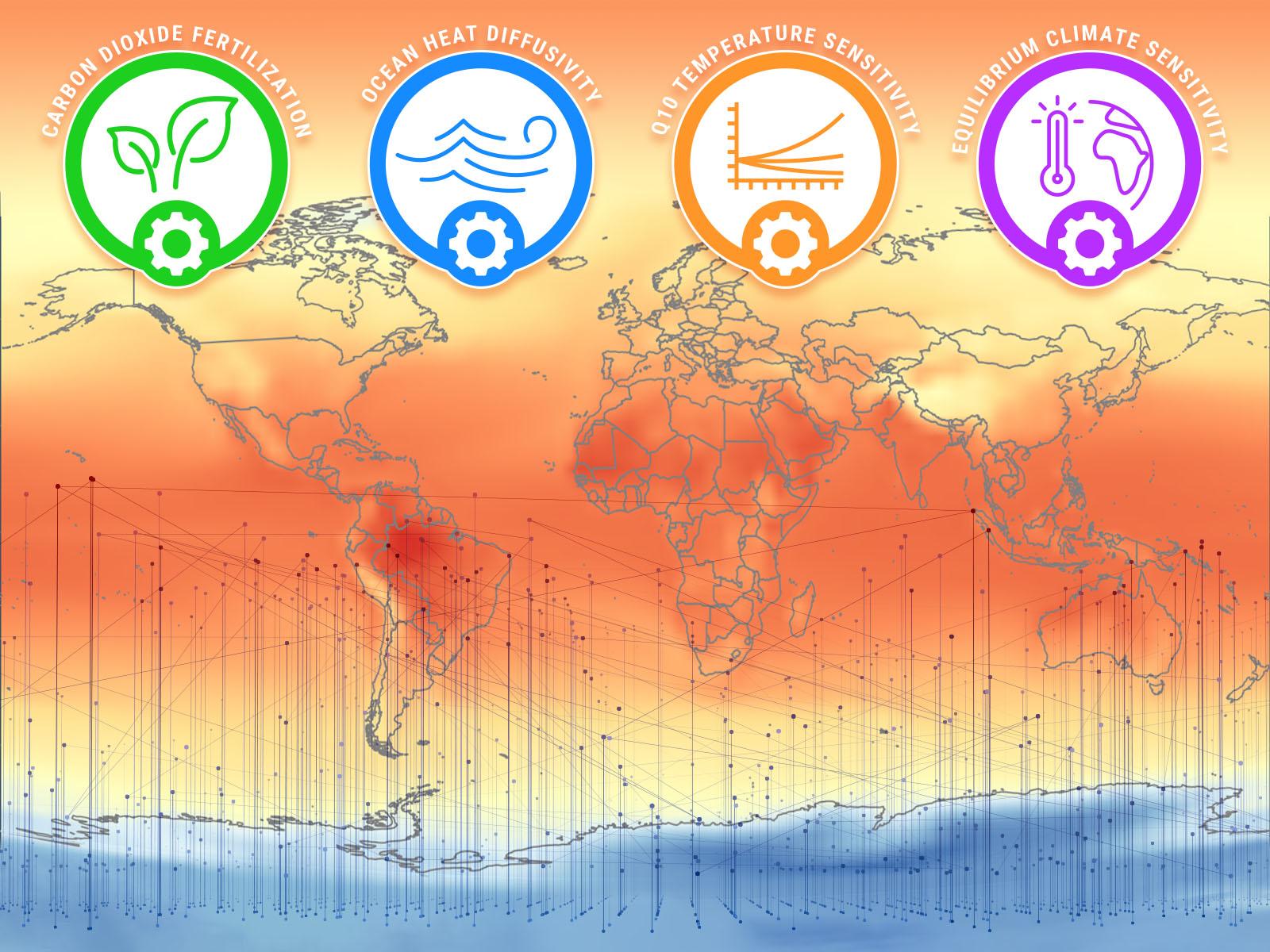 PNNL scientists have developed a user interface that enables anyone with an internet connection to perform simple climate modeling.

Computer-based models are a fundamental tool used by Earth scientists to simulate and project alternate futures of the global environment. However, using traditional climate models generally requires mathematical expertise, a deep understanding of climate-related parameters, and advanced programming knowledge, all of which can take years to master and make interacting with climate models a challenge for any non-specialist.

What if anyone with an internet connection could do simple climate modeling without needing to program anything? A team of scientists from the U.S. Department of Energy’s Pacific Northwest National Laboratory (PNNL) set about turning that idea into reality.

“We wanted to find a way to push fundamental science forward while broadening the reach of the global climate modeling community,” said PNNL data scientist and team leader Chris Vernon.

Making climate modeling work for everyone

Now, a web-based version of a climate modeling tool developed at PNNL enables non-experts to explore climate models, allows researchers to easily generate and incorporate new data into their own work, and teaches university students to learn how to use climate models for research.

The team started with hector, a well-established climate emulator that accurately reproduces the temperature projections of complex climate models while using a fraction of the computational demand. But using hector generally requires downloading, installing, and then preparing computer code. For people with limited coding experience or who don’t have permission to install software to a school or work device, these steps are a roadblock.

The team designed a web-based interface for hector that allows users to see what happens to global temperatures under different conditions.

Benefits of a hector user interface

Hector has been freely available to the scientific community for years and allows researchers to test how a wide range of conditions will affect regional and global temperatures. The PNNL team started with its fundamental capabilities and worked to incorporate them into an easy-to-use interface: hectorui.

Using hectorui, researchers can explore how altering parameters, including several related to aerosols and ocean heat, affects future temperatures. Hectorui includes a tutorial that guides new users through setting up and running an experiment with its various functions. Non-experts can run basic experiments and learn how climate models operate, while researchers can directly download the quickly obtainable data from the interface to use in their own studies.

After setting parameters, users run experiments and produce graphs representing measurements ranging from the average global temperature, the level of carbon in the atmosphere, or the temperature at the ocean surface. The charts show trends from 1900 through 2100 based on one or more carbon emissions scenarios, enabling users to compare the impacts of changes on different levels of carbon dioxide.

The output moves beyond simple charts—hectorui can produce global temperature or precipitation maps of any selected year up to 2100. The maps show either the projected output for the selected year or historical changes since 1900. These responsive maps offer a zoom function to explore more detail in any area of interest.

Engaging the next generation of climate modelers

With such a straightforward and accessible model, the team sees hectorui as useful outside the research community—specifically in the classroom.

In higher education, climate model simulation experiments often take weeks to compute, making them impractical for routine use in courses. This limits how much students can accomplish in a quarter- or semester-long course, particularly if a problem needs an iterative approach. University instructors are already seeing the advantages of an accessible tool.

“Hectorui is a great way for students to learn how to do modeling-based science in a low-stakes environment,” said Ben Kravitz, an assistant professor at Indiana University and joint appointee at PNNL who plans on incorporating hectorui into his courses. “If you mess up a simulation, which always happens when you're starting out, hectorui only takes a few seconds to rerun rather than weeks or months.”

The provided tutorials can help educate students about climate modeling and serve as potential case studies in a class before independent research projects.

Building a suite of interactive models

Hector is part of a suite of tools created by PNNL for modeling future Earth system changes integrated into the freely available Global Change Analysis Model, a community model developed at PNNL over the course of 30 years. Several of the tools, along with hector, have names based on Greek mythology, including persephone for crop yield, demeter for land use cover, and xanthos for water availability. These tools and modeling codes are freely available but require coding experience to operate—for now. The team is working on developing web-based applications for these tools as well.

The process may take some time, but the team sees potential benefits from enabling student-run experiments to translate high-level research. Each tool can help answer specific research questions, and combining several tools can increase the scope of questions researchers seek to explore in greater detail. PNNL scientists Stephanie Pennington and Zarrar Khan are continuing the development of key visualization products like hectorui to help elucidate traditionally complex modeling for future users.

This work is part of the Global Change Intersectoral Modeling System project, led by Kate Calvin at PNNL, who also holds a joint appointment in the School of Public Policy at the University of Maryland. This research was supported in part by the U.S. Department of Energy, Office of Science, as part of research in the MultiSector Dynamics program area, Earth and Environmental System Modeling Program. The authors also received support for this research through the U.S. Environmental Protection Agency.