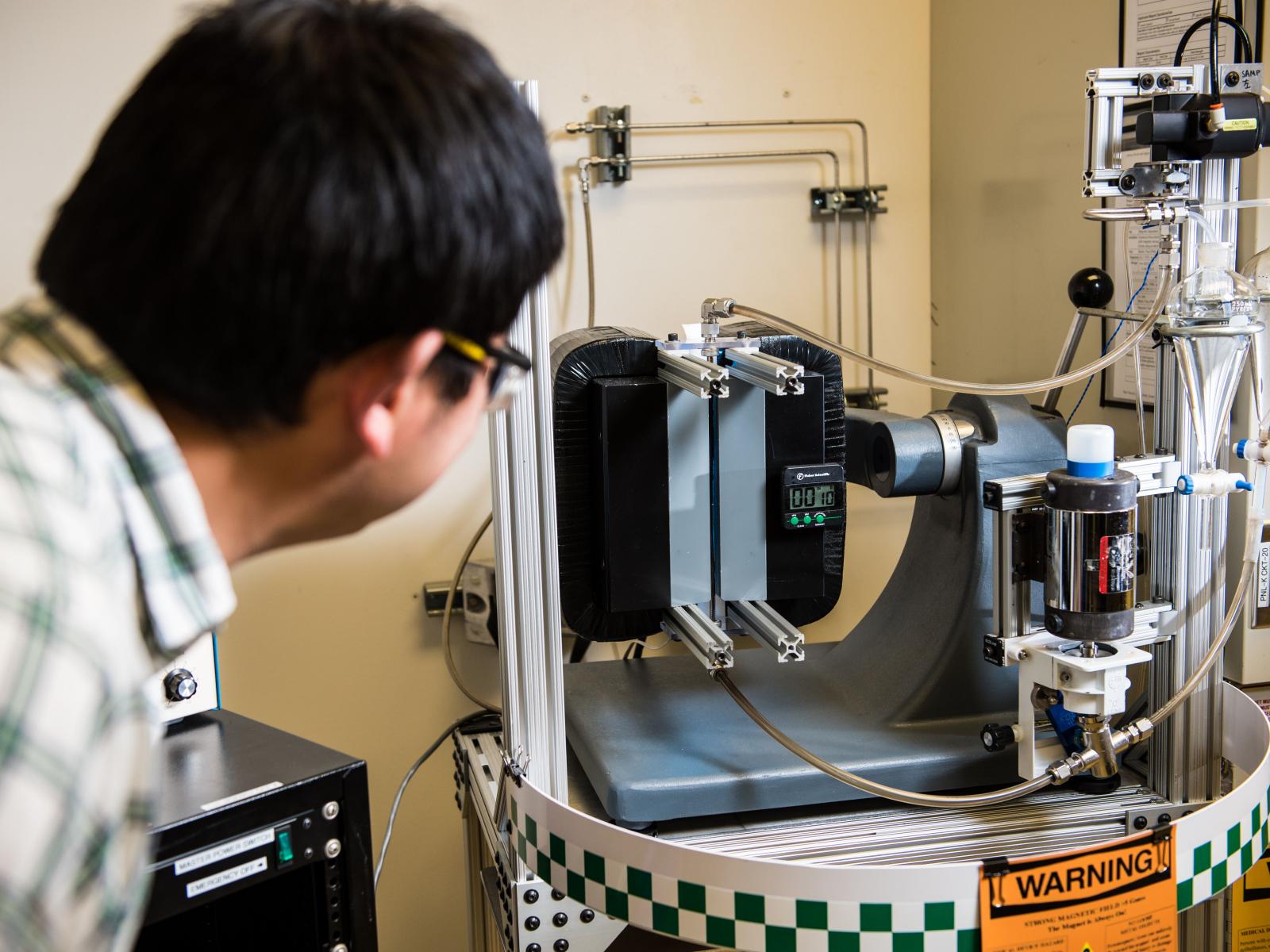 Centuries ago, alchemists tried to turn lead into gold. While they were not successful, the prospect of coaxing valuable materials from abundant sources remains tantalizingly attractive.

Today, scientists at the Department of Energy’s Pacific Northwest National Laboratory are working with industry to test an approach that uses magnetic nanoparticles to capture critical materials, such as lithium, from various water sources.

Lithium is an essential ingredient in many electronic and energy technologies, including the lightweight lithium-ion batteries that power everything from cell phones to electric vehicles.

The global market for lithium is projected to reach $8.2 billion by 2028, but precious little is produced in the United States.

Not only does PNNL’s patent-pending technology potentially give the U.S. an opportunity to produce more of its own lithium and other critical materials, but it also offers a much faster and less expensive way of doing so.

PNNL is developing magnetic nanoparticles that are surrounded by an adsorbent shell that latches onto the lithium and other metals found in water associated with various industrial processes.

These sources could include the water in geothermal power plants, known as geothermal brines, or water pulled from the subsurface during oil or gas production. The particles also could be used in effluents from desalination plants, or even directly from seawater.

Once the tiny, iron-based particles are added to the water, the lithium is drawn out of the water and binds to them.

Those processes can take months or even years and impact groundwater management in the arid regions where they are mainly deployed.

While the PNNL process goes to work immediately, today’s processes are a bit like waiting for the water to evaporate from a pitcher of lemonade in hopes of reclaiming the powdered mix settling at the bottom.

If this technology were deployed at geothermal plants, the value of recovered lithium could potentially increase the cost-effectiveness of this form of renewable energy, which uses water to capture the heat deep below the Earth’s surface and then converts it into electricity.

PNNL is further developing this technology in a partnership with Moselle Technologies, which has licensed it and plans to pilot it in several locations.

This effort and the follow-on activities are great examples of how the national laboratories collaborate with commercial entities to transition lab research into real-world solutions.

For instance, researchers at PNNL are conducting long-duration tests of the magnetic separator system for potential use with oil and gas extraction processes, which could create an additional revenue stream to offset production costs.

In addition to Moselle, they are teaming with other commercial partners to evaluate the use of the technology for their lithium resources in Nevada and Canada.

Finally, with an eye on a different set of applications, researchers at PNNL are customizing the shell of the nanoparticle to specifically target other commercially valuable, strategically important elements and minerals used in energy technologies, medical imaging devices, electronics and more.

For example, they are collaborating with Moselle and Geo40 to explore the possibility of extracting cesium and antimony from geothermal brines at a geothermal plant in New Zealand.

Though none of these efforts amount to sorcery, one could forgive the alchemists of yore for mistaking this marvel of chemistry for magic.

PNNL’s novel approach is truly remarkable. It offers the promise of extracting critical minerals in a quick, cost-effective manner. And innovation like this just might be worth its weight in gold.